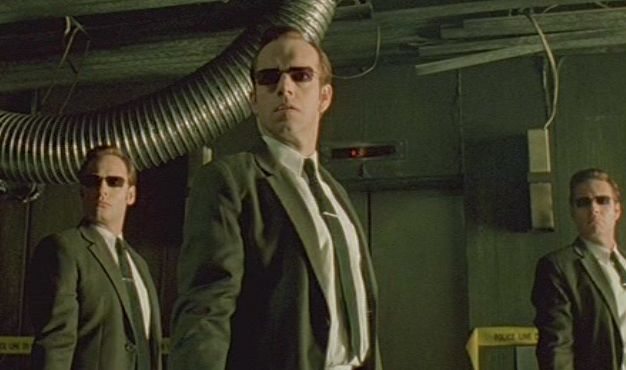 A journalist who used to cover music for Forbes – and who currently writes for several other publications – received an unexpected visit from representatives of a joint terrorism task force this week. In fact six agents descended on Michele Catalano’s Long Island, N.Y. home on July 31 – conducting a warrantless search of the premises and asking all sorts of invasive questions of her husband.

Catalano was at work when the raid took place, but got an alarmed phone call from her spouse …

“At about 9:00 am, my husband, who happened to be home yesterday, was sitting in the living room with our two dogs when he heard a couple of cars pull up outside,” she wrote. “He looked out the window and saw three black SUVs in front of our house; two at the curb in front and one pulled up behind my husband’s Jeep in the driveway, as if to block him from leaving.”

What prompted this show of force? According to her Twitter timeline, weeks earlier Catalano and her husband had been searching the internet (independent of each other) for two items which both happened to have been used in the Boston Marathon bombing earlier this year.

Pro tip: don’t do a search for pressure cookers right after your spouse does a search for backpacks if you don’t want the FBI at your door.

Wait … how on earth did a joint terrorism task force know what Catalano and her husband had been looking at on the internet? Oh wait … that’s right … we’re a nation under surveillance, aren’t we?

Exactly … and according to Catalano, the snoops who visited her home said they “do this about 100 times a week.”

Catalano’s story broke on the same day that the federal government’s massive spy system – dubbed “XKeyscore” – was exposed. According to documents obtained by The (U.K.) Guardian,“XKeyscore” is used by the government’s National Security Agency (NSA) to track internet searches, emails, online chats and “nearly everything a typical user does on the internet.”

And while the administration of U.S. President Barack Obama continues to deny the existence of such a program (or acknowledge the fact it is being used on American citizens), Catalano’s case is proof positive that Big Brother is indeed watching – just like NSA leaker Edward Snowden said.

Wake up, Sheeple … this is happening.

And for the record, this is why we call the federal government an “Evil Empire,” and why we refer to its statist spy supporters Nazis.

“If the jackboot fits …”

The Next Ron Paul?