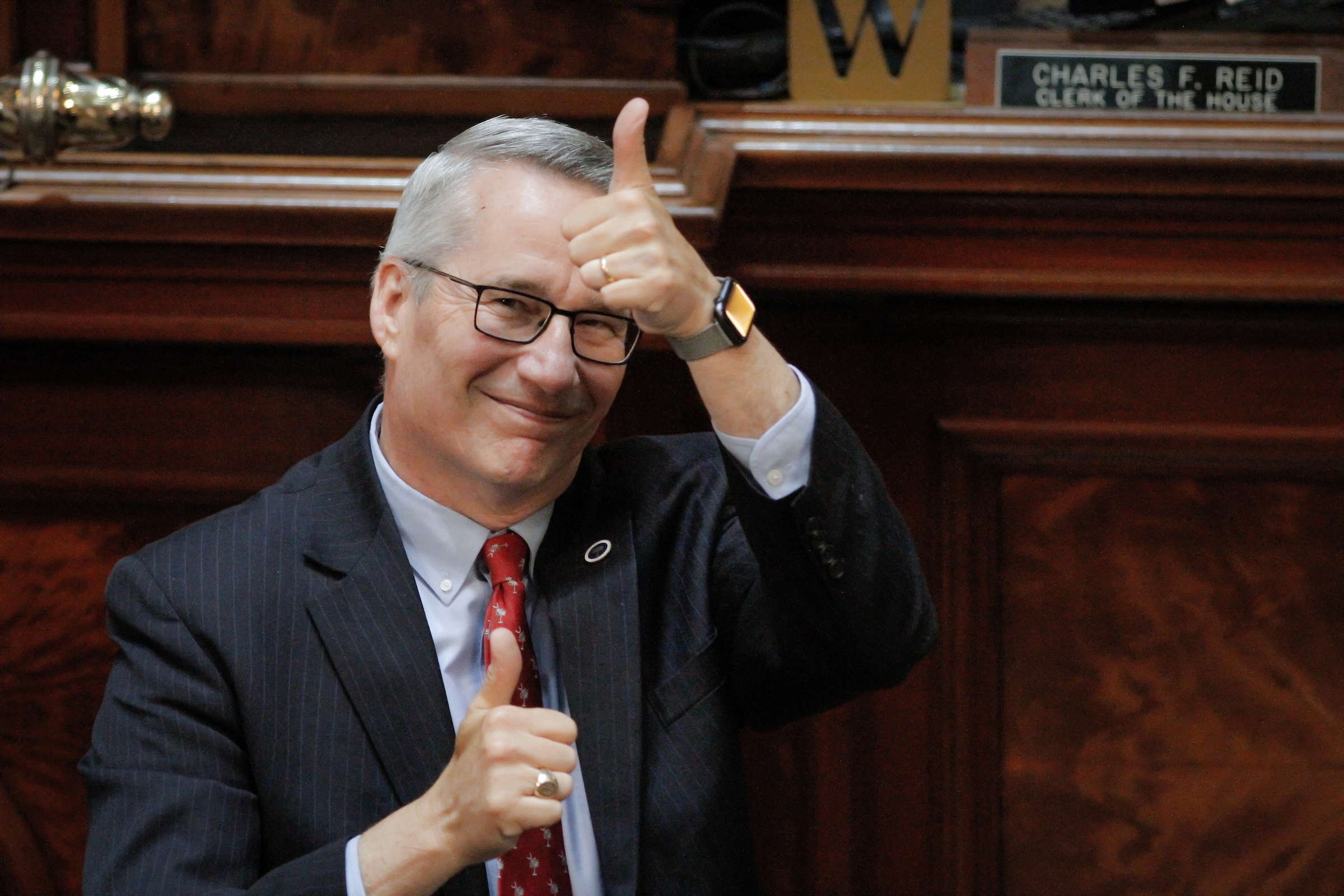 The second-in-command of the purportedly “Republican-controlled” South Carolina House of Representatives joined a chorus of legislative leaders in pushing back against criticism of a “loyalty oath” imposed by him and other fiscal liberals in this so-called SCGOP “supermajority.”

In an email blast sent on Saturday morning (January 21, 2023) to his constituents, S.C. speaker pro tempore Tommy Pope accused this news outlet of spreading “inaccurate and disingenuous” information regarding the oath.

“As you will hopefully see the portrayal by FITSNews and others as a loyalty oath, or that members cannot take pictures of the (House voting) board or that (S.C. majority leader) Davey Hiott and I are the ring leaders working to drive members of the Freedom Caucus out is inaccurate and disingenuous,” Pope wrote.

Pope went on to complain that “responding to these intentional falsehoods and external inaccuracies is time consuming” – and further accused critics of the oath of acting out of self-interest.

“Those that promote (the oath criticism) often realize a benefit, financial or otherwise and apparently have the time and resources to chase fabrications rather than focusing on the work of the people,” Pope wrote. “I do not!”

That’s a pretty bold claim, isn’t it? Honestly, I’ve probably taken a bit of a financial hit devoting so much ink to this story at the moment South Carolina’s ‘Trial of the Century‘ is about to begin in Walterboro, S.C.

Still, part of me cannot help but acknowledge the (attempted) agility of a politician who is caught red-handed in something nefarious doing his level best to flip the script to his benefit …

Pope and his allies are just holding an extremely weak hand, that’s all …

Cutting through the spin and misdirection, the crux of the matter remains exactly as I have reported over the past few weeks: GOP lawmakers must either vow loyalty to their fiscally liberal, anti-free market leaders or be denied access to the caucus. Indeed, Pope acknowledged that the latest iteration of the caucus rules (.pdf) – still states that no GOP lawmaker “shall engage in campaign activities of any kind against any other caucus member in good standing.”

Indeed, he confirmed that members who bind themselves to this prohibition – a definitional oath of loyalty – are not allowed to join the “supermajority” (for whatever that’s been worth).

Pope articulated this as benignly as possible, of course, but again … read between the lines. The ultimatum is still there.

“There is no move to block any Republican member from joining the Caucus, they simply need to agree to abide by the rules,” Pope wrote.

Including a rule that prohibits them from supporting conservative challengers or engaging in “any kind” of campaign activities against liberal GOP incumbents.

As I noted in my prior coverage of this issue, “that’s an incredibly broad prohibition … not to mention a clear effort on the part of GOP leaders to insulate left-of-center establishment ‘Republicans’ from credible conservative challengers next year.”

Also, as I have previously reported, multiple sources have confirmed that these GOP leaders were “weaponizing” this rule by adopting excessively broad interpretations of the term “campaign activities.”

Even if we assume Pope’s assertion that the oath is limited to campaign endorsements is accurate, it remains “a brazen attempt by the left wing of the ‘Republican’ party … to prevent those on the right from gaining additional seats within the caucus.”

Look, I understand Pope and his fellow left-of-center ‘Republicans’ – who have built their careers around defying the will of the people – are upset that several of their fellow fiscal liberals were vanquished last spring by more conservative candidates. And I understand they are most eager to prevent that from happening in the future.

But their failure to address the heart of this matter (and now shift the blame to those calling them out) is disappointing – and strikes me as “further evidence that the fiscally liberal GOP leaders who are pushing this loyalty oath aren’t interested in the truth. And aren’t to be trusted.”

Seriously … the GOP leadership is whiffing hard on its responses here.

If Pope is serious about fostering a “diversity of opinion” amongst the GOP caucus, then he and his fellow legislative leaders should drop the rule that muzzles Republican lawmakers from expressing their opinions in next spring’s primary elections. Until they do, this news outlet will continue calling the rule exactly what it is – a “loyalty oath.”

And calling out its advocates whether they like it or not …

Thank you for continuing to shine a light on their deception. We must oust these liberals who more closely align with Democrats than with Republicans!