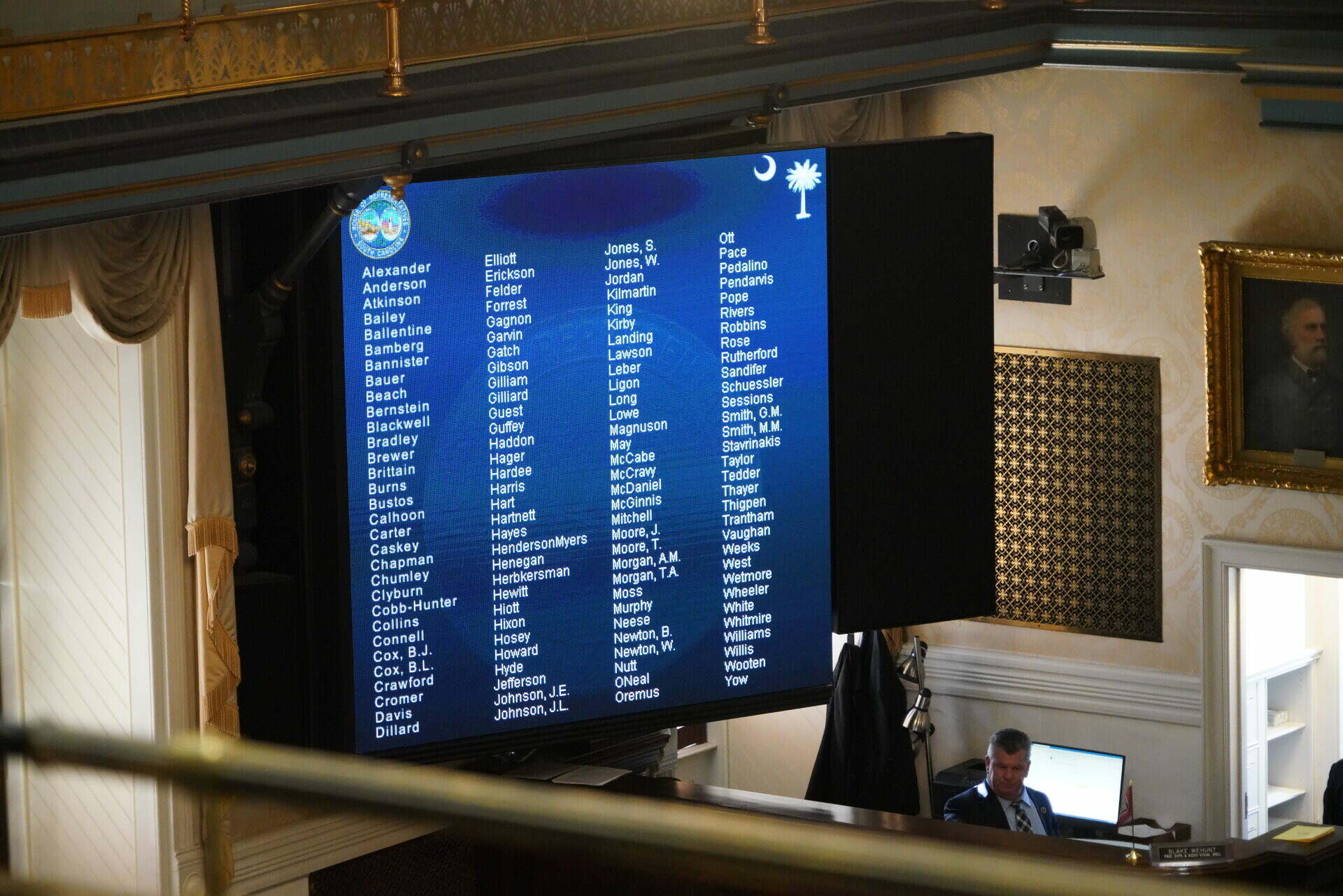 One of the ranking members of the South Carolina House “Republican” caucus fired back at critics of a “loyalty oath” being pushed by leaders of the SCGOP “supermajority.”

Assistant majority leader Jay West and several other lawmakers were grilled about this oath during a meeting of the Anderson County Republican Party held on Monday evening (January 16, 2023).

“I’d like to know more about that,” one constituent asked West, referring to the oath. “I’m not sure I’m okay with people having to sign a pledge.”

“I don’t think that should be done behind closed doors,” the female constituent continued. “I think voters have the right to know what the leadership is asking our representatives to sign.”

“I agree,” another female constituent added.

West largely whiffed in his responses to these questions …

“I can’t discuss what is actually going on within the caucus but I can tell you that everything is gonna be put out this week for public view – I’m assuming even the caucus rules are going to be put out there,” West said.

Actually, those rules are already out there. This news outlet published them (.pdf) yesterday when we aired an excerpt from an interview with newly elected state representative Joe White of Newberry County.

The rule driving this debate holds that no lawmaker “shall engage in campaign activities of any kind against any other caucus member in good standing.”

“It’s an incumbent protection racket, in other words,” I noted in a recent report.

Among the purportedly verboten “campaign activities?” Posting images of the House’s electronic voting board on members’ social media pages – and a prohibition from discussing the “internal processes” behind House votes during public appearances.

West fired back at those characterizations …

“There are some things that have been said that really aren’t true – one of those would be that you can’t take a picture of the (voting) board and put it up on Facebook,” West said. “Anybody in that room – in the chamber, in the balcony, anywhere else – that’s public information.”

“I think the concern has been … that there is a lot of misinformation and disinformation out there and the truth is I think there’s a lot of people who are trying to represent their constituencies and do the right things,” West said.

Last time I checked, West had it right the first time when he referred to this as “public information.”

“So there wasn’t – you weren’t asked to sign an oath?” one constituent pointedly asked the veteran legislator.

“You had to sign that you received the rules and read the rules,” West responded.

Challenged on this point, a constituent told West she had “heard personally that if you did not sign that oath you are not allowed in the meetings.”

“Right, that is the way it is right now,” West confirmed. “That is correct.”

House leaders were reportedly negotiating with the 20 lawmakers who have refused to sign this oath into the morning hours on Wednesday, but as of this writing there is no resolution to the standoff.

Tommy Pope said it in the house that basically taking a picture of the voting board was wrong. That says a lot about what these “republican” club members think of the people of SC….

Once again jbl1a, you hit the nail squarely on the head!

Are Tommy Pope and Davey Hiott doing what is in the best interest for the people of South Carolina? In a word, NO!