Joe White: “You can’t buy me, you can’t bribe me and you can’t seduce me.” 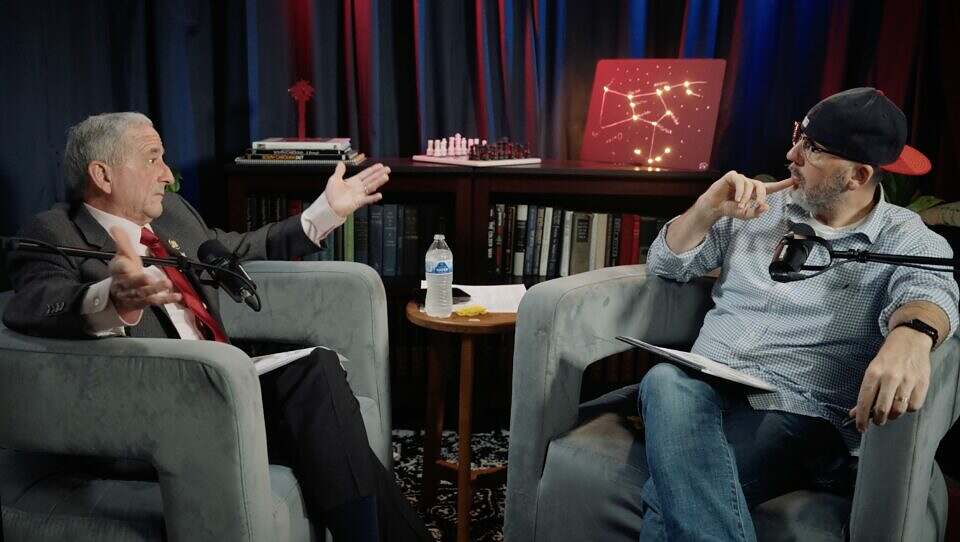 In recent weeks we’ve had the pleasure of welcoming some of the newest members of the South Carolina House of Representatives into our studios for conversations about the upcoming session of the S.C. General Assembly.

Late last week, we sat down with newly elected state representative Joe White of Newberry County in the hopes of getting his thoughts on the ongoing drama surrounding the “loyalty oath” being pushed by leaders of the SCGOP “supermajority.”

This oath is being pushed by new “Republican” majority leader Davey Hiott of Pickens County and S.C. speaker pro tempore Tommy Pope. It would prohibit House members from endorsing or campaigning on behalf of anyone challenging a GOP incumbent in next spring’s primary elections.

The oath – taken from the latest iteration of the caucus rules (.pdf) – states that no GOP lawmaker “shall engage in campaign activities of any kind against any other caucus member in good standing.”

It’s an incumbent protection racket, in other words …

Beyond this, several House members have accused Hiott and Pope of “weaponizing” this rule via an excessively broad interpretation of the term “campaign activities.”

During his visit to our studios, I asked White – a retired businessman who was elected last fall to represent the people of S.C. House District 40 (.pdf) – for his take on the standoff. White harkened back to the Biblical story of Jacob and Esau – the latter of whom was convinced by the former to forego his birthright for a bowl of soup.

“Joe White is never going to sell his soul for a bowl of soup,” White told me. “I said when I was campaigning … you can’t buy me, you can’t bribe me and you can’t seduce me.”

“If I tell you I will sign something, I’ll abide by it – if I tell you I won’t sign something, I won’t abide by it,” White said. “God gave us three inalienable rights – life, liberty and the pursuit of happiness. If you try to take any of those away from me, I’m willing to die for them. When I held up my hand and went in the Air Force and pledged to uphold the Constitution of the United States, I meant it. I’m willing to die for my freedom – and one of those freedoms is that First Amendment, the right to free speech.”

“Anything that keeps me from being able to express myself freely, I will not be for,” White said. “So I continue to hope, I continue to pray that this thing does get resolved – and I hope and pray that at some point everyone will understand everything that has gone on. But at this point, I think it’s still a pretty difficult subject. I’m sorry that I can’t say a whole lot about it – but I think I made myself clear that I believe if you try to take any of my rights away from me, you know, I don’t need a bowl of soup.”

Sounds to me like we have identified at least one of the 18-20 members of the S.C. House GOP caucus who is refusing to be muzzled by the “Republican” majority …

Good for him … and good for all the other lawmakers standing up against the failed status quo at the S.C. State House.

Hopefully these lawmakers will hold the line … and hopefully more of their colleagues will join them in putting the interests of constituents ahead of the special interests which routinely buy and sell their party leaders.

While White’s comments on the loyalty oath saga are instructive, his purpose for joining us in the studios this week was to discuss the Palmetto State’s failed system of “justice” – and his efforts to propose substantive reforms to it.

Obviously, our audience is following that issue very closely … and I was incredibly impressed by the work White is putting in on it.

Stay tuned for our full conversation later this week …

Why couldn’t he just answer the question directly? Is there anyone left with a spine?

Oh, Nanker, Joe’s got a spine. You wish that the rest of the house had the character that Joe has. He is a good, honest man who lives his principles. Period. Good for Joe.

Every Representative, on either side of the aisle; has a first obligation to represent his constituents- NOT his party. Outside of that, he has a moral obligation to do what HE thinks is right- NOT what his party boss thinks. There is way too much “Party think” going on in the State and Federal govt assemblies; and lifetime incumbents are a big part of it. I say we need term limits of no more than 12 years for both houses.