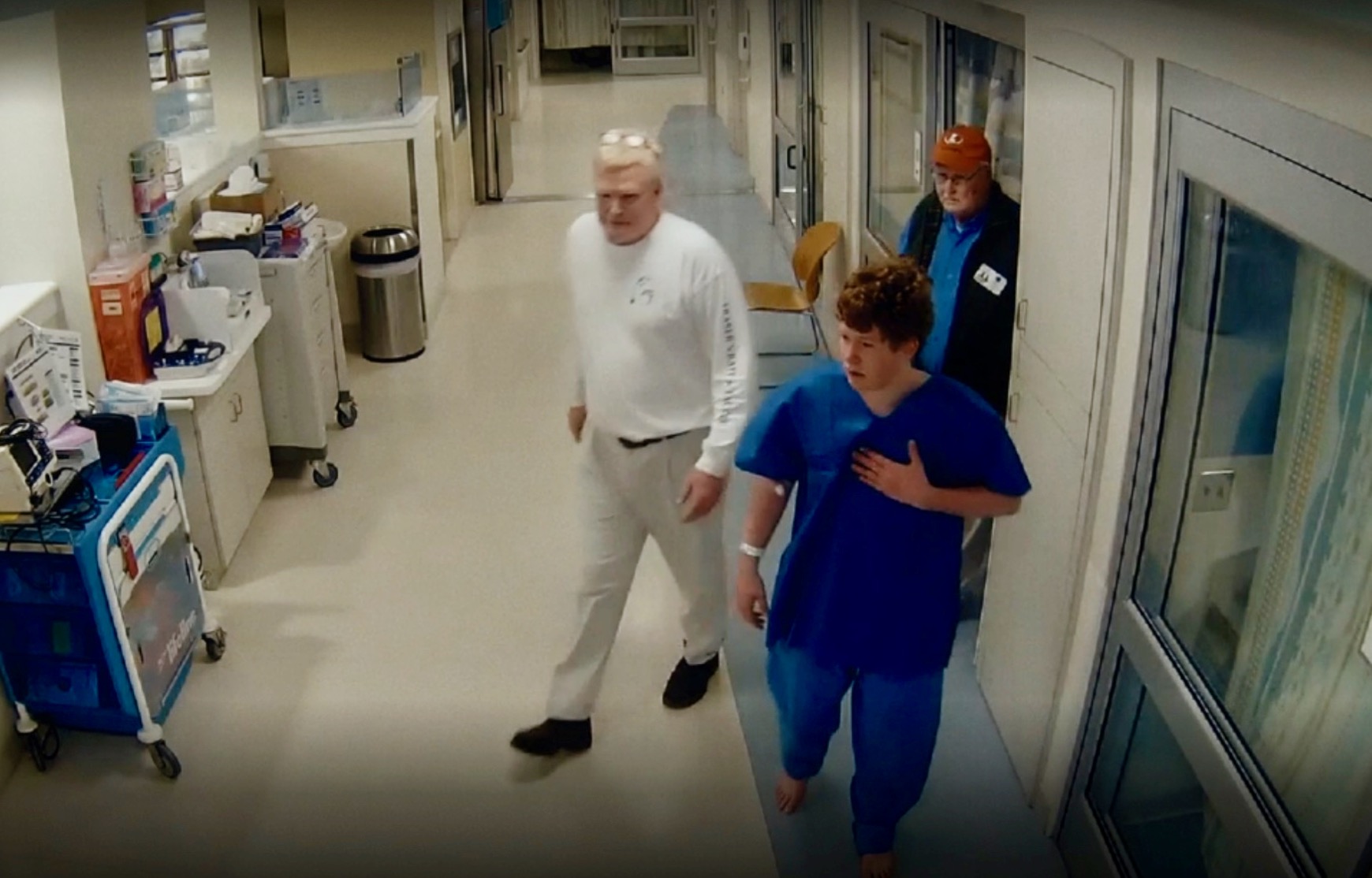 As the deluge of feature productions related to the ‘Murdaugh Murders’ crime and corruption saga ramps up, a new documentary from HBO Max has sparked a firestorm over its apparent unauthorized use of materials which were placed under a judge’s seal.

The documentary – entitled Low Country: The Murdaugh Dynasty – contains materials which were sealed in connection with a high-profile wrongful death case filed by the family of the late Mallory Beach of Hampton, S.C.

Among the materials? Surveillance footage from Beaufort Memorial Hospital recorded in the aftermath of a 2019 boat crash which thrust the Murdaugh family into the statewide limelight.

That footage is also reportedly tied to an ongoing statewide grand jury investigation into obstruction of justice allegations against several members of once-powerful “House of Murdaugh” – which ran the Palmetto Lowcounty like its family fiefdom for nearly a century.

Until the boat crash …

To recap: In the early morning hours of February 24, 2019, Beach (above) was flung from a 17-foot, center console Sea Hunt fishing boat allegedly piloted by the late Paul Murdaugh. The boat slammed into a piling near the Archer’s Creek Bridge outside of Parris Island, S.C. on that fateful early winter morning – with Murdaugh and others on the boat in a “grossly intoxicated” state.

Beach was flung into the cold, dark waters upon the boat’s impact – her body discovered a week later by fishermen.

The boat allegedly driven by Paul at the time of the crash belonged to none other than Alex Murdaugh, the disbarred 54-year-old attorney who stands accused of killing both his son Paul and his wife, 52-year-old Maggie Murdaugh, on June 7, 2021. These murders were committed just three days before Alex Murdaugh was scheduled to appear in court to answer for his failure to turn over financial records to the Beach family attorneys in connection with the wrongful death case.

To quote the late Randolph Murdaugh III – one of three Murdaughs to hold the post of S.C. fourteenth circuit solicitor between 1920-2006 – Paul Murdaugh was “drunker than Cooter Brown” at the time of the crash. State prosecutors agreed, and Paul Murdaugh was charged with three counts of boating under the influence by the office of S.C. attorney general Alan Wilson.

He was murdered before he could stand trial, however.

Both Murdaugh III and Alex Murdaugh were at the hospital on the evening of the crash. According to the sources familiar with the surveillance video, it depicts Alex Murdaugh’s movements within the hospital – including footage of him entering and exiting the rooms of boat crash passengers.

That footage is consistent with what witnesses told SCDNR transpired that morning.

According to the witnesses, Murdaugh III and Alex Murdaugh (above) appeared at the hospital ten minutes after Paul Murdaugh arrived and immediately began “orchestrating” a plan to handle the criminal investigation.

One of the nurses said Alex Murdaugh was monitoring the emergency room screen — presumably trying to track down boat crash victims. She told SCDNR it seemed as though Alex Murdaugh was “trying to orchestrate everyone” and get them “on the same page.”

Several nurses observed a “cold and detached” Murdaugh moving from room to room, telling the charge nurse “I’m responsible for all of these kids.”


The charge nurse smelled alcohol on Alex Murdaugh and told a security guard to “keep an eye on (him)” because he was “trying to enter other patients’ rooms,” according to the SCDNR report.

Specifically, Alex Murdaugh was seen multiple times trying to get into the room of Paul’s former girlfriend, Morgan Doughty of Ridgland, S.C., who was also a passenger on the boat.

“(Alex) Murdaugh tried getting into her room, telling the nurse, ‘he (has) to tell her what to say,’” the report noted.

Doughty’s statement in the SCDNR report corroborated this allegation.

“(Alex) Murdaugh kept trying to enter my room multiple times but my nurse would not allow him to,” she told SCDNR. “In the hallway, he kept saying I was with him and that he needed to tell me what to say.”

Doughty (above) did not allow Alex Murdaugh into her room. However, a SCDNR officer noted Alex Murdaugh attempting to enter her room as he was taking her statement.

Another hospital employee told SCDNR Doughty got “anxious” whenever Alex Murdaugh was around.

Alex Murdaugh was also seen speaking multiple times with Connor Cook – a passenger on the boat who broke his jaw in the crash – saying “they were going to figure everything out.” Meanwhile, an emergency room technician at the hospital told SCDNR she overheard Alex Murdaugh tell Cook he was “handling it” – and that he should not say anything to anyone about what happened on the boat.

At one point, Murdaugh III reportedly told his grandson to “shut the f*ck up.”

The elder Murdaugh was reportedly incensed with his grandson over his behavior.

This isn’t the first time confidential materials tied to the Beach wrongful death case have wound up in Murdaugh-related documentaries.

Photos of Beach’s dead body appeared in an Investigative Discovery documentary co-produced by Gregg Roman, a Middle East policy expert from Philadelphia, Pennsylvania. In addition to his role on the documentary, Roman published a blog post in 2021 which contained all sorts of inside information on the Murdaugh family.

This inside information was reportedly taken “word for word” from a research document entitled ‘The Murdaugh Report,’ which was prepared by corporate communications consultant Wesley Donehue – a political operative formerly in the employ of Greg Parker, founder of Parker’s Kitchen.

Both Parker and his company are named as defendants in the wrongful death case.

According to an expansive piece penned three months ago by reporter Valerie Bauerlein of The Wall Street Journal, Parker admitted to running what amounts to a stealth campaign against the fallen Palmetto State legal dynasty.

Asked directly by Bauerlein whether he conducted the stealth operation against the Murdaughs, Parker “said the proverbial quiet part out loud,” I noted at the time.


“Here’s a better question,” he told the veteran reporter, who cut her teeth in South Carolina years ago with The (Columbia, S.C.) State newspaper. “‘So what?’ Of course I did. Anybody in my situation would have done exactly the same thing.”

The leaking of these confidential files to purported “journalists” – and to ostensibly independent “documentarians” – has spawned a separate civil conspiracy case which also lists Parker and his company among the defendants.

Attorney Mark Tinsley of Allendale, S.C. is representing the Beach family in both actions.

So … did Parker’s minions leak the hospital video to HBO? One of Parker’s attorneys in the conspiracy case – Ned Tupper of Beaufort, S.C. – is listed in the credits of the HBO documentary, which would certainly be a curious coincidence.

According to my sources, however, the video appears to have been leaked by an attorney representing one of the other passengers on the boat.

Well, well … it looks like the source of the leak is none other than Columbia, S.C. attorney Joe McCulloch, who is representing Connor Cook in this action.