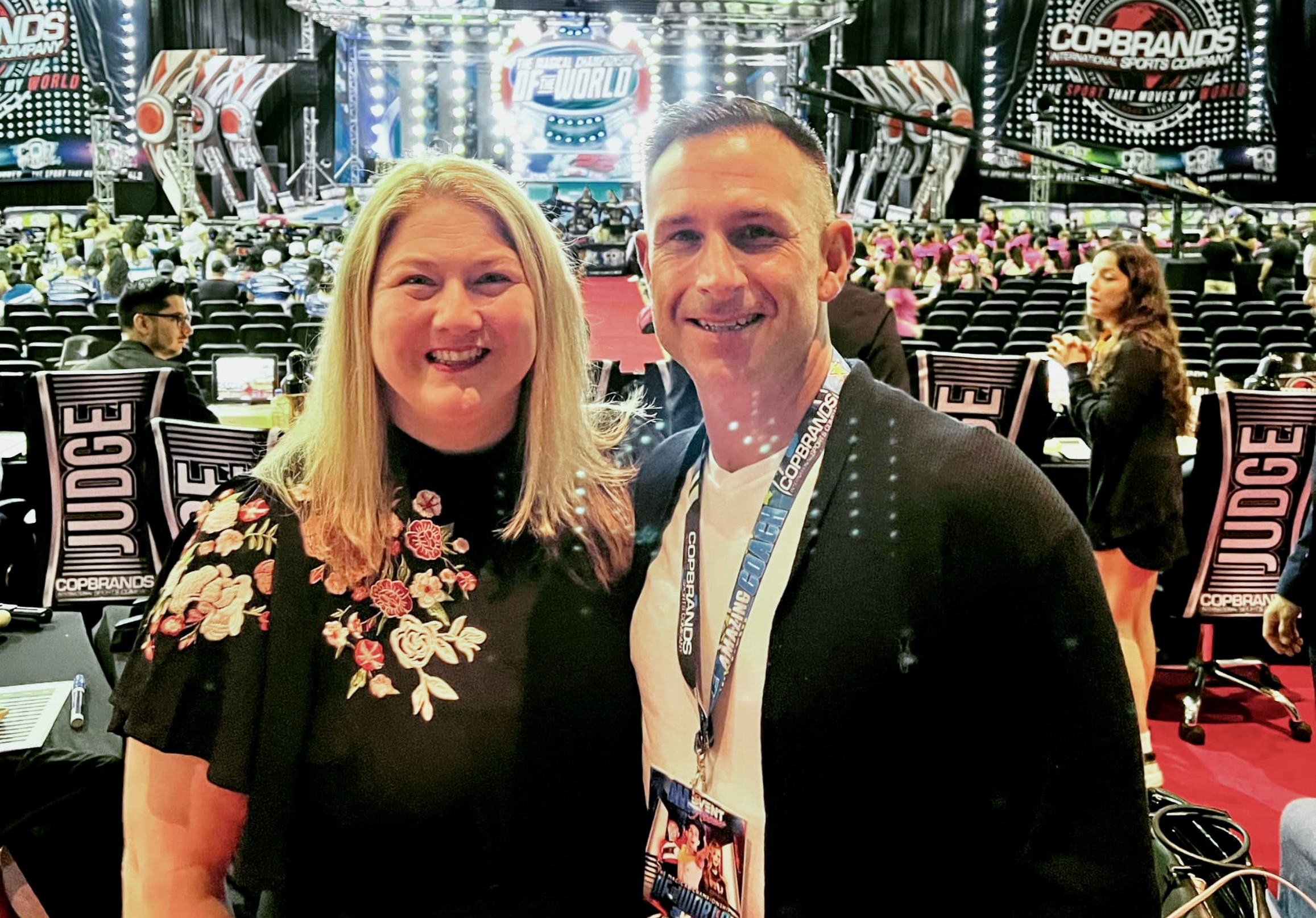 One of the most seismic claims from the recently amended federal lawsuit filed in connection with the Rockstar Cheer revulsion targeted a protégé of the late Scott Foster – the gym owner whose August 22, 2022 death by suicide thrust this saga onto the national stage.

I am referring to the rape allegation against Kenny Feeley, who – like Foster – had built a reputation as one of the most successful coaches in the highly competitive cheer industry.

On the day after his death, this news outlet first reported that Foster – a 49-year-old Greenville, S.C. businessman – was staring down “a multi-jurisdictional investigation into (among other things) allegations of sexual misconduct with underage girls.”

Feeley is the founder and owner of Spring CDT, a United States based international instructional cheerleading company which focuses on scholastic, collegiate and all-star cheerleading. Foster and Feeley both graduated from the University of Louisville, where they were members of the cheerleading team. They also both coached at Carolina All Stars, another Greenville-based gym.

According to the lawsuit, Feeley is accused of raping an unnamed, underage female cheerleader following a “private lesson” arranged by Foster. He was also accused of molesting the same cheerleader during a previous incident.

Feeley has not been criminally charged in connection with either of these alleged abuses.

Specifically, the lawsuit claimed Feeley “climbed into bed with (the underage female) and groped and fondled her, and digitally penetrated her” on one occasion. On another occasion – after Foster arranged for the same underage cheerleader to receive the private lesson from Feeley – he allegedly “gave her alcohol and marijuana” prior to transporting her to a secondary location, “where he raped her,” according to the lawsuit.

Foster was aware of the alleged rape and would even “comment on (it)” while the underage female cheerleader trained at the gym, the lawsuit alleged.

Foster allegedly “did nothing to report the rape,” it further claimed.


This week, Feeley issued a statement through his family – a.k.a. him and his wife, Lisa Aucoin – emphatically denying the allegations.

“Although we have not yet been formally notified, it has come to our attention that Kenny has been named, among others, in a wide-ranging civil lawsuit alleging a past instance of improper conduct, at some point in his career, by an anonymous individual,” the statement noted.

“We are dismayed and frankly stunned by these accusations, and to be clear, the claim is categorically false,” the statement (below) from Feeley and Aucoin continued. “Kenny has always, and will always conduct himself with integrity and professionalism, and his loving family and community stand by him with their fullest support.”

As I noted in my original report on this allegation, several sources within the cheer industry have told us Feeley is referred to by cheerleaders as “Touchy Feeley” – a reference to his alleged habit of excessive handsiness.

“As always – we remain steadfast in our convictions as long-standing advocates for greater safety, transparency and protections for all athletes in cheerleading while we vigorously defend Kenny’s. reputation against this unsubstantiated claim, and related inaccuracies and mistruths,” the statement from Feeley and Aucoin concluded.

Earlier this week, my news outlet reported on the response of another named defendant in the federal lawsuit – Tennessee-based businessman named Jeff Webb. An Oklahoma native, Webb is the founder and former owner of Varsity – a Tennessee-based company which has made billions of dollars selling cheerleading clothing and organizing cheerleading and dance camps/ competitions across the country.

The lawsuit accused Webb of being “at the forefront of the conception and execution of the alleged unlawful conspiracy” involving sex abuse within the cheer industry – an allegation he deemed “spurious and defamatory.”

After breaking this story wide open last month, our intrepid researcher – Jenn Wood – has been leading a deep dive into the alleged epidemic of sex abuse at Rockstar and within the broader cheer community. She is also the host of FITSNews’ podcast Cheer Incorporated (listen on Apple or Spotify), which is devoted to amplifying our coverage of the scandal.

Anyone willing to share information related to this saga is encouraged to reach out to Wood at research@fitsnews.com or use our tip line.  However you decide to contact us, this news outlet honors requests for anonymity regarding submissions.