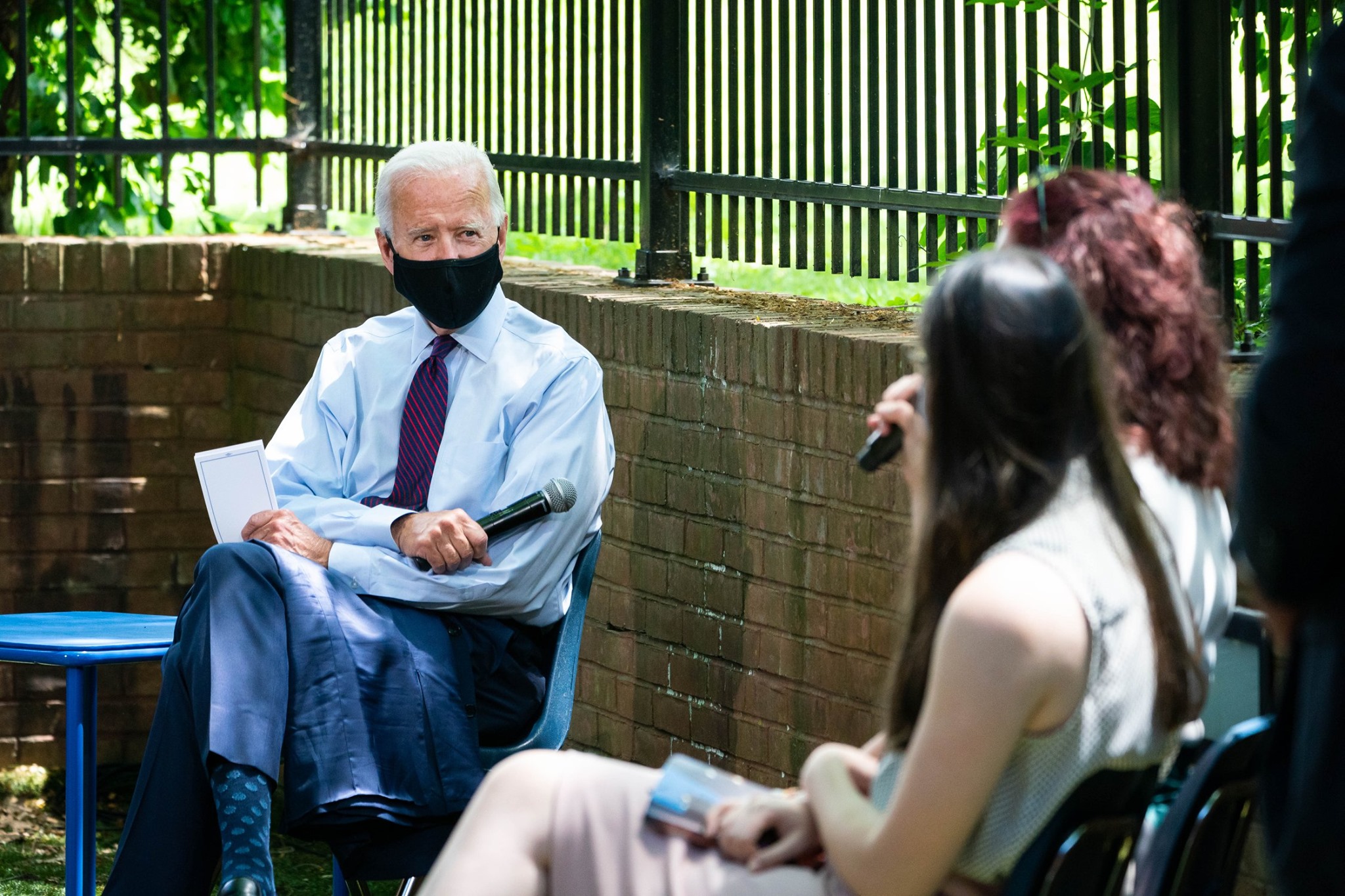 For some time now, former U.S. vice president Joe Biden has faced scrutiny over allegations that he is in a state of cognitive decline. Now there is polling on the subject … polling which suggests he should probably heed the advice of liberal columnist Thomas Friedman and refrain from debating Republican incumbent Donald Trump.

According to new data from Rasmussen, only 54 percent of likely presidential voters said they believed Biden was “capable” of debating Trump. Another 36 percent said the Democratic nominee was incapable of going up against the incumbent – while 11 percent indicated they were unsure.

Yeah, forget winning a debate … this is polling related solely to Biden’s fitness to even participate in such an exchange.

A previous Rasmussen survey found that 38 percent of voters believed Biden was suffering from some form of dementia – including 20 percent of Democrats, 66 percent of Republicans and 30 percent of unaffiliated voters who felt thusly.

Seriously … we knew that socialists (including Biden) were all about turning America into a Soviet Republic, but we were under the assumption this was some hip Alexandria Ocasio-Cortez concept, not a Konstantin Chernenko situation.

Remember Chernenko? He ruled the Soviet Union for a little over thirteen months during the mid-1980s – spending his last few months at a heavily guarded hospital in Moscow while party functionaries affixed a facsimile of his signature to official documents.

“How am I supposed to get anyplace with the Russians if they keep dying on me?” the late U.S. president Ronald Reagan is said to have remarked in 1985 after Chernenko became the third Soviet leader to pass away in less than two-and-a-half years.

Those were the days, right?

In a recent piece for National Review, Victor David Hanson noted Biden was “suffering a mental eclipse and sliding away at a geometric rate.”

“Often Biden cannot finish a sentence,” Hanson wrote. “Names are vague eddies in his mind’s river of forgetfulness. He is in a far more dire mental state than a physically failing FDR was in his 1944 campaign for a fourth term.”

“If Donald Trump can be ungrammatical, Biden is agrammatical – he simply streams together half-thoughts without syntax and then abandons the sentence entirely,” Hanson continued.

Trump supporters have already begun leveraging the issue ahead of the 2020 election – most notably in an anti-Biden spot entitled “Lost His Mind” that began running in Arizona last month.

(Via: Committee To Defend The President)

“In a world losing its mind, we don’t need a president who has already lost his,” the spot concluded.

Fox News has also been hammering away at Biden’s deteriorating cognition in its coverage.

Mainstream media biases aside, Biden’s health issues have the potential to cost him significant electoral support this fall – just as we believe former Democratic nominee Hillary Clinton’s health issues hurt her during the 2016 campaign.

If critical swing states are indeed close, this could be the kind of thing that makes a real difference come November.

Having said that, there is a broad swath of the Democratic electorate (perhaps a majority) that would probably pull the lever for a corpse over Trump … meaning a vote for a vegetable is probably not out of the question.

Our view? We continue to believe Biden – far from being the “electable” candidate Democrats were led to believe he would be – is the only thing keeping Trump in contention right now. While we do not subscribe to the mainstream media polling on this race, we do believe Trump is facing lengthening odds in his bid for a second term.

Is Joe Biden suffering from dementia?