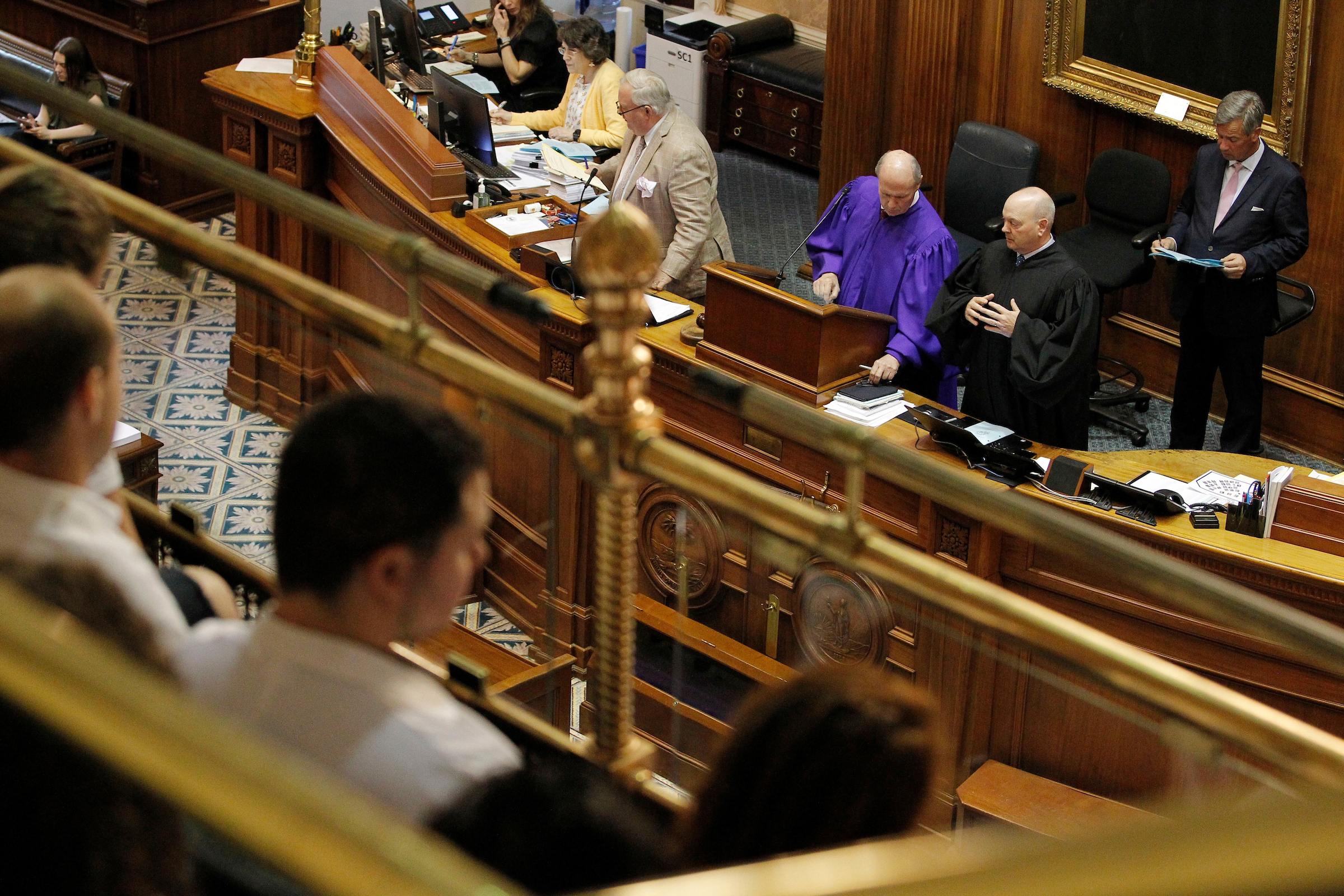 A bill introduced by a trio of socially conservative South Carolina lawmakers would impose draconian new restrictions on abortion in the Palmetto State – dramatically expanding a partial ban on the practice enacted via last year’s “heartbeat bill.”

Sponsored by senators Richard Cash, Rex Rice and Danny Verdin, the legislation could conceivably criminalize broad swaths of free speech – while at the same time gagging media outlets from reporting on this issue altogether.

A section of the bill – which was referred to the S.C. Senate medical affairs committee last week – would make it illegal to “knowingly or intentionally aid, abet, or conspire with another person” seeking to obtain an abortion.

That’s quite a wide net these lawmakers are casting, isn’t it?

Let’s dispense for the moment with one’s views on the practice of abortion – and the recent groundbreaking court ruling which overturned Roe v. Wade. Setting aside these issues for the time being, what are we to make of the sweeping speech/ press prohibitions contained in this proposed law?

In a column on the website Reason, UCLA law professor Eugene Volokh addressed this controversial, constitutionally dubious language. Volokh laid out how an innocuous, hypothetical news story published in South Carolina about an abortion clinic in neighboring North Carolina could easily meet “the elements of the crime” under the proposed legislation.


In the course of reporting on abortion, a Palmetto State-based media outlet might provide readers with “information about a clinic that could conveniently perform abortions for South Carolina women” – information which would draw “patients to that particular clinic.”

Per Volokh’s interpretation of the proposed statute, the media outlet which published this hypothetical story could be prosecuted under the law – even if it painted (or attempted to paint) the clinic in a neutral (or even a negative) light.

“The text of this section seems to cover in-state communication of information about abortions generally, and not just about in-state abortions,” Volokh wrote. “That seems pretty clearly unconstitutional to me.”

South Carolina lawmakers have gone down several slippery slopes recently as it relates to First Amendment issues. They criminalized speech in a recent election reform bill – as well as via a pro-Israeli proviso which was inserted in the 2018 state budget. Such moves are prima facie unconstitutional – whatever you believe about the underlying issues.

In the immortal words of Cleo McDowell (a.k.a. John Amos), “this is America, Jack.”

Here, you have the right to believe as you see fit.  And the right to speak your mind regarding what you believe.

Or at least that’s what I thought …

In “Republican-controlled” South Carolina, conservative ideologues are displaying a disturbing bent toward suppressing freedom of expression as they try to run up the score on these hot button issues.

Spurred on by governor Henry McMaster, GOP leaders in the S.C. House of Representatives are scheduled to begin work on their version of an abortion bill at 12:00 p.m. EDT on Thursday (July 7, 2022). That hearing will be held in room 110 of the Blatt Building on the grounds of the S.C. State House. Senators are expected to begin committee work on their preferred legislation next month – and reconvene after Labor Day to take up the issue.