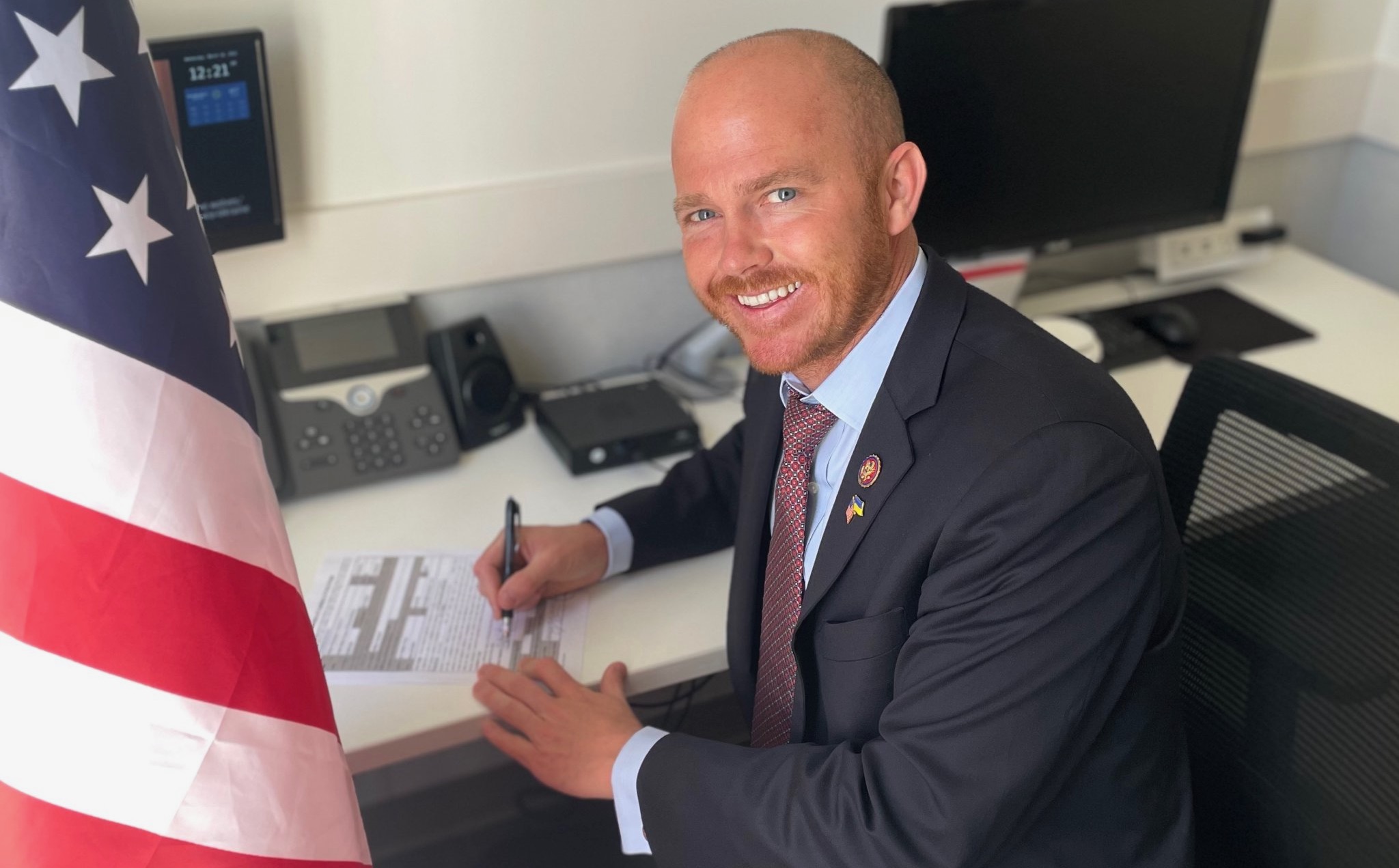 I’m not sure how to write a letter to the editor, but here’s my take: The article on congressman William Timmons of Greenville, S.C. was eye opening, but not surprising.

I was piqued by the quote: “His tenure in Washington, D.C. has not been without controversy, which is why Timmons limped to an uninspiring 52.69 percent “victory” over a trio of comparatively unknown candidates two weeks ago”.

While extramarital affairs may not be illegal in the civilian world, congressman William Timmons is also Captain William Timmons of the South Carolina Air National Guard.  As a Judge Advocate General (JAG), Captain Timmons lives his life under the Uniform Code of Military Justice (UCMJ).  Many South Carolina Lawmakers join the guard as JAGs because they get to put on a uniform and run around the state saying that their military service members, however, being a military service member also means that you live under the UCMJ.  Most JAGs allow members to retire and or resign from their service obligations once caught.

If the alleged rumors referenced in the article are true, then the service member will be bound by UCMJ article 134.  The commanding officer of the service member will usually bring a PI (preliminary inquiry) into the matter – investigating the who, what, when and where.  In my former job as a Naval Officer, I was also a Navy Legal Officer so I picked up a few things from sitting in the position.  All military services are bound by the same UCMJ btw.

Let’s hope that the South Carolina Air National Guard will hold all service members – even if they’re a well-connected congressman – to the same standard.

As per the UCMJ:

Article 134 – (Adultery)
a. Text of statute. See paragraph 60. b. Elements.
(1) That the accused wrongfully had sexual intercourse with a certain person;
(2) That, at the time, the accused or the other person was married to someone else; and
(3) That, under the circumstances, the conduct of the accused was to the prejudice of good order and discipline in the armed forces or was of a nature to bring discredit upon the armed forces.

The husband of Paula Dhier has confirmed that she and congressman Timmons were indeed doing the deed.  This opens Timmons up to more scrutiny, especially since she and her former husband have a house in Costa Rica.  Last spring, Timmons went to Costa Rica and, according to his District Director: Seth Blanton, used his government “Red Passport” to travel.

Not sure if you know, but government officials are not allowed to use their official passports for personal travel.  I bring this up because you stated that you would only care about an extramarital affair if the Congressman acted contrary to his principles.

1. It’s illegal and against Congressional ethics rules to travel on a government passport for personal travel.

2. It’s is against the UCMJ to commit adultery while being a commissioned officer.

3.  During the course of the campaign Timmons used his federal district staff, not campaign staff, to attend most of his events.  This goes against the rules set by the Congressional Ethics Committee.  I personally witnessed his district director Seth Blanton, Olivia Widenhouse, Moutray McLaren, and Heather Smith with him at multiple campaign events.

The government has established that it goes against the interest of taxpayers if federal employees are being paid to assist with a partisan campaign .

They should know the rules as the chief of staff, Moutray McLaren was a former congressional ethics lawyer. The Timmons Team seems to yawn at the rules.

4. Timmons team refused to place “Paid for by Timmons for Congress “ on his small yard signs which is required by the Federal Election Commission.  I advised them of the oversight , and they did nothing.  In fact, I found signs yesterday still up and they had no corrections on them.

I write to you for the same reasons as to why I ran for Congress.  I am sick of the elites living one way, and then we the people living another.  We all live under the same rules, or at least we should, that’s what makes this nation great.