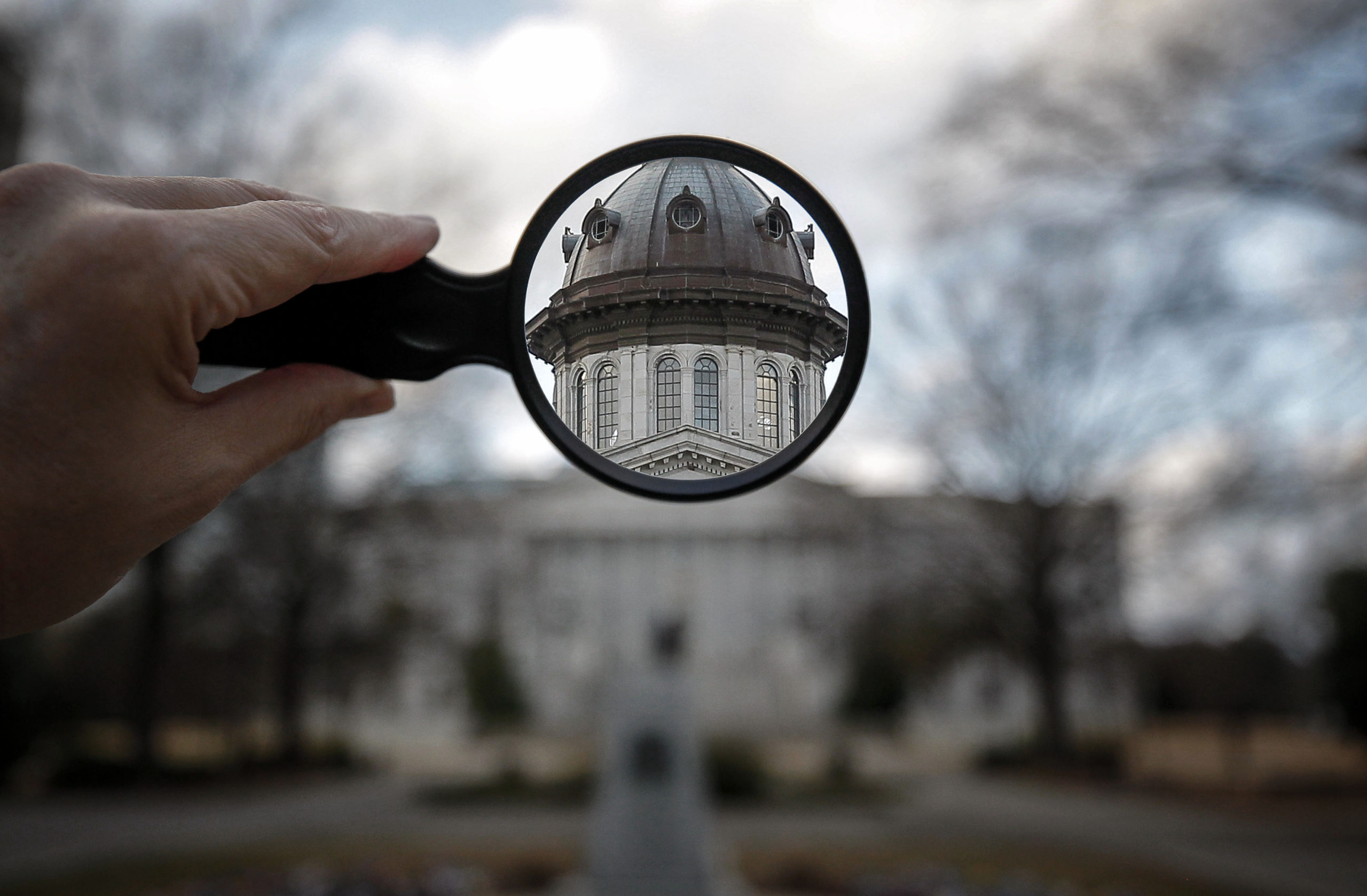 As this news outlet continues experimenting in the aftermath of my decision to pull back from Twitter, one of the ideas put forth was to basically open up a daily feed of “stuff I would have tweeted” had I still been engaging on the left-leaning echo chamber (which I’m not).

This was a fun format yesterday, so I figured why not go to the well a second time?

Before I kick things off, many thanks to Travis Bell for his willingness to let us use one of his newest images of the South Carolina State House in our coverage. Regular readers of this news outlet – and news outlets across the state – are quite familiar with Bell’s work. In addition to providing exemplary sports photography through his Sideline Carolina company, Bell has been supplying FITSNews with State House images dating all the way back to 2011.

Interesting in viewing his latest work? Check out StateHouseCarolina.com.

Here is a picture of former state representative Katie Arrington hanging out with former U.S. president Donald Trump at a candidate forum held this week at his prestigious Mar-a-Lago Club in Palm Beach, Florida …

Enjoying some delicious black coffee (with an extra shot of espresso) courtesy of my friends at Immaculate Consumption.

Just cut a video in connection with the big medical marijuana news we broke earlier today … stay tuned for that clip here in a moment.

Over the last few hours, I have been getting a lot of inquiries from parents at the prestigious Charleston Day School (and yes, that includes the snippy letter to the editor included earlier in today’s feed).

Several of these inquiries have requested additional documentation related to the school’s application to receive funding from the federal government’s Emergency Assistance to Non-Public Schools (EANS) program.

On that application, Charleston Day reported a total student enrollment of 258 – of which 131 students were purportedly “from low-income families enrolled in the private school in the 2019-2020 school year.”

That’s an estimated 50.78 percent of the school’s population … a statistic which many have viewed with incredulity given Charleston Day’s status as one of the costliest, most exclusive private academies in the Palmetto State.

Anyway, here is the school’s original EANS application as submitted electronically to the S.C. Department of Education (SCDE) on March 31, 2021 …

The S.C. Department of Revenue (SCDOR) wants homeowners in the Palmetto State to know they can save money on their tax bill if they are “remodeling, making your home more energy efficient, or paying casualty insurance,” according to a release from the agency.

To read our recent report on her candidacy, click here …

(Via: Convention of States SC)

Over the objections of S.C. senator Dick Harpootlian, a bill which would lend South Carolina’s support for a convention of states cleared the S.C. Senate judiciary committee on Tuesday by a 13-8 vote.

The vote was predominantly along party lines, although senator Dwight Loftis – a Republican from Greenville, S.C. – voted against the bill.

The legislation – H. 3205 – now heads to the full Senate for consideration. If it passes there, it would head to the desk of governor Henry McMaster. Sources close to this debate say the legislation could receive a vote in the Senate as early as next Tuesday.

From the mailbag, here is one particularly incisive response to our big story yesterday on the latest developments at Charleston Day – one of the South Carolina’s most exclusive private schools …

Hey there! I hear CDS kills cats and feeds them to their students! Sound ridiculous? It reads just like these articles. Maybe find another point of view? There are a handful of parents that are unhappy. They should LEAVE THE SCHOOL! The rest of us are very, very happy and so damn ready to move on. This negativity isn’t good for faculty and staff that work their asses off and certainly not good for our children. DONE. You should be too on reporting this fake news.

FROM THE EDITOR: Jenna … thanks for the feedback!

8:04 a.m. EST – Lots happening at the S.C. State House today … including an update on the status of the medical cannabis debate in South Carolina. Stay tuned for that report very soon.