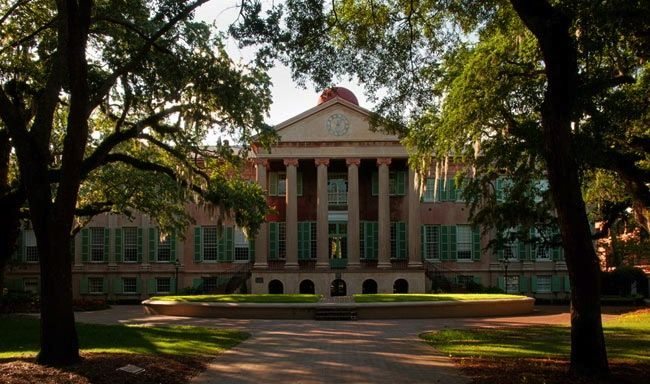 South Carolina is flooded with illegal lobbying activity, sources at the state and local level tell FITS. In fact we’ve recently launched an investigation into allegations involving a controversial “incubator” project that would be funded with $6 million in state funds.

Multiple lawmakers tell FITS that the College of Charleston is using two unregistered lobbyists to actively push this “incubator” expenditure – which would be made through S.C. Gov. Nikki Haley’s Department of Commerce.

One of the employees is Bobby Marlowe, a former member of the college’s board who resigned his post to work full-time as the school’s “vice president for economic development.” His definition of “development?” Traveling to Columbia, S.C. each week to push lawmakers for tax money to fund this “incubator” – which would reportedly focus on “digital technology.”

Astounding, isn’t it? After pouring tens of millions of dollars into failed projects like this across the state – lawmakers still haven’t learned their lesson. Hell, we’re already funding nearly twenty of these “incubators” across the state – and what have they managed to produce?

Joining Marlowe in overtly lobbying for this expense is Peggy Boykin, former director of the S.C. Retirement System. FITS spoke with several lawmakers who said they were directly approached by Boykin regarding their support for this project.

“She’s getting commitments while getting paid by the college,” one lawmaker told FITS. “That’s lobbying.”

Boykin is not a full time employee of the College of Charleston, but she is paid “tens of thousands of dollars” by the school each year as a “special assistant” to its president, Steve Osbourne.

Incidentally, the College of Charleston already has a full-time lobbyist on staff – former S.C. Rep. Shirley Hinson, a Republican from Berkeley County.

We are adamantly opposed to the use of tax dollars to pick winners and losers in the marketplace – whether it’s the hundreds of millions of dollars going to aircraft  manufacturer Boeing or the “chump change” being routed to this project. In both cases lawmakers are taking money out of the pockets of existing taxpayers and businesses – which inhibits our consumer economy and suppresses the real engine of job creation in this state.

Furthermore, we object to the College of Charleston evading its lawful obligations by using unregistered lobbyists to push for this expense.

Of course the news that South Carolina ethics laws are being ignored is hardly shocking given the Palmetto State’s status as one of the most corrupt states in America.