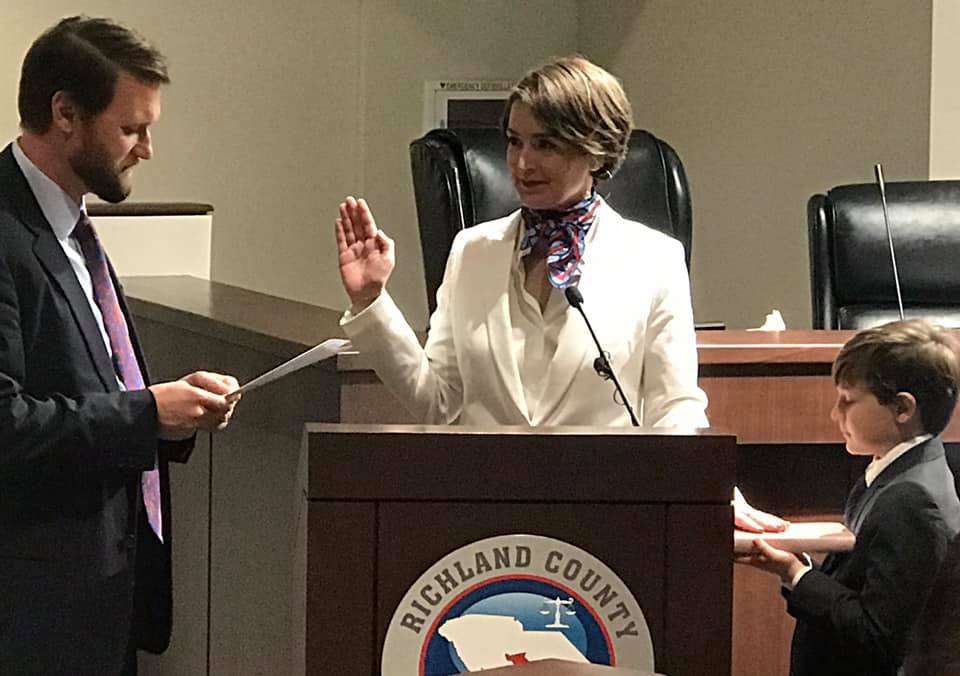 Conservative social media went positively apoplectic this week when a video of a South Carolina elected official dancing outside of an abortion clinic was posted on multiple social media outlets.

Terracio is a program coordinator for Planned Parenthood’s South Atlantic region. As part of that work, she helps coordinate groups of volunteer pro-choice activists who gather at abortion clinics to help shepherd women past anti-abortion protesters.

“It is folks standing right outside the health center door and we act as a support person, kind of as a buffer, as soon as they go in,” Terracio told the Carolina News and Reporter in 2020. “Anything to take their mind off of the protestors until they can get inside and the healthcare staff can start to see them.”

Earlier this month, Terracio and several volunteers convened at the Planned Parenthood facility located at 2712 Middleburg Drive in Columbia, S.C. There, they were filmed by anti-abortion advocate Mark Baumgartner – who regularly protests the facility.

At one point during the demonstration, Terracio is seen putting on a show for Baumgartner’s camera.

The clip found its way to Libs of TikTok, which posted it to Twitter on Monday evening.

“These people are sickening,” the authors of the account noted.

In its first twelve hours online, the clip had drawn more than 125,000 views on Twitter.

First of all, color me impressed. I don’t know if those constitute “moves like Jagger” – or shaking it “like a Polaroid picture” – but home girl can dance. Like, well.

More importantly, though … what am I supposed to do with this clip, exactly?

What is the reaction Baumgartner is hoping to elicit from me?

Regular readers of this news outlet are well aware that I am unflinchingly and unapologetically pro-life. I have run dozens of columns over the years affirming the view that life begins at conception, and I have even expended significant bandwidth excoriating Planned Parenthood.

Its fetal body parts scam in particular I ripped as “a stain on individual liberty … and basic human decency.”

I have also ripped GOP politicians for playing politics when it comes to abortion.

But seriously …. what am I supposed to do with this clip?

Am I supposed to be angry? Outraged? Make no mistake, I am feeling a certain physiological reaction … I’m just not sure it’s the reaction Baumgartner had in mind.

I have stood up for Baumgartner in the past – defending him against discrimination from local government. I have to say, though, I am disappointed he would choose to exercise his liberty in this fashion.

Filming and leaking this sort of footage is not a principled pro-life stand. It is “gotcha” politics. It does literally nothing to advance what I believe is arguably the most important debate we can have as a free society.

If anything, Baumgartner is hurting his cause …

I spoke with Terracio on Tuesday morning. She told me she and her fellow pro-choice activists were dancing because it was cold that morning and they were doing anything they could think of to “try to stay warm.”

Now … do I buy that? Or does part of me think she wanted to get a rise out of Baumgartner?

Again … why does it matter?

“This is not about me,” Terracio told me. “This is about something much bigger than me. This is about people continuing to have access to the health care services they have had access to for the past fifty years.”

That much is true. And while I come at this debate from the polar opposite perspective as she does, I credit Terracio for getting to the heart of the matter.

Terracio told me she has received several “hateful” messages in response to the publication of the clip. So far none of these messages were overtly threatening, she said, but she and her team were “monitoring” the response. She also told me she would consider my standing offer to address her critics via this news outlet’s open microphone policy, in which anyone with an intelligent take on any issue is free to address our readers.

I hope she does. And in doing so, I hope she gets all of us back to the fundamental questions we should be asking about this issue …

The Ravenel Bridge Has A Problem