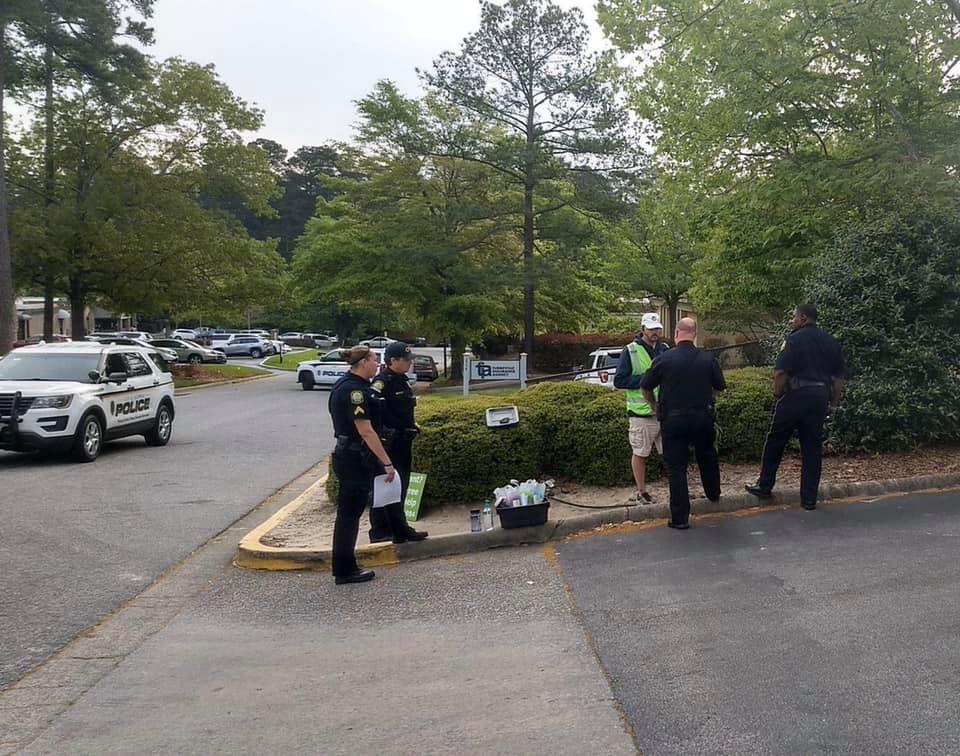 Hours before South Carolina governor Henry McMaster’s statewide “stay-at-home” order took effect on Tuesday afternoon, a Columbia, S.C. man was cited by city police for protesting an abortion clinic. The man received the citation even though McMaster’s order – aimed at combatting the spread of the coronavirus pandemic – was not in effect at the time.

And in an interesting plot twist, the abortion clinic he was protesting remained open for business – i.e. performing abortions – at the time he was cited despite a statewide order deferring all non-elective medical procedures.

Further, the man – Midlands pro-life activist Mark Baumgartner – was ordered to disperse even though Columbia officials acknowledged less than two weeks ago that the city would “recognize the fundamental constitutional liberties afforded to our citizens” in enforcing its previously adopted stay-at-home order.

That order, incidentally, was already on questionable legal footing following an opinion released last month by the office of S.C. attorney general Alan Wilson related to law enforcement authority during the current coronavirus-related state of emergency. In that opinion, Wilson’s office explicitly warned law enforcement not to abuse its emergency authority to target religious or political gatherings.

“The (emergency authority) statute was intended to keep the peace not keep citizens from exercising their constitutional rights,” the opinion (.pdf), drafted by solicitor general Bob Cook, warned. “It should be read and applied by (law enforcement) officers with that in mind. In short: In case of conflict between the statute and fundamental constitutional liberties, those liberties must prevail.”

They did not prevail on Tuesday …

Baumgartner, a member of First Presbyterian Church of downtown Columbia, was cited and ordered to disperse as he and his supporters were protesting outside a Planned Parenthood on Tuesday.

Baumgartner is the leader of the pro-life organization, A Moment Of Hope.

Unlike some pro-life advocates, members of this group do not attempt to obstruct access to abortion facilities. Nor do they verbally harangue the women who enter these facilities. According to the group’s website, its members maintain “a lawful, peaceful, and prayerful presence” outside of these facilities – offering literature and snacks to the women who choose to speak with them.

Baumgartner says the group took its name from one of the women whom it convinced not to have an abortion, who thanked its members for giving her “a moment of hope so that I could reflect.”

So … what happened on Tuesday?

According to reporter Seanna Adcox of The (Charleston, S.C.) Post and Courier – the first outlet to cover the story – Baumgartner and his supporters were protesting lawfully outside of a Planned Parenthood facility located at 2712 Middleburg Drive in Columbia, S.C.

In addition to exercising their constitutional rights, Baumgartner and his fellow protesters were observing social distancing, standing at least twenty-five feet apart from each other on a city sidewalk outside of the facility.

Nonetheless, they were ordered to leave – and Baumgartner was cited when he refused.

“Today I was cited for exercising my first amendment right in the public right-of-way in Columbia, SC, for sidewalk counseling, something I have done almost everyday for over seven years, offering help and hope in the name of Christ to mothers coming for abortions,” Baumgartner wrote on his Facebook page. “I was there legally. According to a letter from the city attorney … we are exempt from the stay at home order because it is a religious activity. Yet the city police threatened me with arrest if we didn’t leave. Meanwhile, elective abortions went on unhindered while the legitimate medical community lacks adequate PPE.”

“I don’t want to have to issue y’all a citation,” one of the officers told Baumgartner, according to a video he posted to YouTube. “I really don’t, okay. I respect what y’all are doing, but now is not the time to do it because of what we’re going through.”

“When this is all over, you guys can continue doing it. That’s fine, but right now, it is what it is,” the officer added.

These officers are actively suppressing free speech in direct contravention of their own city attorney’s explicit instructions – not to mention the view of the state’s top prosecutor – and all this cop can say is “it is what it is?”

Baumgartner’s citation means he could be forced to pay $500 and spend up to thirty days in jail. And that’s just for the first offense. Columbia police warned him on Tuesday that if he shows up outside the clinic again on Wednesday that he will be arrested.

These heavy-handed, discriminatory actions were backed by mayor Steve Benjamin, a radical Democrat who is no friend of liberty under normal circumstances.

According to our sources, Baumgartner has already sought legal counsel – as he should.

Assuming he decides to take this matter to court, we believe he has an open and shut First Amendment case.

Not only was the statewide stay-at-home order (the only edict which has legal standing in this case) not in effect at the time, but the state’s top prosecutor has made clear that the enforceability of this order is subject to constitutional limitations. In fact, in several interviews last week Wilson specifically warned municipalities not to engage in precisely the sort of behavior these city of Columbia officers engaged in on Tuesday.

In multiple interviews last week, Wilson called his office’s letter regarding the constitutionality of such emergency ordinances “a flashing yellow light” that municipalities could ignore at their peril.

Benjamin and his cops just careened wildly through that light …

In response to Baumgartner’s citation, McMaster spokesman Bryan Symmes told Adcox that the city’s enforcement action “certainly seems to be politically charged” – and was “the kind of selective enforcement that makes people lose faith in government.”

Whatever your views on the issue of abortion, Baumgartner and his group have every right to conduct their peaceful protest. The discriminatory action taken against him by city police is reprehensible – to say nothing of unconstitutional. And as Symmes correctly put it, this is precisely the sort of “emergency authority enforcement” that causes people to distrust the true motivations of their leaders in times of crisis.