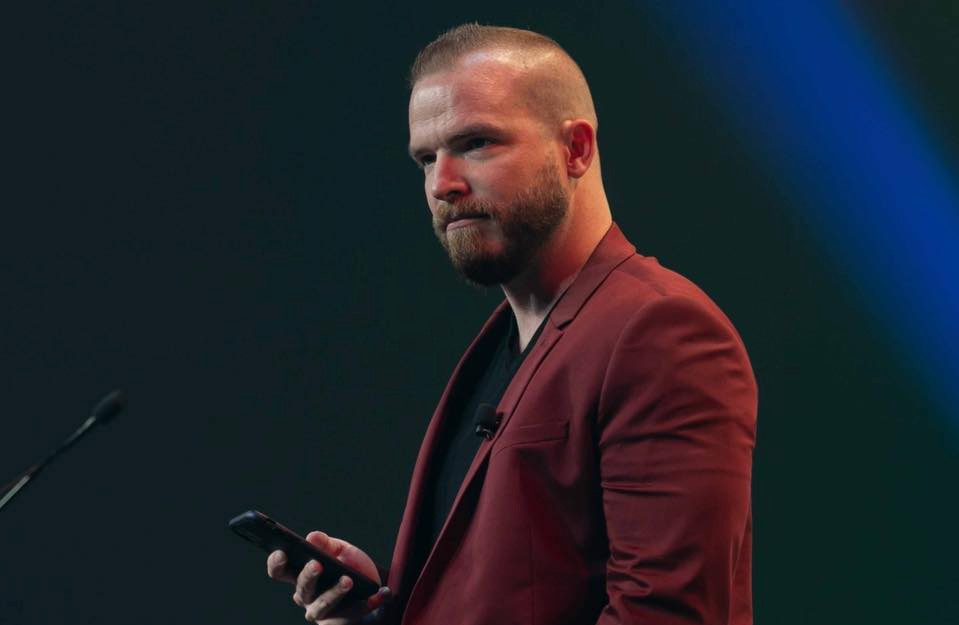 The top challenger to incumbent “Republican” congressman Tom Rice has abandoned his bid – claiming he no longer needs to run because “there is now a viable candidate” capable of defeating Rice in the June 2022 GOP primary for the South Carolina seventh congressional district.

Graham Allen – a conservative media personality, combat veteran and devout supporter of former U.S. president Donald Trump – did not identify that candidate, but said they were someone “who is worthy of President Trump’s support and who the voters’ trust.”

Accordingly, Allen announced on Friday evening that he was “immediately suspending” his campaign and pledging his “full support” to the candidate Trump endorses in this election.

“Given my ability to be a national voice for President Trump and his America First policies, I never needed this job – and many argued that I was making a bigger impact by amplifying MAGA candidates across the country – but I couldn’t let Tom Rice run unopposed,” Allen wrote in announcing his decision to suspend his campaign.


In suspending his candidacy, Allen said he planned on “immediately returning to being a national advocate for President Trump and his movement.”

Meaning he is returning to being a full-time MAGA profiteer … with Trump’s blessing, it would appear.

“Graham Allen is a warrior for America First and has always answered the call to serve our nation,” Trump wrote in response to his announcement. “Thank you, Graham, for your support of the MAGA ticket in 2022. Graham has a great future ahead of him!”

Allen’s announcement ends one of the more curious bids for elected office in recent memory in South Carolina.

The ex-soldier moved to the Palmetto State from Athens, Georgia to challenge Rice – but he never established residence in the seventh congressional district. Does that matter? Legally, no. The only requirements for a candidate to seek a congressional seat in South Carolina are that they are a resident of the state and at least 25 years of age.

Allen established a residence in the South Carolina Upstate, but never moved into the seventh district. Those following his candidacy closely often said it seemed like he was seeking elected office for the exposure – not necessarily to win.

This news outlet heard rumblings about Allen dropping out of the race two weeks ago but could not independently confirm them. I sent a message to Allen at the time asking if the reports were true – but never received a reply.

Allen excelled on the fundraising front in his bid against Rice, raising a whopping $646,000 last year between April and October. Allen expended significant funds from his campaign account, though – with disbursements of nearly $435,000 over the same six-month period.

Could Allen have defeated Rice without ever moving into the district? Possibly. The general consensus on this race is that any GOP candidate who winds up in a head-to-head matchup with the incumbent will prevail (in South Carolina partisan primaries, if no candidate receives more than fifty percent of the vote on the first ballot the top two vote-getters advance to a head-to-head runoff election).

Rice stunned the nation when he joined nine other Republican lawmakers in voting to impeach then-president Trump over the latter’s alleged “incitement” of a mob that stormed the U.S. capitol on January 6, 2021.

That vote – which Rice has steadfastly defended – was a definitional shocker. For starters, Rice was a longtime Trump supporter – voting with the former president more than ninety percent of the time during the latter’s tenure in office.

The district was first created in 1803 – but eliminated a half-century later. It was reestablished in 1883 and eliminated again in 1933. Most recently, it was reestablished in 2013 after the results of the 2010 Census showed South Carolina’s population expanding by more than 18 percent over the previous decade. Rice captured the seat in June 2012 by defeating former lieutenant governor André Bauer in a runoff election after the two finished at the top of a nine-candidate partisan primary field.

He has not drawn serious opposition since …