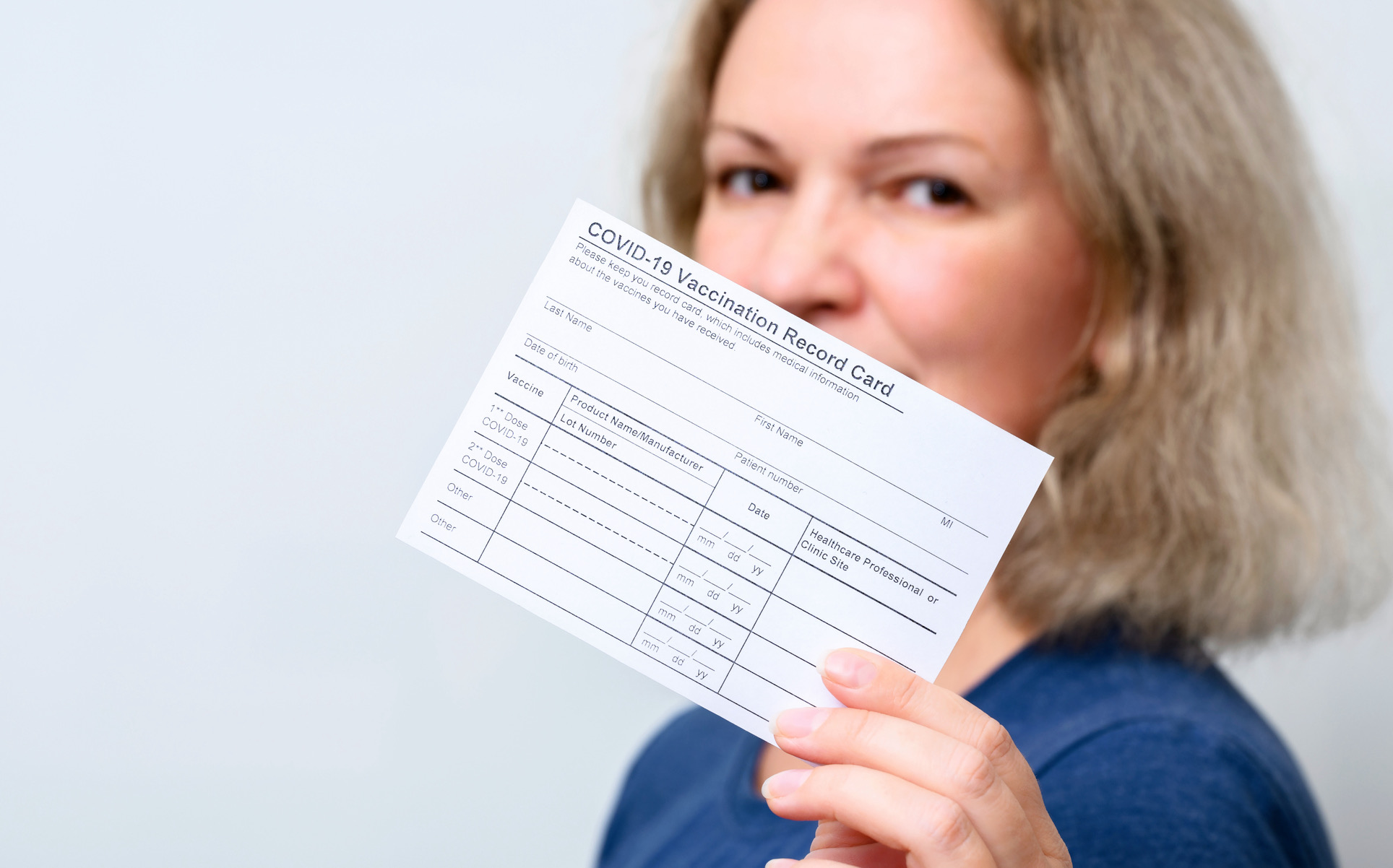 Biden announced in early September that he was directing the Occupational Safety and Health Administration (OSHA) to draft a rule which would “require all employers with 100 or more employees to ensure their workforce is fully vaccinated or require any workers who remain unvaccinated to produce a negative test result on at least a weekly basis before coming to work.”

This rule was entered into the federal register on Thursday, November 4, 2020. It gives private businesses 100 days (until January 4, 2022) to comply with this mandate or else face fines of up to $14,000 per violation – i.e. per unvaccinated employee. A particularly controversial provision presumes the OSHA regulation “preempt(s) any inconsistent state or local laws, including laws that ban or limit an employer’s authority to require vaccination, masks, or testing.”

“While I would have much preferred that requirements not become necessary, too many people remain unvaccinated for us to get out of this pandemic for good,” Biden said Thursday.

“This is garbage and it’s unconstitutional so we will be fighting it,” Wilson (above) said in a statement. “OSHA does not have the authority for this kind of mandate.”

Wilson has made it clear he does not oppose vaccination as a hedge of protection against the coronavirus pandemic – but that Biden’s mandate is “flouting the rule of law to engage in federal overreach at its worst.”

“I’m fully vaccinated and encourage everyone who can to get the shot, but this is a question of following the law,” Wilson wrote on his Facebook page earlier this year.

While Wilson has garnered praise from conservatives for his aggressive opposition to the mandate, South Carolina lawmakers have come off as impotent in their response.


In a tepid letter to his colleagues back in September, ostensibly powerful S.C. speaker Jay Lucas hemmed and hawed on the issue – telling “Republican” legislators it would “serve no purpose for the majority caucus in the House to coalesce around an unenforceable, unconstitutional, improper solution to an unenforceable, unconstitutional, improper problem.”

“Two wrongs do not make a right,” Lucas wrote (.pdf) in his letter.

Meanwhile, governor Henry McMaster has been slammed by conservatives for refusing to stand up for the rights of individual workers impacted by the escalating federal pressure.

Last month, employees a General Electric turbine facility in Greenville, S.C. staged a walkout in response to a vaccine mandate. These workers took a dim view of the “Republican” incumbent – who previously claimed he would fight the Biden administration “to the gates of hell to protect the liberty and livelihood of every South Carolinian.”

“He said he would fight to the gates of hell but here we are a month later and he won’t get involved,” one GE worker told me.

Another worker provided this news outlet with a copy of a letter (.jpg) sent to McMaster the day before the walkout urging him to intervene on their behalf – to no avail.

I have consistently supported Wilson’s position. As I noted in a recent post, “I can’t believe we are even debating the issue as citizens of what is supposed to be a free country.”

I have had both of my shots, and I have encouraged my readers to get theirs as well. Also, I have had Covid-19 at least once (and probably twice). Still, I do not believe anyone one should lose their job because they declined to get vaccinated … and more importantly, I do not believe anyone should lose their job because government decided to impose yet another round of draconian societal shutdowns in an effort to contain the spread of the virus.

Fortunately, the latest Covid-19 surge appears to be rapidly losing steam – although the various political debates associated with masks and vaccinations continue to escalate.