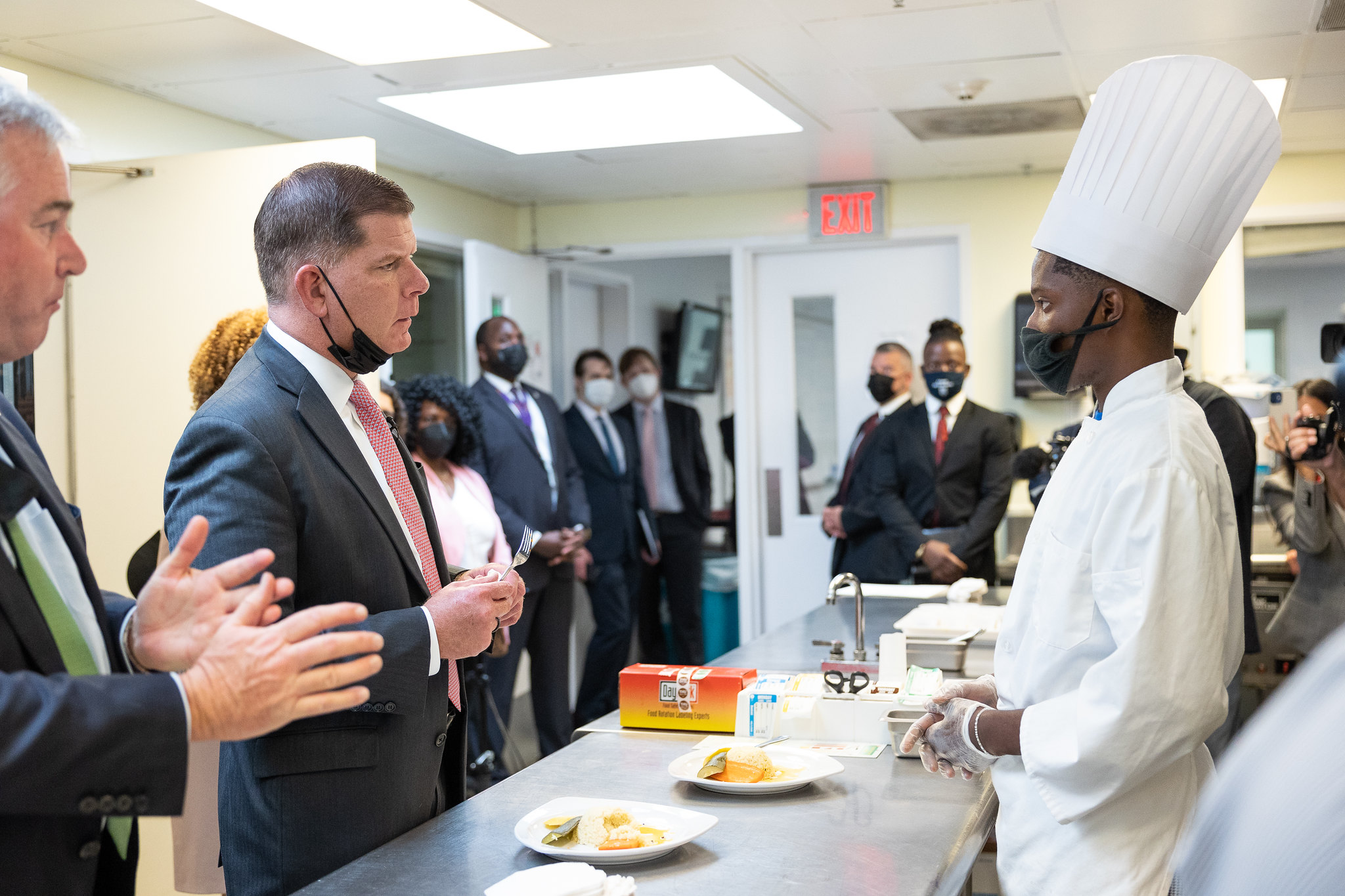 South Carolina is one of the three states to be put on notice by the U.S. Department of Labor (DOL) regarding its ongoing failure to incorporate draconian federal Covid-19 protections within its state workplace safety plans. Unless the Palmetto State incorporates such protections soon, DOL’s Occupational Safety and Health Administration (OSHA) could decertify the state – which would result in the discontinuance of a $2.3 million federal grant.

Not only that, federal officials have hinted that decertification may lead to a federal takeover of this function – which would mean the deployment of OSHA teams at Palmetto State businesses to regulate compliance.

The takeover threat is the latest development in an ongoing, escalating battle between state leaders and the administration of U.S. president Joe Biden – who is aggressively pushing required vaccination mandates for private businesses.

“The longer South Carolina refuses to adopt (the) emergency temporary standard for healthcare workers, the longer they are needlessly putting thousands of workers at risk for the spread of coronavirus,” acting OSHA director Jim Frederick said on a conference call with reporters this week.


The battle over the Covid-19 safety standards – which impacts Arizona, South Carolina and Utah – is widely viewed as a precursor to the battle over mandatory vaccinations, which state leaders have decried as unconstitutional.

“OSHA was created to protect workers from substances, agents, and hazards associated with a particular occupation,” S.C. attorney general Alan Wilson wrote in an opinion piece published on this news outlet last month. “It was never intended to be used to protect workers against all dangers existing in the world. Yet Mr. Biden is attempting to avoid the scrutiny and debate that usually accompanies the passage of a law or the promulgation of a regulation by seeking a rarely used emergency temporary standard provision under OSHA.”

According to Wilson, Biden “is using this OSHA provision as a tool to coerce 80 million unvaccinated Americans into getting vaccinations.

The attorney general – who has received his Covid-19 shots – noted it was “laudable to want every American to be vaccinated” but that such an objective must be “accomplished legally … and in a unifying manner” as opposed to the “coercive and dictatorial actions” envisioned by Biden.

OSHA has yet to promulgate its coercive mandatory vaccination standard, but it did issue a so-called “emergency temporary standard” back in June – prior to the onset of the highly-contagious delta variant of Covid-19. According to this regulation (.pdf), businesses large and small would be required to conduct daily Covid-19 screenings, mandate indoor masking and social distancing, regularly clean and disinfect surfaces, equip their employees with personal protective equipment (PPE), provide paid leave for Covid-19 vaccinations and report all Covid-19 deaths and hospitalizations to DOL.

According to Frederick, if South Carolina does not adopt the new standard then his bureaucracy “will not hesitate to use all of its resources to protect workers from known health hazards.”

“OSHA has worked in good faith to help these three state plans come into compliance,” Frederick added. “But their continued refusal is a failure to maintain their state plan commitment to thousands of workers.”

Manufacturers in the Palmetto State are anxiously eyeing the federal moves and their potential impact on the Palmetto State’s workforce, which as regular readers of this news outlet are well aware boasts one of the worst labor participation rates in the entire nation.

“It’s a big deal, and a preview of the looming (vaccination) fight,” reporter Dave Jamieson of The Huffington Post noted. “If the states don’t implement OSHA’s health care rule, or something comparable, then they could lose approval for their state plan. A lot of employers won’t like the idea of federal OSHA coming in to do inspections.”

My take on all of this? As for the ongoing debate over vaccinations, I have received both of my “jabs” – despite having had Covid-19 once (and probably twice). I believe the vaccines are safe and effective, and would encourage anyone who is medically able to get them to do so. However, this personal choice must never be made compulsory – nor should we seek to punish or shame anyone who makes a choice different from our own.

Over the past few weeks, though, I have heard from far too many workers (and spouses of workers) who have been confronted with a painful choice: Get jabbed or get a new job.

Whether Covid-19 is waxing or waning – and it is currently on the wane in the Palmetto State (and nationally) – I do not believe government should trespass on individual liberty or free markets as part of its prevention strategy.

What do you think? Feel free to vote in our poll and post your thoughts in our always-engaging comments section. And as always, this news outlet has an open microphone policy for those wishing to offer informed takes on this – or any other issue.

Should the federal government dictate workplace safety laws to the states?