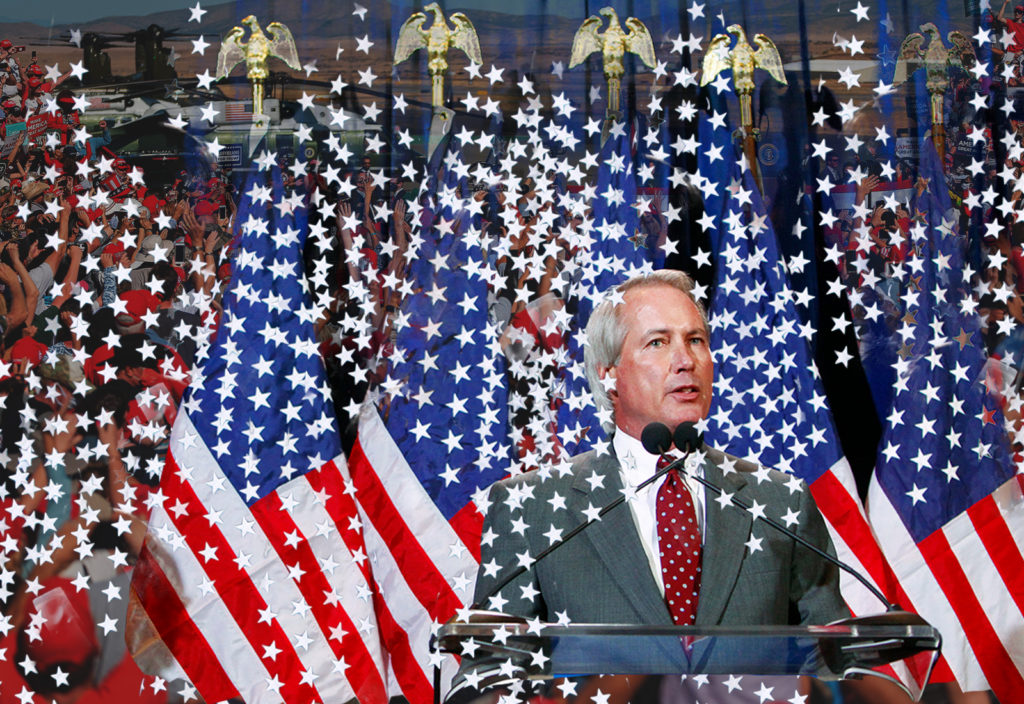 Famed First Amendment attorney Lin Wood blasted me and my news outlet on Telegram this week, questioning a recent characterization of his surprisingly viable campaign for chairman of the South Carolina Republican party (SCGOP) as a “circus.”

“Will Folks, the ‘objective journalist’ who authored the above article for FITSNews falsely describes my campaign for chair of the SCGOP as a ‘circus,'” Wood wrote on his Telegram page.

“You know what that means, don’t you?” Wood continued. “FITSNews is the circus. Folks is just carrying the water for the clowns in the circus – the McKissick Folks. Connect the dots.”

Ha! I will gladly “connect the dots,” but first some background on this race: Wood, 68, moved from Georgia to South Carolina earlier this year to challenge two-term incumbent SCGOP chairman Drew McKissick (news which was exclusively reported here). Since launching his candidacy, he and his supporters have “emerged as an existential threat to the established ‘Republican’ order in the Palmetto State” – collecting a surprising number of delegates in their bid to “purge the “RINO establishment elite” in the Palmetto State.

And sparking all sorts of contention along the way …


McKissick backers maintain they have the votes necessary to win this month’s election … but I have consistently challenged those assumptions as being inconsistent with what I am hearing from activists on the ground. Furthermore, I supported Wood’s position that the upcoming SCGOP convention should be held in-person (with all delegates casting votes using paper ballots) if the party wishes its results to be taken seriously.

How is that carrying McKissick’s water?

From the beginning of the Wood insurgency, I have called it like I see it regarding him and his supporters … which, incidentally, is how I have handled McKissick and his backers, too.

Speaking of McKissick, my news outlet pilloried him last winter when he canceled the 2020 “First in the South” presidential primary as a sop to former U.S. president Donald Trump. I also blasted McKissick last spring for meddling on behalf of fiscally liberal candidates in contested GOP primary elections – violating a decades-long tradition of strict neutrality.

In fact, McKissick’s opponents have made a credible case that his meddling in one 2020 primary election against a GOP incumbent – a.k.a. his opposition to a “duly nominated Republican candidate” – was grounds for his removal from office.

Either way, McKissick showed his true colors during the last primary election cycle … and I have no doubt he will show similar colors in future elections if he is reelected to his post.

“Overtly opposing limited government champions while endorsing big government backers tells you all you need to know about the present ideological orientation of the SCGOP, doesn’t it?” I wrote last May.

Indeed … and the fruit of McKissick’s meddling (i.e. near-supermajority “Republican” rule in the Palmetto State) has made me a prophet.

So yeah … connect those dots.

Let me be clear on something: When GOP delegates cast their votes later this month, I hope Lin Wood wins.

I do not believe he is going to win … but I sincerely hope he does.

Why? Because the installation of someone like him at the helm of the SCGOP would generate more web traffic than I know what to do with. Seriously … I could put in a swimming pool based on those page views.

In many elections, I have clear favorites – candidates I believe would move the state of South Carolina in the right direction (to the extent that is possible under the current structure). More often than not, I endorse these candidates so as to make sure there is no ambiguity as to where I stand.

In other races, though, I’m simply “rooting for clicks …”

This is one of those races …

Lin Wood would bring utter chaos to the SCGOP … not all of it bad chaos, either. At the very least, I cannot envision him attempting to oust sitting conservative lawmakers from the party … or propping up fiscally liberal incumbents against credible conservative challengers.

Seriously … a closet Confederate versus the political equivalent of a doomsday prophet?

Of course, Trump and those close to him want nothing to do with Wood – as evidenced by the former president doubling down on his endorsement of McKissick. And as evidenced by a bottom line quote one former administration official dropped to me earlier this week …

Probably not … but I will continue to chronicle his “circus” as best I know how. Even if Wood wants to continue accusing me of “carrying the water” for his opponent.