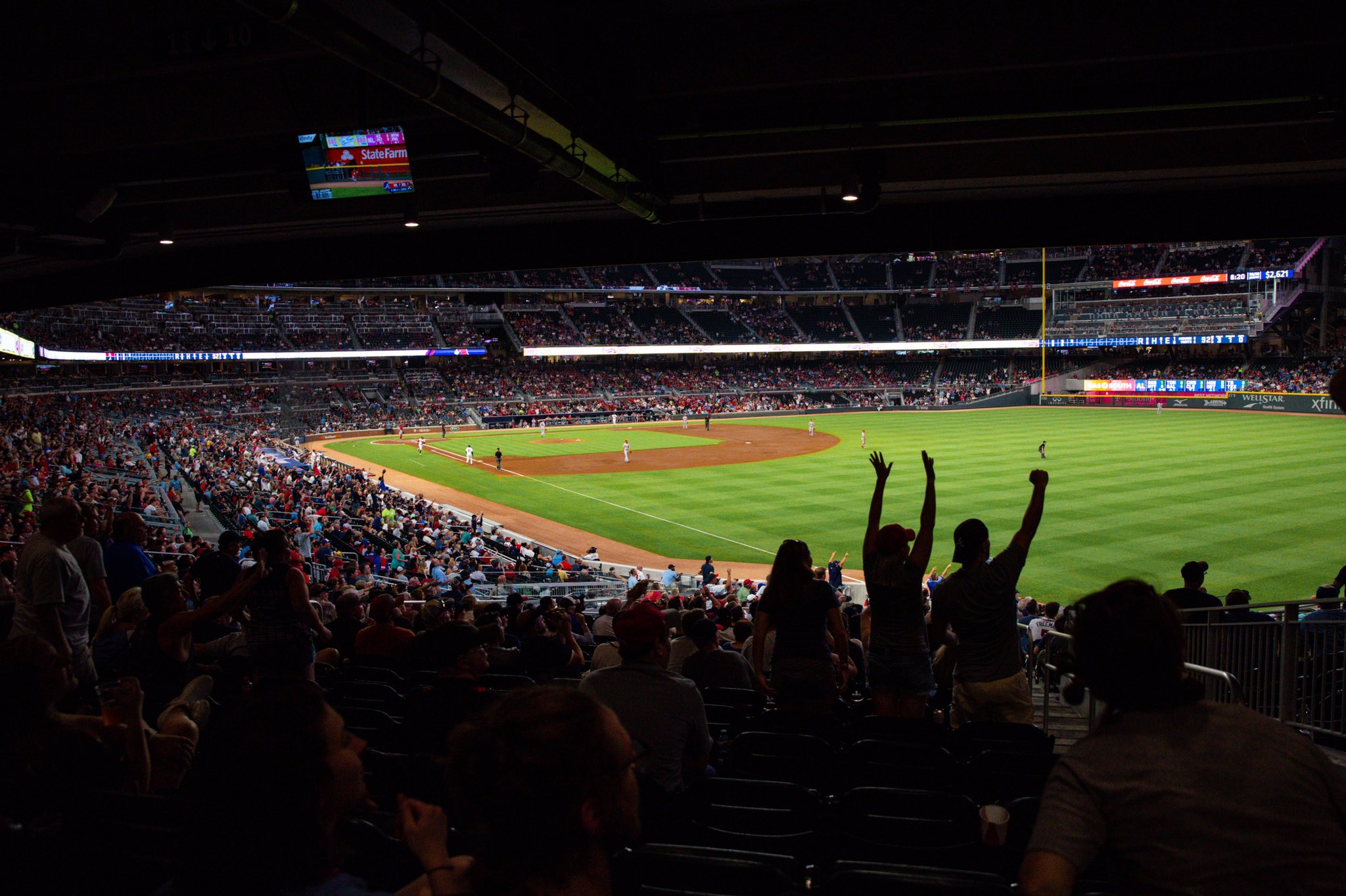 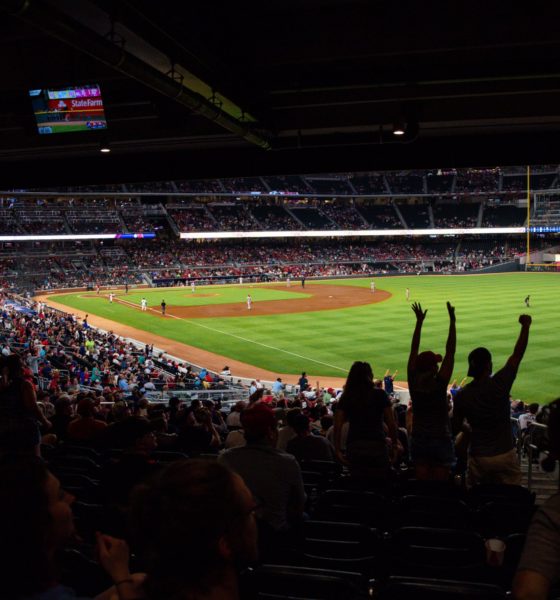 National pastime tainted by its descent into America’s culture war …

I love everything about baseball. Its power and precision. Its purity and poetry. Its unpredictability. I love the intricacies and intrigues that go into every pitch of every at bat. I love its depth – the layers of calculation, intuition and sheer faith embedded in every move signaled onto the field by the touch of the cap, tug at the ear or tap on the nose.

I love baseball’s sounds … the crack of a bat. The pop of a fastball striking the back of a catcher’s mitt. An emphatic umpire’s call. The low murmur of a crowd between innings and its collective gasp in response to a towering home run.

I love baseball’s past – its history and the heroes who have written it. Hank Aaron. Babe Ruth. Ty Cobb. Lou Gehrig. Willie Mays. Ted Williams. Jackie Robinson. Cy Young. These and others have left a legacy of honor and achievement.

Most of all, though, I love that baseball belongs to us – as a country. It is, after all, our pastime. America’s pastime. Not a game or a sport, but an originating stitch in the intrinsic fabric of what was once a worthy and well-moored national consciousness.

It is the history of us … or at least us in “a better managed time,” as Neil Peart might have written.

Baseball used to be something we could count on. In eras of ease or periods of upheaval – it was there for us. A biorhythm of the body politic. A season unto itself. Our American season.

I feel my love for the pastime return every year ahead of Opening Day when my buddies and I gather for our fantasy draft – temporarily shedding the cares and concerns of our increasingly toxic modernity to become kids again (if only just for a few hours).

And if only for pretend …

I also feel it return when I slip my fingers inside my black leather Rawlings’ glove for a game of catch with my own kids.

Tapping into something elemental like that is binding … bonding. Yet also fleeting. Always fleeting.

“It breaks your heart,” the late baseball commissioner Bart Giamatti once wrote. “It is designed to break your heart. The game begins in the spring, when everything else begins again, and it blossoms in the summer, filling the afternoons and evenings, and then as soon as the chill rains come, it stops and leaves you to face the fall alone. You count on it, rely on it to buffer the passage of time, to keep the memory of sunshine and high skies alive, and then just when the days are all twilight, when you need it most, it stops.”

“The one constant through all the years … has been baseball,” fictitious author Terence Mann (a.k.a. James Earl Jones) observed in his famous soliloquy from the movie Field Of Dreams. “America has rolled by like an army of steamrollers. It’s been erased like a blackboard, rebuilt, and erased again. But baseball has marked the time. This field, this game, is a part of our past. It reminds us of all that once was good, and that could be again.”

Or at least it used to …

After this week, though, I’m not so sure anymore.

On Friday – in the latest example of professional sporting organizations bowing before the altar of a “woke” new orthodoxy in our nation – major league baseball (MLB) announced its decision to pull the 2021 All-Star game and the 2021 MLB draft from the city of Atlanta, Georgia after the Peach State’s governor signed into law Senate Bill 202.

This law, which I will address in more detail in a moment, is intended to enhance electoral integrity in Georgia by cracking down on voter fraud and ensuring that only properly registered voters cast ballots.

However, according to MLB commissioner Rob Manfred (quoting U.S. president Joe Biden), the new law would “restrict voting access for residents of the state.” And so Manfred has decided to punish Atlanta for its passage as a way of “demonstrating our values as a sport.”

Once again … baseball is not a sport. To label it as such is demeaning. But this misnomer is only half as demeaning as dragging the pastime down into the pit of partisan politics.

Even if baseball were just a “sport” – and even if Georgia’s new law really was (in the words of one of its hyperbolic critics) the imposition of “Jim Crow 2.0” on its citizens, what business is that of the league?

Last time I checked, the business of baseball … was to play baseball.

A pastime is above politics – or at least it is supposed to be. Certainly individual owners, players, managers and executives are free to follow the lead of Hollywood and wax indignant about whatever “injustice” the leftist media is intent on exposing and eradicating that particular week. The First Amendment guarantees them that right.

But baseball as an institution? No …


It must remain “our” pastime – yet it cannot belong to all of us (or any of us, really) if it is intent on shamelessly virtue signaling to one segment of the electorate based on the latest politically correct maxim the liberal establishment is dictating. That isn’t “demonstrating (its) values as a sport.” Instead, it is cowardly surrendering to a mob which demands obedience and conformity – or else.

To be clear: Georgia’s law is not “Jim Crow 2.0.” It merely requires that voters furnish a drivers’ license or other picture identification when casting their ballots – an eminently sensible reform aimed at restoring confidence in the sanctity of the vote.

If Georgia were to have banned left-handed people from voting in partisan primary races – or forbidden citizens who trill their “r’s” from participating in the state’s rrrrridiculous rrrrunoff elections – that would have been wrong. Also, as would be the case with any actual attempt to suppress voting rights, it would have been illegal.

And would have been struck down by our courts …

But even so, it would not have been baseball’s place to weigh in on the matter because again … the business of baseball is to play baseball. Period.

Also worth pointing out? MLB franchises require picture identification when fans claim tickets to attend its games. Which begs the question … does anyone who walks up to a will call gate at a major league baseball stadium and demands a ticket now have the right to be seated?

Because that is the “value” MLB is upholding …

Also, do Manfred and his politically correct backers have any idea who they are really hurting by stripping Atlanta of the All-Star game and draft?

According to the Cobb County travel and tourism bureau, baseball’s decision will cost the county more than $100 million in lost tourism revenue alone – money which would have supported mostly low-income jobs in an industry that has been absolutely battered by the coronavirus pandemic and its subsequent societal shutdowns.

“This event would have directly impacted our county and the state, as visitors spend their dollars on local accommodations, transportation, entertainment and recreation, food and retail throughout the county,” the group said in a statement provided to WSB TV-2 (ABC – Atlanta). “This would have been a big boost to Cobb businesses and help with recovery after the COVID-19 pandemic.”

Indeed, it would have been … but baseball’s new “values” apparently do not extend to the livelihoods of those struggling to make ends meet during these uncertain times.

While I am upset over this decision (obviously), I’m not “quitting” baseball. I didn’t quit the National Football League (NFL) when it dove headfirst into the culture wars a few years back. I remained an Indianapolis Colts’ fan through all that drama – although I am not afraid to call the league out when I believe it crosses the line into similarly mindless leftist propaganda.

I stuck with baseball during its 1994 strike. I remained loyal through its steroid scandals. I even continued to follow the pastime after it replaced its immaculately crafted “Made in the U.S.A.” hats with poorly stitched, high-brimmed Chinese imitation lids. And I will stay loyal through this.

Still, baseball has alienated scores of fans thanks to its decision to “cancel” Atlanta. And it has done so based on an ignorant interpretation of a law that merely sought to uphold the integrity of the right to vote and protect one of our most fundamental freedoms from fraud and abuse.

To me, such a law seems in keeping with the inherent fairness upheld by the lines of a baseball diamond … but whether it is or it isn’t, baseball should have never stepped outside of its lines and weighed in.

Such behavior may sadly fall within the purview of professional sports in the 21st century, but it is beneath a pastime …