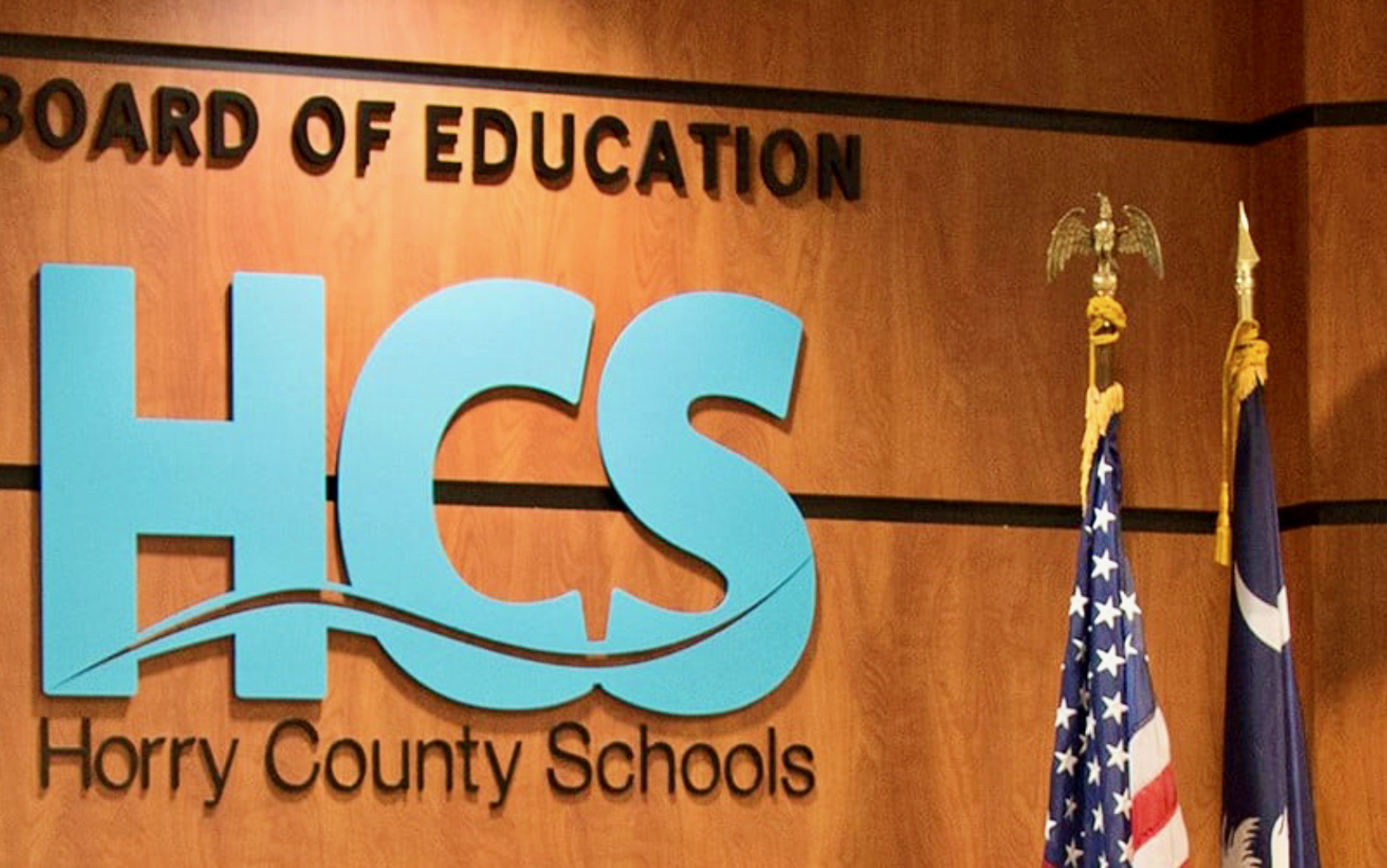 Horry county, South Carolina is a staunchly “Republican” part of the Palmetto State – to the extent that means anything anymore. In the 2020 presidential election, 66.1 percent of its voters backed former U.S. president Donald Trump.

Meanwhile, of the nearly 130,000 registered voters in the county who chose to punch the “straight ticket” option on their ballots last fall – 71.9 percent of them selected the entire GOP slate.

In other words, Horry is one of the last places in America you would expect to find “woke” indoctrination making a home for itself within the local public school system.

This is especially true right now considering the chairman of the county school board – Ken Richardson – is an announced candidate for the S.C. seventh congressional district. That seat is currently held by Tom Rice, who is in hot water with Trump supporters after voting to impeach the former president back in January for his alleged “incitement” of a mob that stormed the U.S. capitol on January 6, 2021.

Richardson and other would-be Rice opponents are running hard to the right in an effort to oust the incumbent – seeking to brand themselves as MAGA warriors.

Again, all of which is why Horry schools were not on our radar in terms of advocating on behalf of the “new orthodoxy.”

Surprisingly, though, this news outlet received complaints last month about a controversial new “professional development” course within the district – one based in part on a decidedly “woke” book entitled Coaching for Equity by author Elena Aguilar.

According to her website, Aguilar practices “transformational coaching” in which “individuals and organizations remove obstacles to equity.” Her latest book – the one used by the district – aims to “interrupt educational inequities” by exposing “the hidden obstacles to equity” and offering “extensive strategies for talking about race, power, and systems of oppression.”

To be clear: Equality is a laudable goal within any organization. And within a taxpayer-funded school setting, it is absolutely non-negotiable. As I have often stated, though, equality cannot be a one way street.

Also, in seeking to arrive at a destination of mutual respect one cannot resort to demonizing others – or presupposing biases based on their skin color. Because that is every bit as racist as the racism these “woke” disciples are seeking to eradicate.

In other words, beginning a conversation by calling someone a racist without any justification (or based entirely on some nebulous link to the past) – is absolutely not going to make them receptive to a conversation about, well, anything.

It is going to make them angry and defensive …

Sadly, this is exactly what transpired at one Horry county school during a “professional development” seminar featuring Aguilar’s book.

The seminar also featured several images of young black males and asked teachers whether they could “effectively teach a student that you fear?”

Additionally, teachers were advised that they were not supposed to be “good” people, but rather “good-ish” people – a philosophy espoused by liberal activist Dolly Chugh. According to Chugh, “good-ish” people are better than good people because they are “not free of bias but … (own) the bias when it happens.”

Chugh’s teaching also rebukes what she calls “ordinary privilege” – in which people ostensibly benefit from having traits that “align with the norms of society.”

“For example, the fact that I’m straight,” Chugh said.

The objective of all this leftist drivel? To create some misplaced sense of guilt among those who “oppress” others by virtue of their alleged normalcy. Which does not strike me as being remotely consistent with the goal of “professional development.”

I reached out to Horry schools spokeswoman Lisa Bourcier earlier this week to talk about the district’s use of this sort of material.


“The book you mention was the subject of a book study for instructional coaches and was intended to promote a discussion and awareness among instructional coaches about equity as it relates to student academic achievement,” Bourcier told me. “Recently, we were made aware of a school-level professional development session on equity which was held approximately three weeks ago.  Concerns were shared about aspects of the presentation.”

“Generally speaking, with any educational resource, some content may be useful and appropriate, while other content may be debatable,” Bourcier added. “As the book study comes to a close, we encourage reflection and thoughtfulness that is respectful and considerate of all our stakeholders.”

Fair enough … but what about those who felt unfairly labeled by the exercise?

What about respect and consideration for them?

“Asking people if they are racist isn’t considerate of any stakeholder,” one source told us. “Talk about being guilty before being proven innocent.”

To reiterate, I have no issue with schools offering materials to teachers aimed at promoting equality. Such exercises can be useful and, in some instances, are necessary. I do, however, have strong reservations about taxpayers subsidizing materials and presentations which make preposterous presumptions and which seek to unfairly assign blame on people who have done nothing wrong.

Such inherently biased, divisive materials have no place in any taxpayer-funded agency …

Related Topics:FeaturedHorry County Schools
Up Next