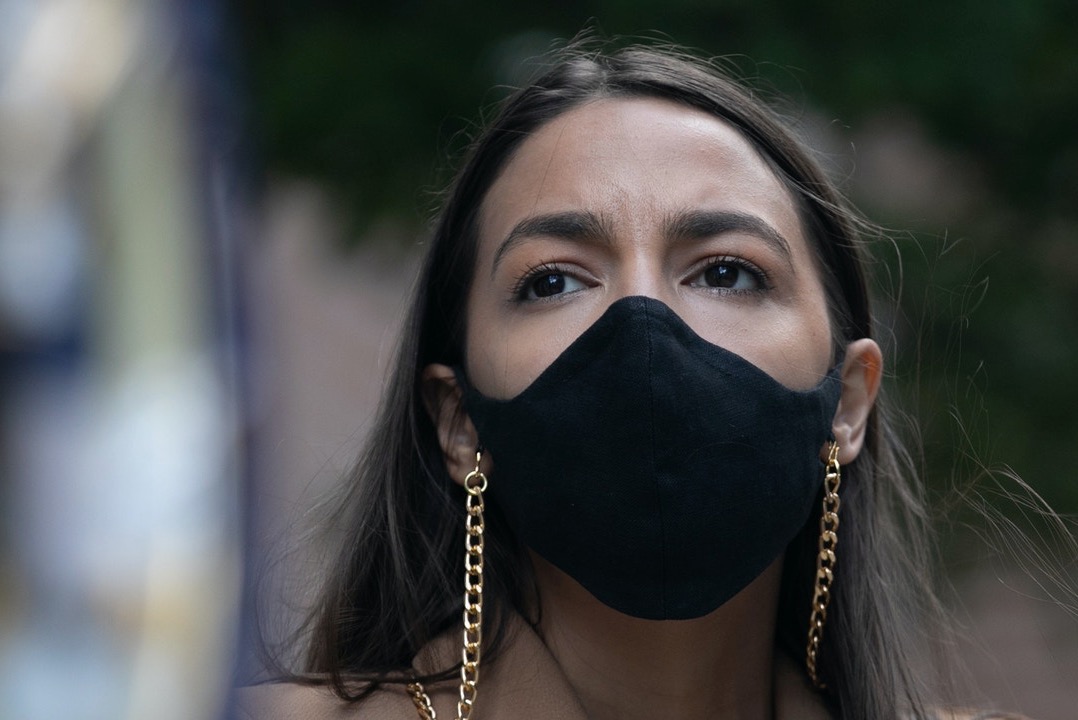 A month ago, we reported on the dilemma Democrats in Washington, D.C. are facing as they prepare to lay out a governing agenda for a badly divided American Republic. A big part of the problem? Democrats themselves are badly divided …

This week, those divisions were on display when socialist lawmaker Alexandria Ocasio-Cortez told The Intercept that the two most influential Democratic leaders in the U.S. Congress needed to be turned out.

Yet while “AOC” called on Democrats to replace House speaker Nancy Pelosi and Senate minority (soon-to-be-majority?) leader Charles Schumer – she acknowledged there were no suitable replacements for either politician.

In fact, she argued booting Pelosi and Schumer could conceivably lead to even more “conservative” Democrats occupying these leadership posts.

“If you create that vacuum, there are so many nefarious forces at play to fill that vacuum with something even worse,” she said.

Wait … why doesn’t she run?

“The House is extraordinarily complex and I’m not ready,” she said. “It can’t be me. I know that I couldn’t do that job.”

In addition to slamming her liberal leaders, Ocasio-Cortez echoed concerns of fellow “progressives” over appointments being made by U.S. president-elect Joe Biden – appointments the far left views as “corporate-friendly.”


“It’s horrible,” Ocasio-Cortez said, adding Democrats embracing “this moneyed political establishment that rules Washington (was) … a huge reason why we got Donald Trump in the first place.”

She’s correct … although we shudder to think of the sort of appointees her socialist “squad” would offer as alternatives to Biden’s cabal of liberal insiders (most of whom are bureaucrats who served under former U.S. president Barack Obama).

As we noted last month, Democrats have a real problem on their hands – especially if they wind up winning both of the competitive U.S. Senate runoff elections in Georgia (and, by extension, control of the Senate).

After all, the 78-year-old Biden, 80-year-old Pelosi, 81-year-old Steny Hoyer and 80-year-old Jim Clyburn are unlikely to evoke much in the way of excitement among rabid leftist revolutionaries eager to pack the U.S. supreme court, defund the police, collect reparations for slavery, censor speech (and other liberties), open the border in perpetuity, further socialize medicine and impose all manner of anti-competitive policies on the nation’s economy.

Even if Ocasio-Cortez and her allies are unsuccessful in advancing their agenda items, the pressure they place on Democratic leadership will drive the policies that do pass much further to the left.


“We are currently negotiating to get and work towards real material concessions for the left that can move things into place, to help build power for the next two years,” she told The Intercept.

Sadly, Republicans have no one to blame but themselves for this situation – having squandered the opening Donald Trump gave them to make real inroads with blue collar workers.

The GOP had all the levers of power in 2017 – but the party failed to deliver on Trump’s campaign promises of lower taxes and less spending. Taxes were cut … but not for the middle class.

Meanwhile spending exploded … and that was before the Covid-19 stimulus.

Obviously we will keep a close eye on these internal Democratic dynamics as they will play a key role in determining the ideological orientation of those navigating the American ship of state through what can only be described as choppy waters.