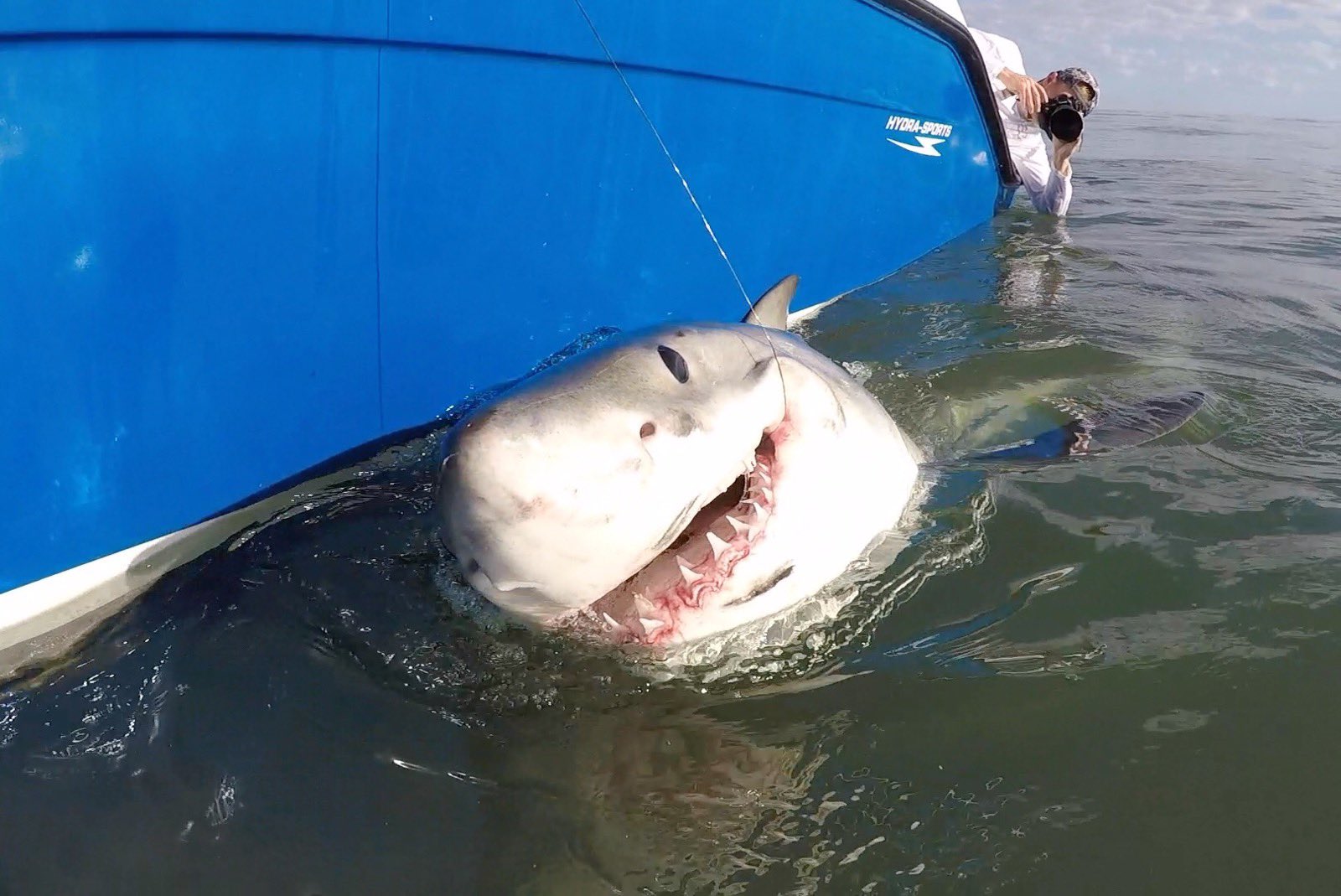 Is Josiah the great white shark headed home for the holidays?

And yeah, that’s the same Chip Michalove who was lucky enough to spot a mom and calf North Atlantic right whales swimming off the coast of Hilton Head last week.


When we last reported on Josiah, he was cruising around the Jersey Shore in August.

When Michalove initially hooked Josiah off the coast of Hilton Head in December 2019, he attached a SPOT (Smart Position or Temperature Transmitting) tag to his fin so that scientists at the Atlantic White Shark Conservancy — along with anyone who has the Sharktivity App — can track the shark’s movements in real time.

Before Monday, Josiah’s tag hadn’t pinged since November — and his covered some serious distance in the meantime.

One month ago, he was spotted off the coast of Norfolk, Virginia.

Josiah has had quite the journey this year — swimming well over 1,000 miles, as far north as Rhode Island on June 23 and as far south as Daytona Beach, Florida last New Year’s Eve.

“Josiah has been the best pinging shark I’ve ever seen,” Michalove told FITSNews. “We have quite a few with satellite tags, and for the tag to turn on, the dorsal fin has to break the surface of the water…fortunately this guy spends a good portion of his days on the surface which gives us his location.”

Great white sharks can swim as fast as 35 mph.

Michalove said it’s been interesting to watch how close he gets to the shore.

Just like so many other great white sharks, Josiah spent most of the winter —from February to April — swimming off the South Carolina coast from Hilton Head to Charleston, all the way up to Myrtle Beach.

“If he swims by Hilton Head, which it looks like he will shortly, it’ll be his 3rd time visiting us,” Michalove said. “He made an appearance off Hilton Head on his way back north in April as well.”

Michalove said its a good sign to see the shark return to the area where he was first caught.

“The cool thing for me is, he came back to Hilton Head,” Michalove said. “If you traumatize a shark it darts like a bat out of hell. Not only did this guy hang around after tagging but he returned four months later.”

And now, it looks like he’s coming back again.


Michalove said he helps to re-capture the shark and check on his satellite tag and see how it has held up in the last year.

Michalove has caught multiple sharks more than one time, including an 8-foot great white shark he hooked again eight months after he caught it the first time.

But this year, the great whites are a bit off-schedule this year (like everyone else in 2020).

“They should’ve all been here by now, but the unusually warm weather that Cape Cod has had gave them a little extra time to feed on a few extra seals before making the trek south,” Michalove said.

“Josiah was the first one tagged last winter and he may be leading the pack this year as well,” Michalove said.