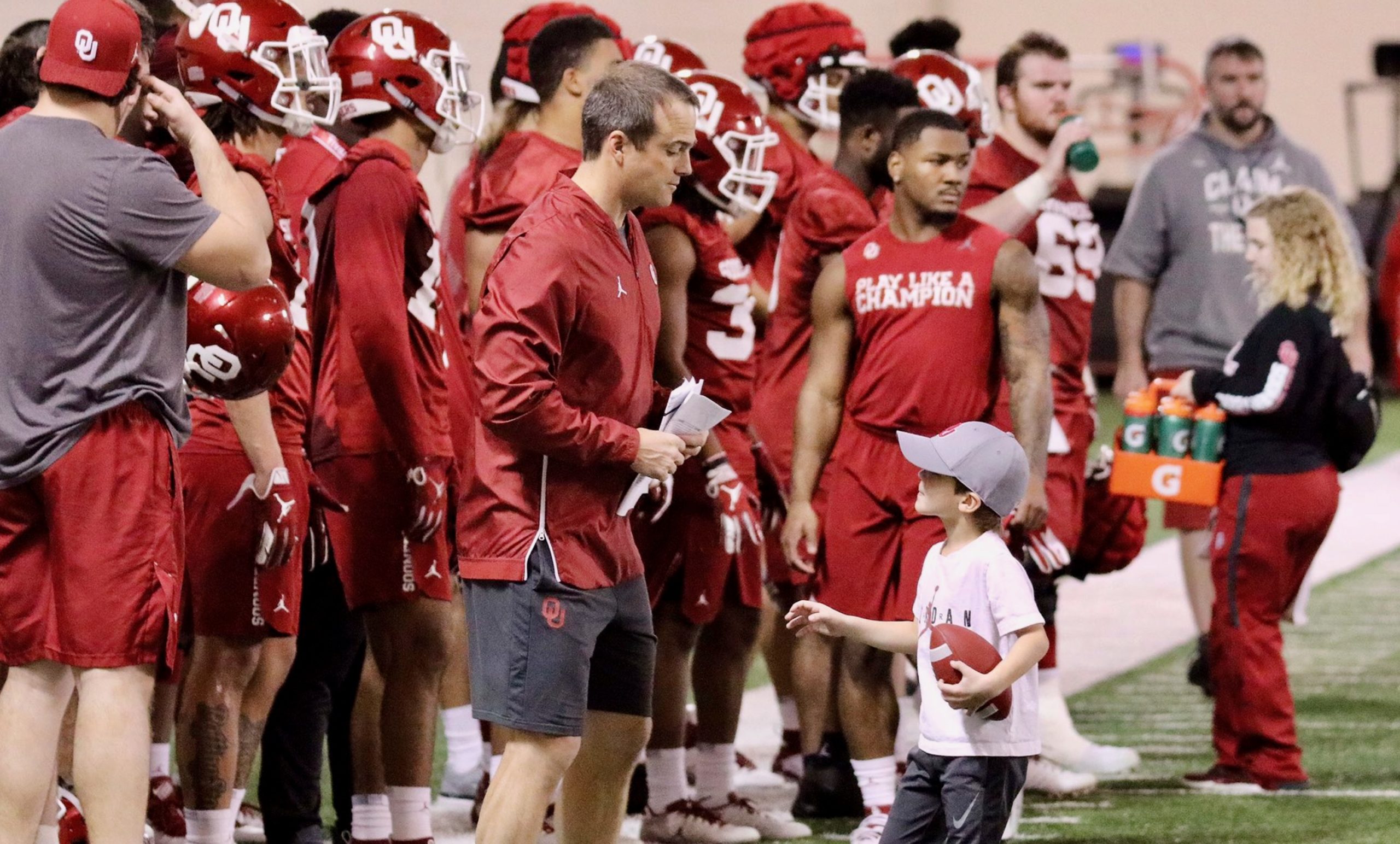 Oklahoma University assistant coach Shane Beamer is the frontrunner to become the 36th head football coach at the University of South Carolina – with one news outlet citing sources close to the program saying the deal is “done.”

Our sources aren’t willing to go quite that far, although we are told the school’s results-challenged athletics director Ray Tanner was in the process of selling Beamer’s proposed hire to the school’s politically appointed board of trustees.

Meanwhile, Tanner was telling donors early Sunday morning that he still had “additional interviews” to conduct in connection with the search – while several donors familiar with the process told us the school was making a late push to try and lure Iowa State head coach Matt Campbell to Columbia, S.C.

Tanner previously saddled South Carolina with Will Muschamp – who was relieved of his duties on November 15, 2020 after posting a 28-30 record in four-and-a-half seasons at the helm of the once-proud Gamecock program.

Muschamp was fired after dropping thirteen of his last nineteen games – a stretch that included ten double-digit defeats and seven losses by margins of twenty or more points.


In addition to saddling South Carolina with Muschamp – whose first stint as a head coach at Florida also ended in disaster – Tanner saddled the cash-strapped program with a massive $13.7 million buyout to get rid of the twice-failed head coach.

According to SportsTalk SC, Beamer – son of former Virginia Tech head coach Frank Beamer – is in line to receive a four-year contract from the school valued at approximately $3 million a year. The 43-year-old Charleston, S.C. native could be announced as the Gamecocks’ next head coach “within a few days,” according to the SportsTalk SC report.

Beamer was an assistant at South Carolina from 2007-2010 under former head coach Steve Spurrier – coaching linebackers, defensive backs and special teams. Citing Beamer’s “proven record as a recruiter,” Spurrier tapped him as the Gamecocks’ recruiting coordinator in 2009. The young staffer proceeded to help land some of the most heralded prospects in school history – enabling the Gamecocks to embark on a run of three consecutive 11-win seasons from 2011-2013.

Where was Beamer’s name in our expansive post two weeks ago about the South Carolina coaching search?

Nowhere … and with good reason.

After all, Beamer has never held a head coaching job – let alone one in a power five conference. In fact, he has never been an offensive or defensive coordinator. Asking him to take the reins of a Southeastern Conference school seems like a stretch to us – although donors we spoke with sounded an optimistic tone about his rumored hiring.

“I think he can put together a good staff and turn this thing around,” one donor told us. “Beamer (like Clemson head coach Dabo Swinney) will recruit, motivate and let staff coach.”

Beamer has spent the past three seasons coaching tight ends and H-backs at Oklahoma under head coach Lincoln Riley – who, ironically, was interested in the South Carolina job five years ago when Tanner chose Muchamp.

Riley has gone on to post a 42-8 record in Norman – leading the Sooners to three consecutive College Football Playoff (CFP) appearances.

Before that, he spent five seasons coaching running backs under his father at Virginia Tech.

Beamer’s career has not been without controversy. In 2016, he was fined $25,000 by Georgia for his role in the “WakeyLeaks” scandal – in which former Wake Forest radio analyst Tommy Elrod was caught providing secret game planning information to multiple Demon Deacon opponents.

Beamer was among the coaches who received information from Elrod – a former Wake Forest coach who was apparently upset that he did not keep his job when Dave Clawson was hired to lead the program in 2014.

“While at Virginia Tech, I was contacted by Tommy Elrod the night before our game against Wake Forest in 2014,” Beamer said. “I had known him for several years through coaching circles so I did not think it unusual he would be calling me. During these communications, however, he told me about a few plays that he said Wake Forest might run … I realize I made a serious mistake in judgment by accepting the information and failing to notify officials at Virginia Tech of the communications. I sincerely apologize to Virginia Tech, Wake Forest, the ACC and the University of Georgia for my mistake. I am truly sorry.”

We will continue to keep a close eye on the South Carolina coaching search as it approaches a point of critical mass. Clearly some of the big names initially linked to the South Carolina vacancy seem unlikely to pan out, however.

According to our sources, interviews with presumed frontrunner Billy Napier of Louisiana-Lafayette did not go well – while Liberty head coach Hugh Freeze is reportedly holding out for the head coaching position at Tennessee.

Gamecock Hoops Diss … In, Then Out