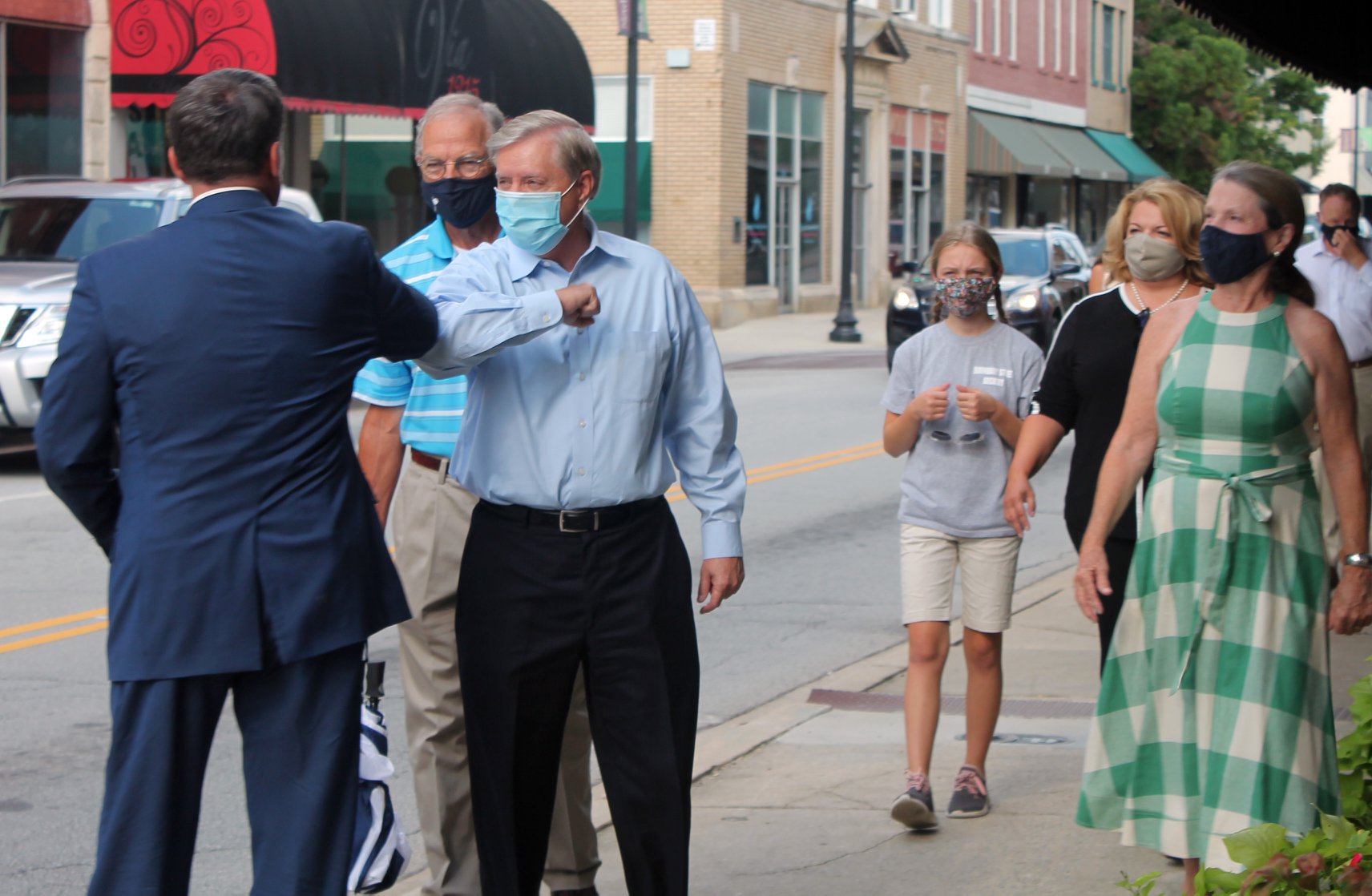 Fresh off of his surprisingly robust shellacking of a historically well-funded Democratic U.S. Senate candidate in South Carolina, political chameleon Lindsey Graham is repaying his conservative allies by taking an active role in the investigation of voter fraud allegations across the country.

Should he be involved in that process, though? And what sort of intervention is he engaging in?

As first reported by The Washington Post – hardly an impartial source – Georgia secretary of state Brad Raffensperger has accused Graham of “wanting to go down (the) road” of tossing valid ballots in the Peach State, where presumed U.S. president-elect Joe Biden is clinging to a narrow 14,000-vote lead over incumbent Republican Donald Trump.

Graham disputed Raffensperger’s portrayal of their conversation, but the left-leaning corporate media giants churned the gears … cranking up the liberal outrage factory over allegedly improper senatorial interference in a state election.

Some argued Graham should resign his post as judiciary committee chairman, while one Post columnist went so far as to suggest Graham ought to be investigated for “the underlying felony at issue.”

“The alleged behavior is serious, unseemly and raises legitimate questions,” noted Jennifer Rubin. “Whether or not any of these or other laws were broken must be investigated, but Graham’s actions have called into question his willingness to uphold the sanctity of elections.


“The Republicans’ lack of respect for election results, and willingness to propound all sorts of far-fetched conspiracy theories, have already seriously undermined trust in the election and whipped their base up into a fury,” Rubin added. “It’s time to stop. The election is over.”

Rubin is correct on that last count: The election is indeed over … but the recounts and legal challenges are not.

And as we have previously noted, that process must be allowed to play out.

“Requesting a recount should not diminish our trust in the election process; rather, recounts should strengthen our confidence that nothing will stand in the way of every voter’s ballot being counted,” South Carolina state representative Garry Smith wrote in a column published on our news outlet just today.

As for Graham, he doubled (tripled?) down on his involvement in this process on Tuesday – telling reporters he had reached out to officials in Nevada and Arizona, too.

“I talked to Arizona. I talked to Nevada,” Graham told reporters in Washington, D.C., according to The Hill. “Voting by mail is going to be more not less. How you validate signatures is really important.”

Before addressing Graham’s involvement in these matters, it is important to note this news outlet’s position regarding the ongoing voter fraud investigation has been unambiguous from the very beginning.

“Barring clear and compelling evidence to the contrary, we presume the current electoral returns are valid,” we wrote last week. “However, this presumption of validity must be accompanied by a rigorous inspection of all ballots in these battleground states – along with a thorough investigation of all credible allegations of tampering, box-stuffing, ‘glitches’ and other voting irregularities.”

Not complicated … nor does it seem to us especially controversial.

As for Graham’s involvement? Eh … we are not wild about the optics.

With a federal investigation of alleged irregularities in multiple states already underway – and state recounts and related inquiries currently in process – we believe senators and representatives in Washington, D.C. would be wise not to directly involve themselves in the equation.

We are not saying Graham did anything wrong – nor are we saying he shouldn’t voice his opinions on these matters like anyone else – but picking up the phone and calling state officials directly during the midst of their work strikes us as ill-advised at best.

UPDATE: The drama is still going …