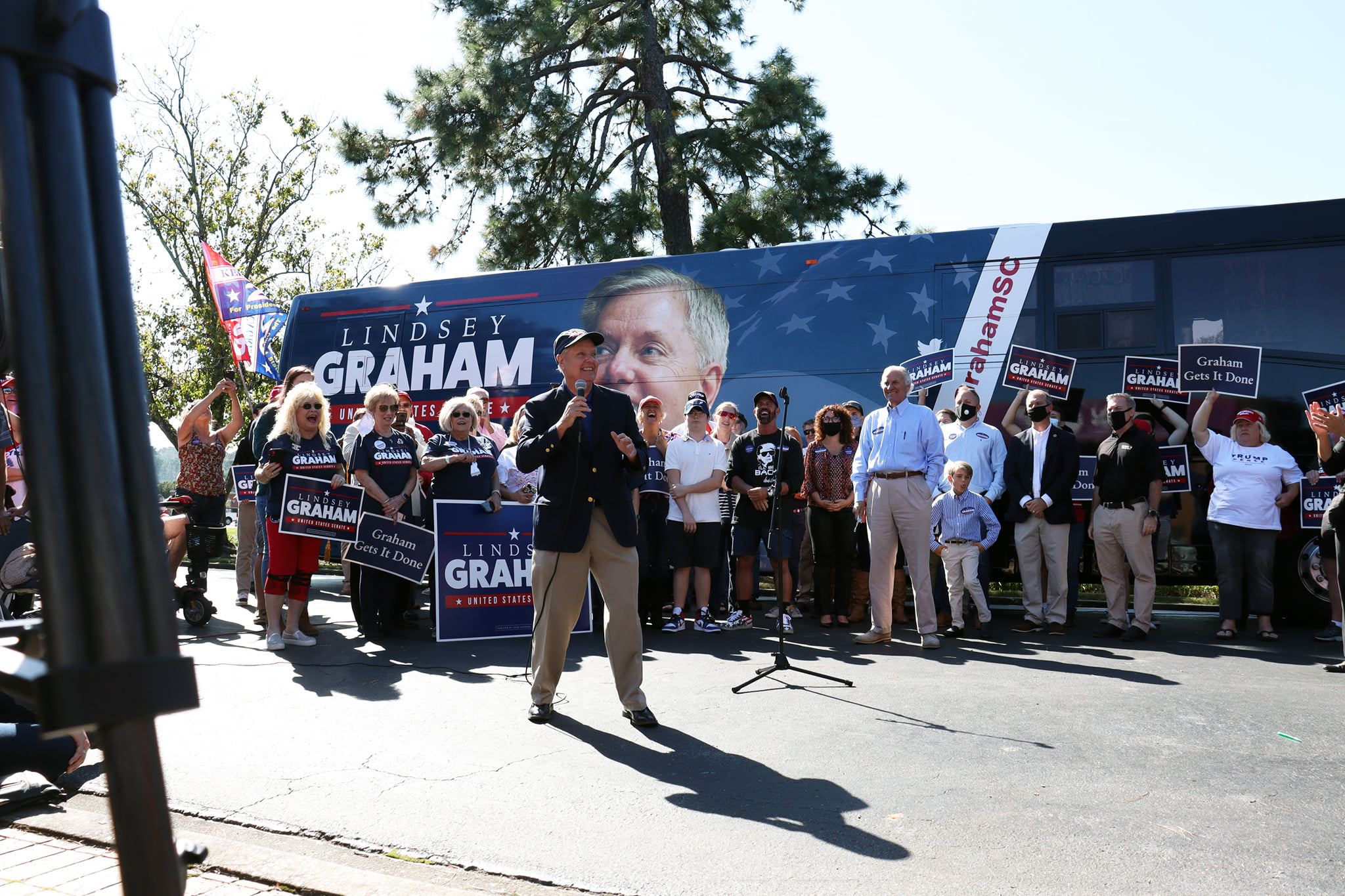 A referral has been made to the U.S. Senate ethics committee asking its members to investigate whether U.S. senator Lindsey Graham improperly urged a Georgia state official to “disenfranchise Georgia voters by not counting votes lawfully cast for the office of president.”

Specifically, a trio of ethics experts want the six-member committee to examine whether Graham “threatened anyone with a Senate investigation of the Georgia vote tally.”

Or “suggested” that ostensibly valid votes be tossed, according to the complaint.

Georgia secretary of state Brad Raffensperger has accused Graham of “wanting to go down (the) road” of tossing valid ballots in the Peach State, where presumed U.S. president-elect Joe Biden is clinging to a narrow 14,000-vote lead over incumbent Republican Donald Trump.


At least two instances of uncounted or erroneously counted ballots have trimmed this lead not insignificantly (see here and here). It remains to be seen whether the final margin will be impacted by these revisions, though – which were discovered during a hand recount of all ballots cast during (and before) the November 3, 2020 election.

Trump allies have disputed the integrity of the Georgia recount process, arguing it will only wind up regurgitating the original count – which they say is full of fraudulent ballots which contain unmatched, unverifiable signatures.

Graham has claimed he was merely questioning Raffensperger about the signature verification process, not attempting to have him throw out legal ballots.

Raffensperger has stood by his original claims and volunteered a witness to corroborate his account.

“I called up the secretary of state to find out how you verify a signature and what database you use because I think it’s important that if we’re going to vote by mail, we get it right,” Graham told CNN.

Graham also reached out to officials in Nevada and Arizona, where Biden is clinging to a 0.3 percent advantage.

As we noted yesterday we have seen nothing to suggest Graham did anything wrong – although we added that “picking up the phone and calling state officials directly during the midst of their work strikes us as ill-advised at best.”

“We are not wild about the optics,” we added.

Certainly we support efforts to ensure the integrity of the ballot box – including the ongoing voter fraud investigation initiated by the U.S. Department of Justice (DOJ).

“Barring clear and compelling evidence to the contrary, we presume the current electoral returns are valid,” we wrote earlier this month. “However, this presumption of validity must be accompanied by a rigorous inspection of all ballots in these battleground states – along with a thorough investigation of all credible allegations of tampering, box-stuffing, ‘glitches’ and other voting irregularities.”

Should Graham be involved in that process? Eh …

We don’t think the calls he made were appropriate under the circumstances, but again … we are having trouble following the liberal outrage on this particular issue.

Which is saying something giving our longstanding contempt for Graham …


The warmongering career politician – who has contorted himself so many times politically that he is barely recognizable from one year to the next – clearly relished the attention he was receiving in the aftermath of the ethics referral (and subsequent calls for his resignation).

And why not? The fiscally liberal, pro-amnesty, Obamacare-enabling, abortion defending lawmaker – once known as former U.S. president Barack Obama’s “best GOP ally” – is not about to waste another opportunity to redeem himself in the eyes of Palmetto State voters, who overwhelmingly reelected him to a fourth term earlier this month thanks to his efforts on behalf of Trump’s latest supreme court pick.

“I will continue to try to find common ground where possible, but will not hesitate to vigorously oppose the radical domestic and foreign policy agenda of The Squad and other liberal critics,” Graham tweeted. “To those who are trying to silence me – you will fail miserably!”

“I must be doing something right when the most radical liberal politicians and media pundits in America are calling for my resignation!” Graham added in another tweet.

Of course Graham’s showboating only further enraged the left, with one columnist accusing him of committing an “unpardonable” sin.

“The Republican Party is now going beyond the scope of soothing the president’s psychic wounds and toward seeking mass disenfranchisement on a scale unseen in American elections since the end of Jim Crow,” alleged Matt Ford of The New Republic. “Those who supported this effort or merely stood by while it happened should never be forgiven for their role in it. Of them, Lindsey Graham is uniquely beyond absolution.”