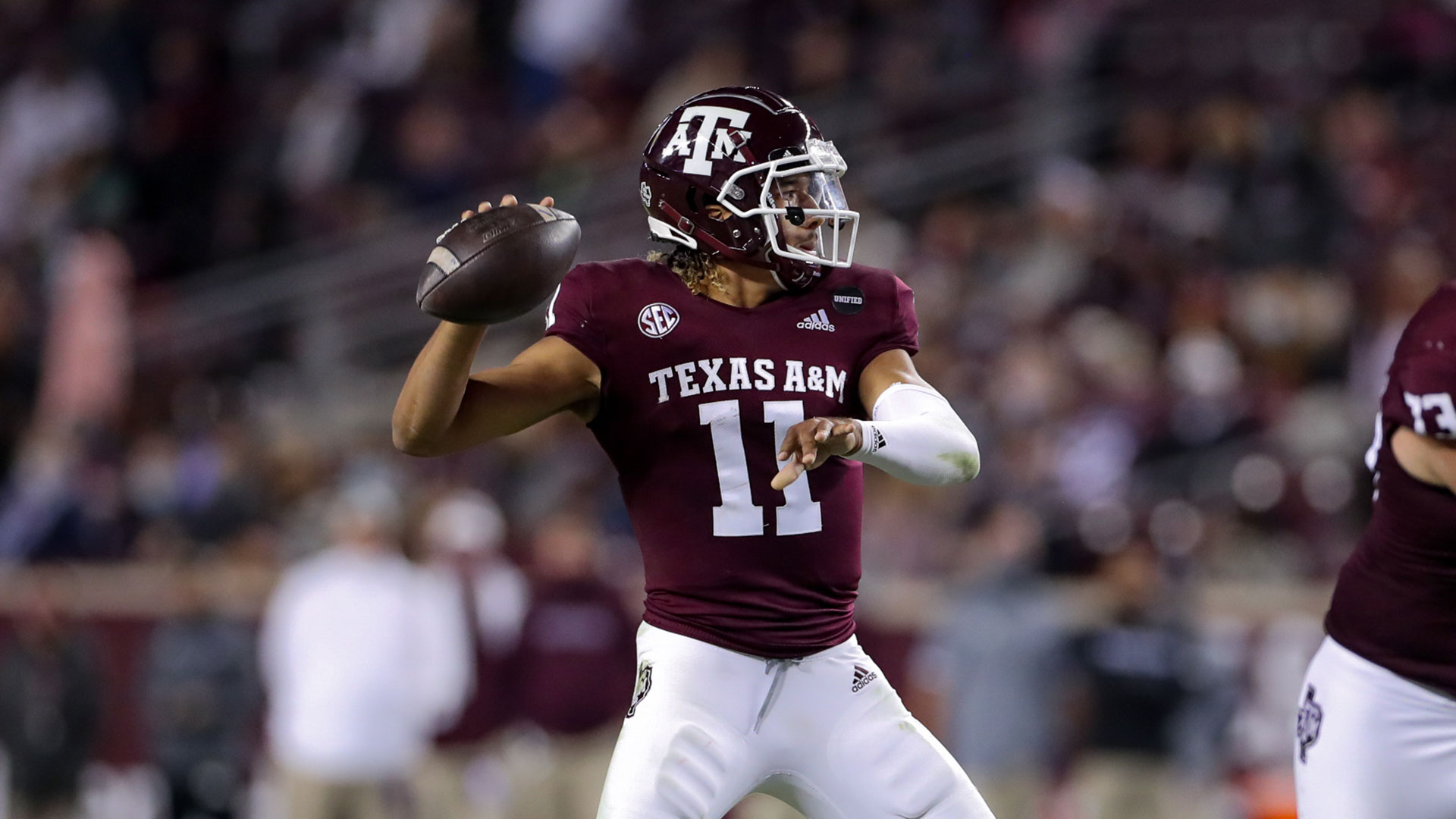 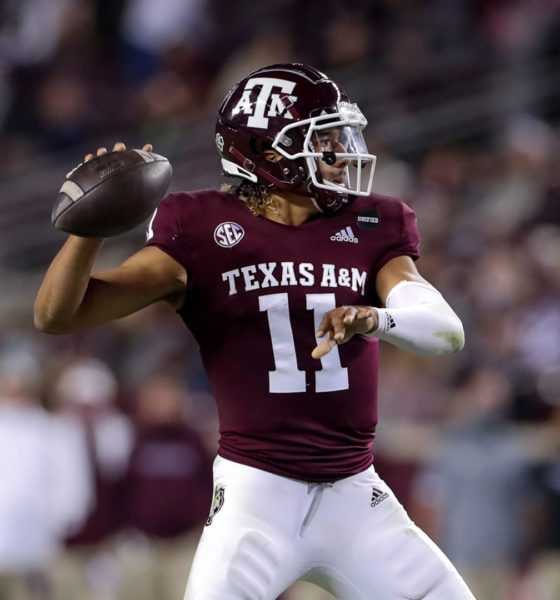 When South Carolina’s football team faces No. 7 Texas A&M this Saturday, its players will be fighting for the slim-but-not-unattainable hope of finishing the Covid-shortened season with a .500 record – which would enable them to qualify for a bowl game.

This is the second half of South Carolina’s ten-game, conference-only slate – and fifth-year head coach Will Muschamp needs to win more games than not if he wants to break even on the season.

He faces a stiff test against the Aggies (4-1) – a team South Carolina has failed to defeat in six previous tries. If Muschamp wants to finally check the box against the Gamecocks’ permanent SEC western division opponent, however, they will need to turn in a complete game.

Other than this year’s upset of Auburn, the Gamecocks have not defeated a ranked opponent since October 12, 2019 – when they pulled off a mammoth upset of then No. 3 Georgia. Bettors will recall the Bulldogs entered that game as 24.5-point favorites.

Pundits aren’t expecting a blowout in this one, with third-year head coach Jimbo Fisher and the Aggies listed as ten-point favorites on the road, according to OddsShark. That line has climbed by two points since it was set, however.


Many factors could spell doomsday for South Carolina in this game, but the first name for fans to remember is this one: Kellen Mond.

Since then, Mond has continued to amass plenty of yardage for Texas A&M. He accounted for 260 passing yards against Arkansas last weekend, completing 21 of 26 passes for three touchdowns and zero interceptions in their 42-31 shootout-style win over the first-year head coach Sam Pittman and the Razorbacks.

The 217-pound senior quarterback has recorded 1,244 yards, 12 touchdowns, and two interceptions this fall.

While this reporter loves to dive into the statistical minutia of college football, one thing seems certain – if Mond plays up to his capabilities and doesn’t make any mistakes against South Carolina, there’s no reason to think the Aggies won’t leave Williams-Brice Stadium with a win.

Assuming two capable receivers aren’t enough for Mond to stymie a Gamecocks’ pass defense that is giving up an average of 247.8 yards per game, (10th in the SEC and 65th nationally), Fisher’s team can pound the ball on the ground with a two-headed rushing attack comprised of 6-foot-1, 225-pound sophomore Isaiah Spiller (512 yards, five touchdowns) and 5-foot-10, 190-pound sophomore Ainias Smith (186 yards, two touchdowns.)

Spiller – who ranks No. 1 in the SEC with 6.02 yards per carry – and Smith should see plenty of holes as the Gamecocks are giving up 154.8 yards per game on the ground (10th in the SEC and 54th nationally).

Also, while Wydermyer and Lane offer fantastic flight options for Mond, Smith is actually his top receiving target. The dual-threat running back currently leads the Aggies with 290 receiving yards and four touchdowns through five games this season.

South Carolina’s ace in the hole at running back is Kevin Harris, a 5-foot-10, bowling-ball style tailback who has recorded 538 yards and eight touchdowns. Harris has excelled in the absence of phenom five-star true freshman MarShawn Lloyd, who was expected to fill the shoes of Rico Dowdle and Tavien Feaster, who split duties carrying the rock for the Gamecocks last season.

Lloyd’s season ended before it began as he tore his anterior cruciate ligament injury during the preseason and is out for the year.

Harris will be find the holes tough to come by against the Aggies rushing defense, though. This stout unit is only allowing opponents an average of 104.8 yards per game. A&M defenders should thrive against South Carolina’s offensive play-calling, which seems blatantly obvious at times under first-year assistant coach Mike Bobo.

It seems no matter who is running the offense, Muschamp-coached teams call a “run up the middle” on every play following a first-down conversion.

Going to the air is also problematic as the Gamecocks check in at No. 9 in the SEC and No. 70 in the nation in “average yards per completion,” mustering only 11.21 yards on any given occasion that quarterback Collin Hill is able to complete a pass downfield.

Hill is certainly eclipsing last season’s performance by true freshman quarterback Ryan Hilinski, but the ongoing lack of big play potential does not bode well for South Carolina against a Top Ten opponent.

Quarterbacks are only as good as the protection they receive, too, and South Carolina’s offensive line is currently allowing 3.2 sacks per game – ranking No. 91 in the nation. No wonder big plays have been few and far between for this unit.

Do the Gamecocks enjoy any advantages over the Aggies?

Potentially. With Harris leading a ground game that is averaging 4.5 yards per carry, South Carolina does have the ability to grind out drives. There’s also Shi Smith, an explosive 5-foot-10 athlete from Union, South Carolina who is one of the best slot receivers in the nation and a third-down conversion machine.

Will it be enough to overcome the Aggies and help Muschamp avert another late season slide?

Just as 2019’s mid-season stunner over Georgia provided false hope for South Carolina fans, this year’s 30-22 upset over then-No 15 Auburn appears to have had the same effect.

Now we are back to the same depressing story line: Can Carolina scrape up enough wins to muster a .500 record and make it to a postseason bowl game? It’s a question Muschamp will eventually need to answer if he hopes to keep his job.

An upset against the Aggies would certainly go a long way in helping the Gamecocks’ secure that goal this season (and reduce the temperature under Muschamp’s seat), especially with winnable games against Ole Miss, Missouri, and Kentucky remaining on the slate. But South Carolina will need to put together a complete game on both sides of the ball – including a revived defensive effort against Mond and an Aggie offense that averaged 37 points in games against Florida, Mississippi State, and Arkansas.

Gamecock fans (and athletics director Ray Tanner) would be wise to remember this, too: Muschamp is 3-6 overall in the month of November since 2018, with his only wins coming against Chattanooga, Akron, and Vanderbilt.

The good news? The South Carolina men’s and women’s basketball programs will be taking the court soon …