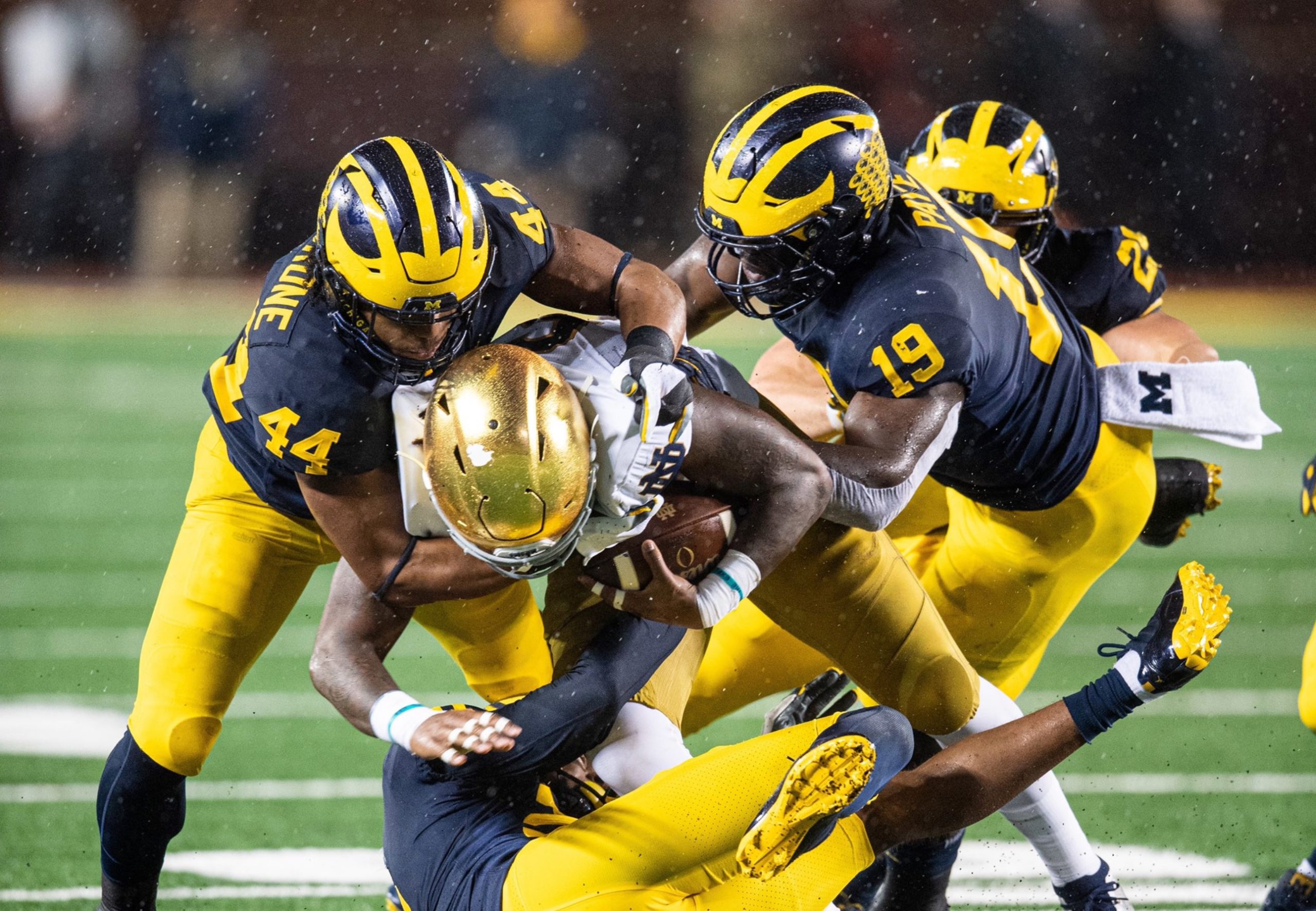 Two of the most shocking upsets of the 2016 presidential election were the unexpected swing state victories recorded by U.S. president Donald Trump in Michigan and Wisconsin. Trump won the Wolverine State by a razor-thin 0.23 percent margin and won the Badger State by 0.77 percent.

As we have previously noted, Atlanta, Georgia-based strategist Robert Cahaly was the only one who correctly predicted Trump’s Michigan win – and one of the only pollsters who predicted Trump would win the White House.

National polls had Trump losing Michigan to Democrat Hillary Clinton by five percentage points – and had him losing Wisconsin by 6.5 percentage points. Those pollsters got it wrong … but Cahaly got it right. Which is why we pay attention when he talks about swing states.

Earlier this week, Cahaly attracted attention when he tweeted that the decision by the Big 10 conference to cancel its 2020 fall football season “due to ongoing health and safety concerns” related to the coronavirus pandemic was “the single most impactful development” in the 2020 presidential election.

Called onto cable television Saturday to defend his views, the bow-tied pollster did not back down from that contention – arguing the conference’s decision could wind up costing former U.S. vice president Joe Biden these two swing states.

“Absolutely – I believe it is a significant factor,” Cahaly told CNN’s Michael Smerconish. “How people perceive the coronavirus is defining their politics. If you believe it’s a hoax or you think it’s overblown you’re in the Trump corner. If you believe everything needs to be shutdown and you won’t leave your home until there’s a vaccine you’re in the Biden corner.”

We have noted as much in our prior coronavirus coverage …


“But if you’re in the middle – and there’s a growing group that says ‘hey, we’re going to do what we can to be safe and protect our families but we’re gonna live our life’ – well, that group is growing, and how that group moves and how they perceive the candidates absolutely is going to determine how they vote,” the lead strategist for The Trafalgar Group noted, speaking from a studio in Mount Pleasant, S.C.

“And college football is on the front line of that,” Cahaly added.

Cahaly cited a recent tweet from Trump calling on the 2020 college football season to be played.

“The student-athletes have been working too hard for their season to be cancelled,” Trump tweeted.

Trump also tweeted out a campaign-style video in support of his position, joining players who have embraced the #WeWantToPlay movement … including star Clemson quarterback Trevor Lawrence.

“The president has already started it with his tweet,” Cahaly told Smerconish. “I expect if the campaigns are smart there will be TV commercials on (this) that will air during these games. If you’re a midwestern Michigan fan watching Alabama and Clemson play football on TV you’ve got to be wondering what’s going on.”

Asked whether “pigskin politics” winds up becoming a bigger issue with conservative or liberal “base” voters versus undecided voters, Cahaly argued the focus should be on the latter.

“I think it’s much more of a swing voter (issue),” Cahaly said. “People talk about enthusiasm and they talk about (the) enthusiasm gap – I buy into that a little bit less because I think the enthusiasm is pro- and anti-Trump. And there’s not a gap there. I mean, you are either on one side or the other. What’s in between is actually the swing voter.”

So … where are swing voters when it comes to college football?

According to Cahaly, they overwhelmingly want the games to be played.

“We see a large majority in Michigan – over 65 percent – of those that are undecided or unenthusiastic about their candidate, 65 percent are on the side of playing football,” he told Smerconish. “In Wisconsin it’s a little bit below that – it’s 55 percent – but it’s a significant percentage of those people that swing one way or the other.”

And why does this matter?

“In both states we show the numbers close enough that whoever wins those swings is going to be the winner of those states,” Cahaly said.

Also worth noting? These numbers represent a starting point … just imagine where they will go when the television advertisements Cahaly is envisioning begin blanketing the homes of frustrated Big 10 fans?