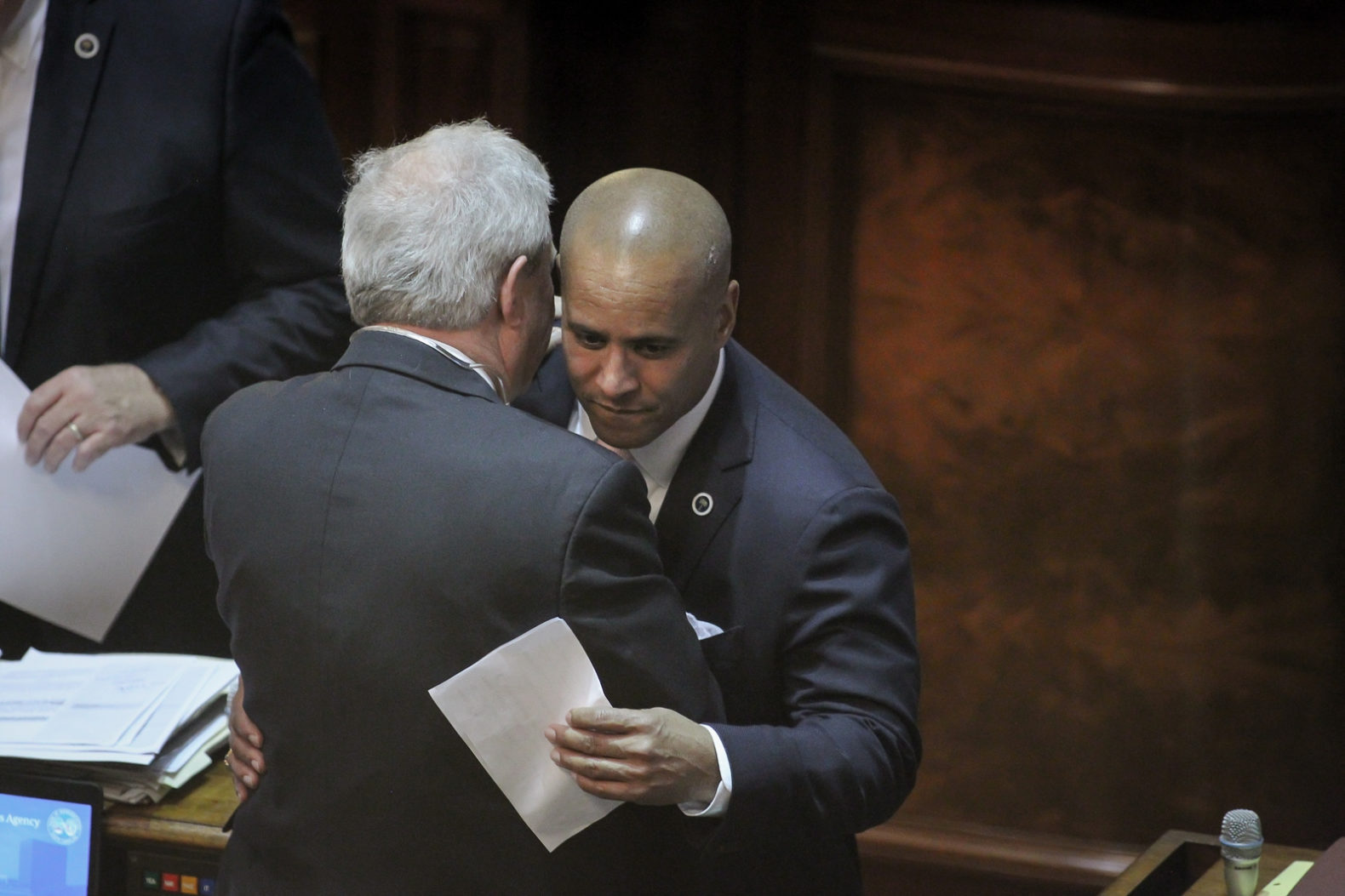 South Carolina minority leader Todd Rutherford may face a challenge in his bid for another term as the ranking Democrat in the S.C. House of Representatives. According to our sources, state representative Russell Ott of St. Matthews, S.C. could run against the veteran lawmaker – although Ott has not reached a decision as to whether he will mount such a challenge.

Rutherford – an attorney from Columbia, S.C. – was elected minority leader in 2013. He replaced Ott’s father Harry Ott in the role after the latter stepped down to take an agricultural appointment in the administration of former U.S. president Barack Obama.

While Rutherford replaced the elder Ott in this legislative leadership position, the younger Ott filled his father’s seat in the House – winning a special election in October 2013 to fill the remainder of his term representing S.C. House District 93 (.pdf).

Ott, a farmer, won reelection in three successive cycles and is unopposed in his bid for a fourth term in November 2020.

Reached for comment on Monday, Ott (above) declined to confirm or deny his future intentions – saying his focus was on working to elect more Democrats to legislative seats in the upcoming election cycle.

“I’m supportive of different members having the opportunity to take on leadership roles in the caucus,” Ott told us. “I’ve supported Todd during each of his eight years (as minority leader). Right now I’m focused on helping get more Democrats elected to the House so there can be legitimate debate on the issues. One party rule doesn’t serve South Carolina well.”

Interesting … that is what some Republicans are saying, too.

State House insiders told us Ott would face an uphill climb in his bid to unseat Rutherford – who has amassed a base of considerable influence over the last eight years in his leadership position. We will have to see how Democrats fare in the 2020 election cycle (some believe the party is well-positioned to pick up seats), though, to determine whether Ott’s potential prospects might be enhanced or diminished.

As of this writing, Republicans hold 78 seats in the S.C. House compared to 44 seats for Democrats. Two seats previously held by Republicans are vacant. The last time we checked, though, Democratic rule was still alive and well in the Palmetto State …