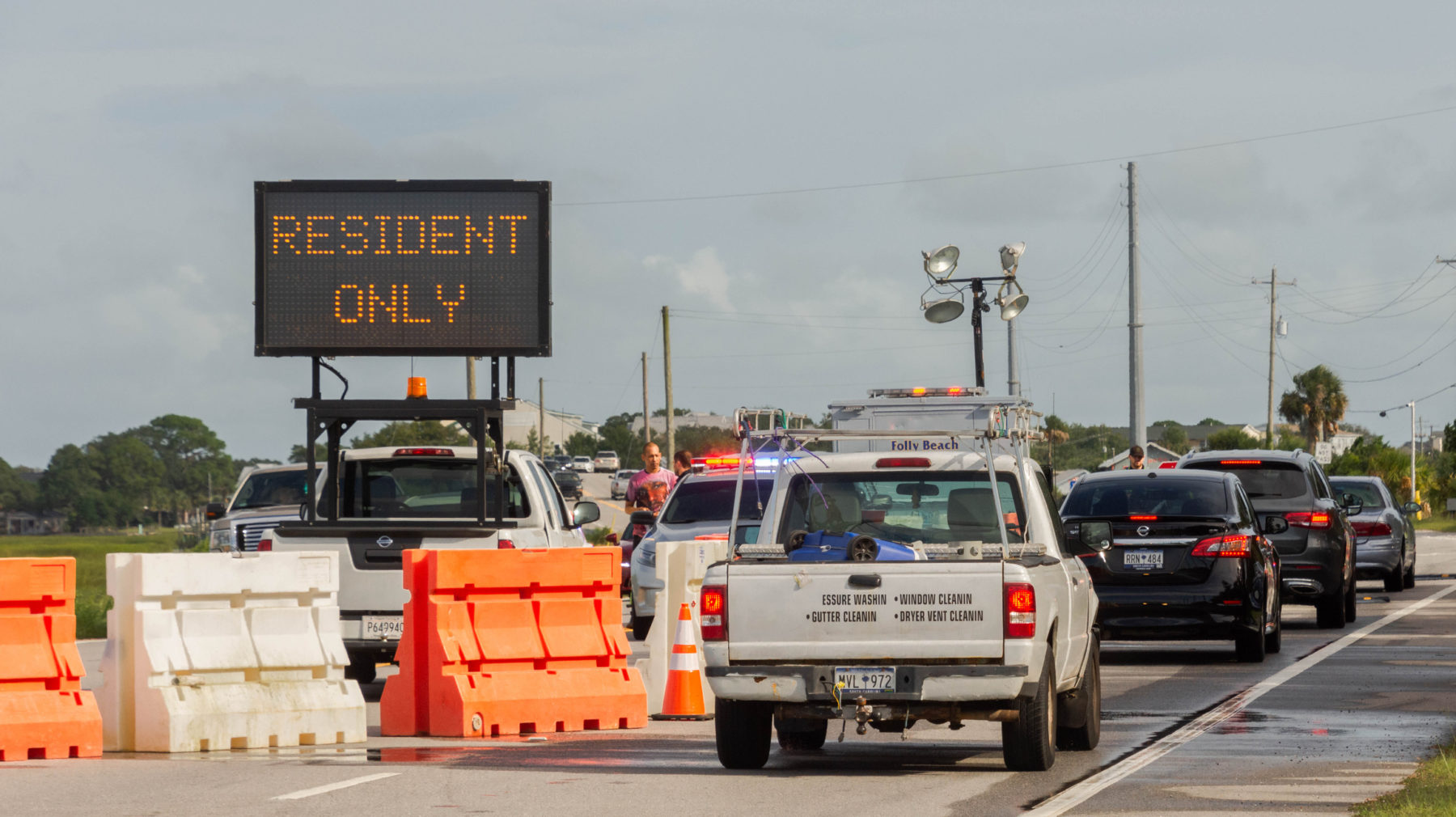 A South Carolina beach access battle that has been raging since the spring jumped to a higher energy level this week, as a petition to defund three local governments whose leaders are effectively banning access to public beaches and parks drew more than 7,000 signatures online. Meanwhile, pressure is mounting against local elected officials who support the restrictions – including one official whose relatives appear to be profiting from the situation.

As we have previously reported, local leaders on Folly Beach, the Isle of Palms and Sullivans Island have been using an ongoing state of emergency related to the coronavirus pandemic to block access to their communities.

According to a petition filed on Change.org, these communities have “posted armed police on the bridges connecting them to the mainland who forcibly prevented the rest of the citizens of Charleston county from accessing these islands.”

After legal challenges forced municipalities to remove these roadblocks, they have resorted to imposing new “beach use rules” and draconian limitations on parking – measures one local county councilman, Brantley Moody, recently referred to as part of “a move to privatize the beaches.”

“I think this is a move that these communities have wanted to make for a long time and COVID gave them the perfect excuse to do it,” Moody told WCBD TV-2 (NBC – Charleston, S.C.) earlier this week.

Moody and other local leaders – including Mount Pleasant mayor Will Haynie and county councilman Elliot Summey – have been battling for months to ensure access to public beaches and parks located along the coastal regions to the north and south of Charleston harbor. Unfortunately, these local leaders have received precious little in the way of support from governor Henry McMaster – whose ongoing (and constitutionally dubious) emergency order is what precipitated this drama.


They have also received no help from state senator Marlon Kimpson, who has backed the municipalities to the hilt in their ongoing efforts to limit access to public beaches and parks.

The petition called out these heavy-handed actions, referring to one recent Isle of Palms parking restriction as “a specific and unlawful act to favor island residents and exclude the public.”

The petition also echoed recent statements by Moody and other leaders – who have argued that county and state funds should be withheld from Folly Beach, Isle of Palms and Sullivans Island until access to public parks and beaches is fully restored.

“Despite the fact that they all receive large contributions of money from Charleston county and the state, they have adopted policies which have the effect, and are intended to, make them like gated communities open only to their residents and the guests of residents,” the petition noted.

As of Tuesday morning, the petition had drawn 7,092 signatures.

Michael Barnett – the author of the petition – told us local officials were using Covid-19 as an excuse to “essentially privatize these islands and the public beaches.”

As the debate has ramped up, one local official who has staunchly supported the lockdowns – Isle of Palms mayor Jimmy Carroll – has fallen under intense criticism. Specifically, opponents of the beach access restrictions do not believe Carroll when he says his support for the measures is motivated by public safety.

“We’ve got to do what’s right for the community,” Carroll recently told columnist Brian Hicks of The (Charleston, S.C.) Post and Courier.

Is that the only reason, though?

Back in March, Ashley Carroll – who along with her husband Michael Carroll own a controlling interest in Jimmy Carroll’s family real estate company – posted a message to social media that critics say exposed the mayor’s true motive for these measures.

“IOP just restricted access to the beach!” Ashley Carroll wrote on Facebook. “GOOD NEWS is that short term renters with a contract can still access the beach. EVEN BETTER news is that my company, Carroll Realty, is offering great discounts for all vacation properties! (emphasis original).”

Carroll later apologized for her Facebook post, saying it was “not appropriate and misguided,” but her apology did not sate detractors.

“Isn’t it convenient for the mayor’s family business to profit from choking off public access to the beach?” one critic mused.

This news outlet believes duly elected municipal leaders have the right (and in some cases, the obligation) to act in the best interest of their communities – but such actions have limitations and must be balanced by competing interests. This is especially true when we are talking about a public asset (South Carolina’s coastline) and the taxpayer-maintained roads and bridges that provide access to it.

We believe Carroll and other municipal leaders in these coastal communities have clearly overstepped the mark in their recent efforts to safeguard the “health” of their citizens – and we support efforts by citizens and other local leaders to hold them accountable.