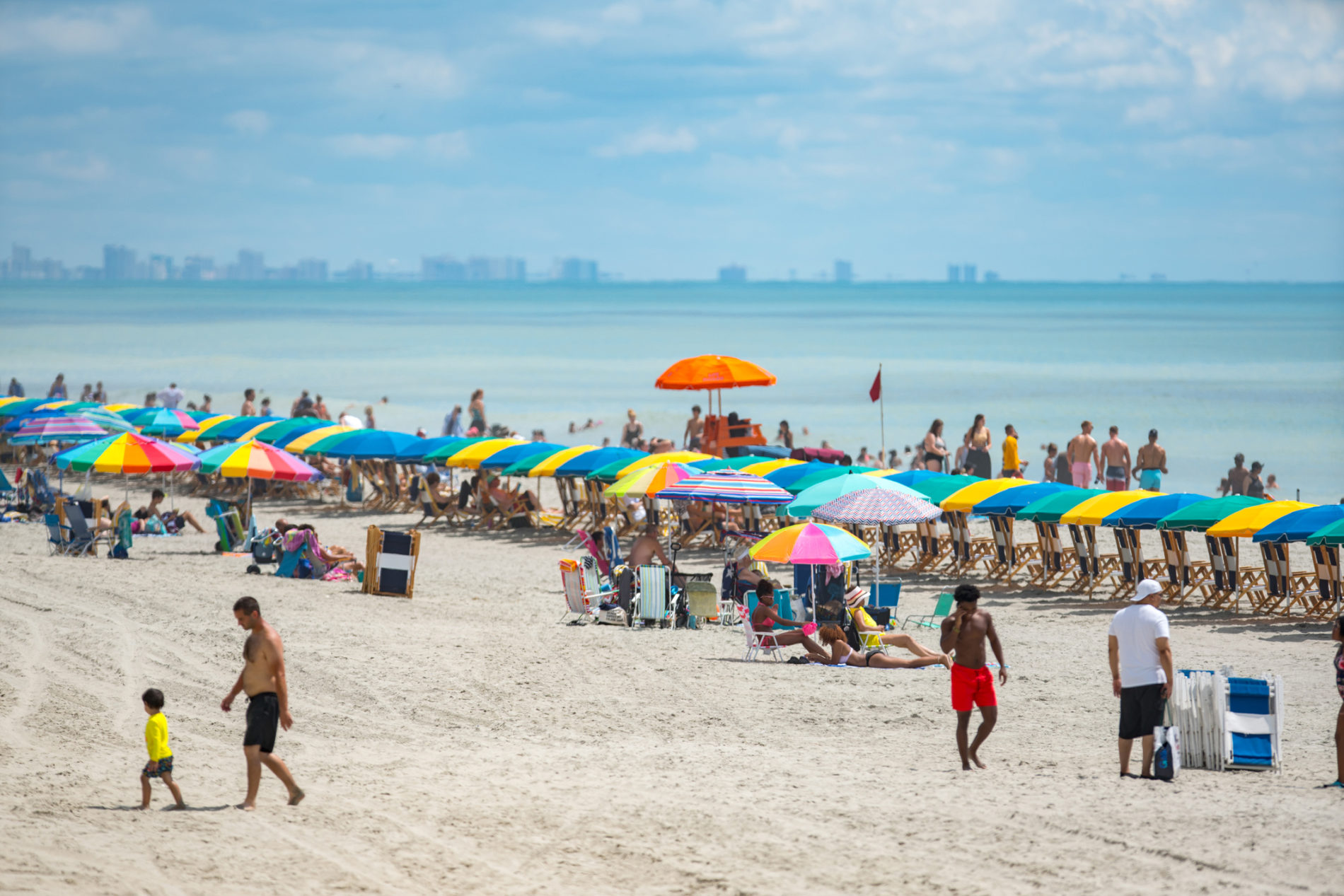 This was supposed to be the month South Carolina’s tourism industry pulled out of its coronavirus funk and began making up some of the ground it lost during the previous three months of viral-related shutdowns.

Instead, Covid-19 is casting a longer shadow than ever over the Grand Strand region of the state – with confirmed or presumed positive cases spiking in Horry county, which is home to the popular tourist destination of Myrtle Beach, S.C.

A record 183 new confirmed or presumed positive cases were recorded in Horry county on Wednesday (June 24, 2020) – a new daily record. The county’s daily case rate has almost tripled over the last three weeks (up 196 percent) and is up a staggering 858 percent over the past month.

And those are just South Carolina cases … dozens more are being reported as having originated along the Palmetto coast during the recent reopening of its tourism industry.

“In accordance with the CARES Act grant, the U.S. Department of Transportation has authorized United to temporarily suspend service to Myrtle Beach, effective July 6, due to demand conditions related to the COVID-19 pandemic,” a statement from the airline noted.

United said it would monitor demand in assessing whether to resume flights in the spring or summer of 2021, per a report from WMBF TV 32 (NBC – Myrtle Beach, S.C.).

Tourism officials did their best to put a positive spin on the news, blaming United’s decision on “difficulties facing the airline industry because of the pandemic.”

“National research shows the majority of people feel more comfortable traveling by car this summer because of the ongoing pandemic,” said Karen Riordan, president and chief executive officer of the crony capitalist Myrtle Beach Area Chamber of Commerce (MBACC). “Myrtle Beach has always been primarily a drive-to destination, so our tourism industry is well-positioned for recovery.”

In light of the current situation, that strikes us as an overly optimistic assessment …

More bad news? Six states have issued travel warnings for Myrtle Beach this week – citing reports of tourists who allegedly contracted the virus during their visits to the “Dirty Myrtle.”

“Myrtle Beach is one area that we are seeing causing outbreaks in other states and in Kentucky,” Kentucky governor Andy Beshear told reporters on Wednesday, citing at least three “clusters” of new cases that allegedly originated on the Grand Strand.

West Virginia governor Jim Justice said at least 72 positive cases in his state can be traced back to Myrtle Beach.

“If you are thinking of going to Myrtle Beach, rethink what you are doing and everything,” Justice said during a press conference. “The other thing is if you have been, go get tested.”

Health officials in Ohio announced that 20 new coronavirus cases in Belmont county were linked to a high school trip to Myrtle Beach.

Also, as our news director Mandy Matney reported earlier this week, multiple states are now requiring South Carolinians to self-quarantine for fourteen days if they are planning to pay a visit – flipping the script from earlier this year.

South Carolina’s tourism industry has already lost more than $3 billion this year due to virus-related shutdowns, according to the latest revenue projections (.pdf) released by Tourism Economics. New data for the industry will be published tomorrow (June 26, 2020).

In addition to coronavirus concerns, Myrtle Beach has been dealing with a rash of violence since it reopened that has only compounded its precarious situation.