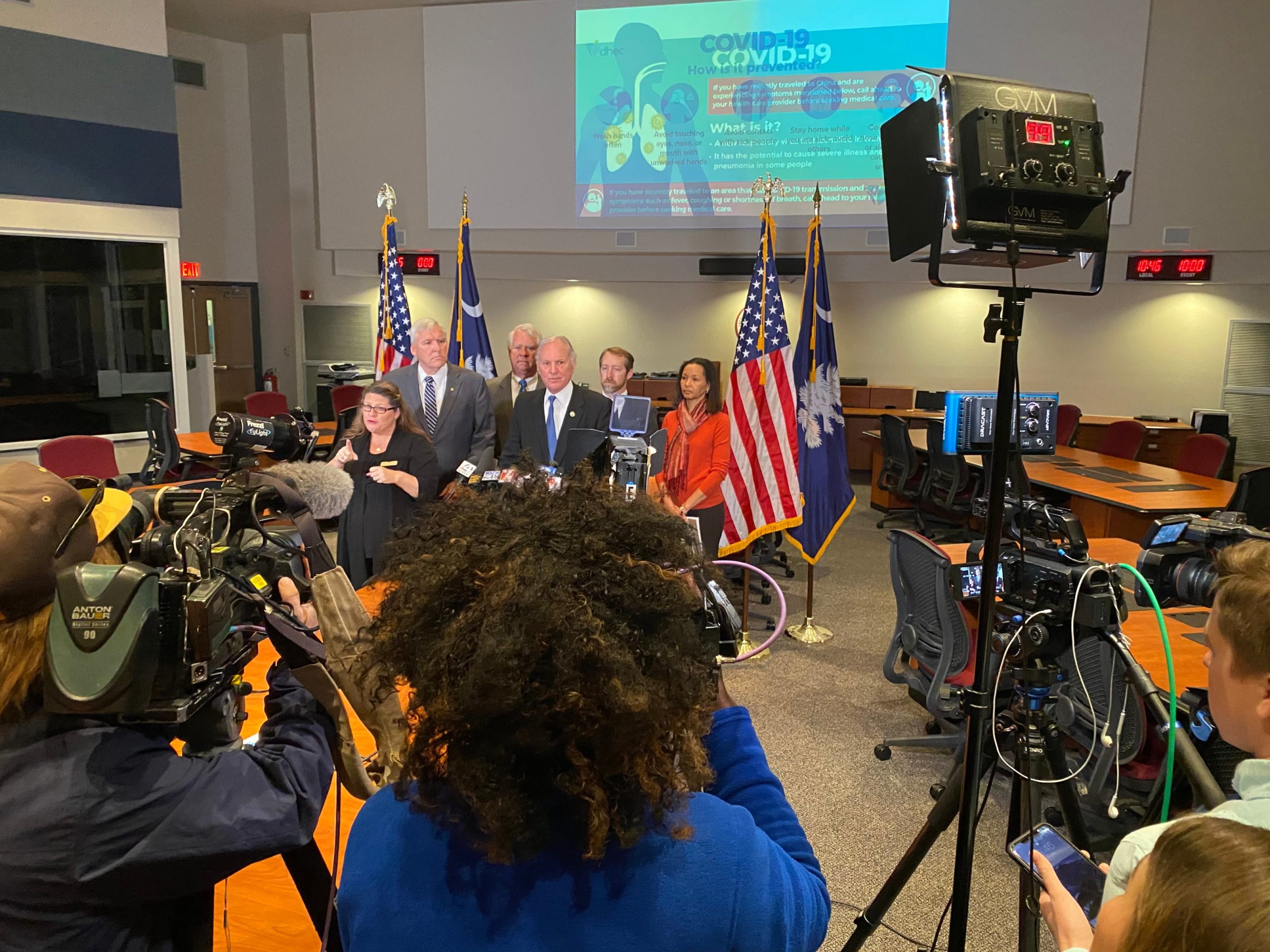 On Friday, South Carolina Gov. Henry McMaster issued an executive order for visitors from identified coronavirus hot spots and said it is still not necessary to order a mandatory shelter-in-place lockdown for residents.

He said those who violate the order will face 30 days in jail or a $1,000 fine. It is not yet clear how he will enforce it.

“We hope the visitors will be as responsible as the people of South Carolina have been in following the recommendations and requirements,” McMaster said.

Dr. Linda Bell of the South Carolina Department of Health and Environmental Control (SCDHEC) said Friday South Carolina has a total of 539 total cases. She said 13 people have died from coronavirus in the Palmetto State.

Bell said the state has experienced a shortage in testing materials and has a backlog of 1,800 samples to test. She said a supply arrived yesterday and officials are working to catch up with those tests.

As of Friday, 54 percent of South Carolina hospital beds were in use. Bell said 6,734 of the hospital state’s hospital beds are currently occupied, after thousands of non-urgent procedures were cancelled. Only 180 of the 1260 ventilators in hospitals across the state were being used.

“The disease will be starved if we follow the governor’s guidelines,” Graham said. “Between now and the summer, we’re going to have to really focus on good containment policy.”

He said “hopefully by the fall or early part of next year,” there will be a vaccine to kill the coronavirus.

McMaster was asked what he thought about S.C. attorney general Alan Wilson‘s opinion issued Friday that said the stay-at-home orders in cities such as Columbia and Charleston were illegal.

He continued adding other measures the state has taken in the last three weeks, and said South Carolina leaders are following the data — again saying that it is not yet necessary to take further steps to implement a shelter-in-place/ full statewide shutdown.

McMaster said social distancing in South Carolina is “working” — yet state health officials said that there is a delay in testing due to lack of materials during the same press conference Thursday. He said there are “half as many cars on the interstate.” He said beaches and streets in the state are “clear.”

McMaster Thursday said more than half of state employees and 87 percent of employees at state universities are now working from home or taking leave.

“That is great compliance with what I consider a common sense rule,” McMaster said. “I have great faith in the common sense, wisdom, resilience and commitment of the people in our state.”

On Wednesday, McMaster requested that “all out-of-state visitors to South Carolina planning a stay of two or more nights self-quarantine for two weeks immediately upon arrival, according to his tweet Monday afternoon.

On Thursday, McMaster said he might make that request into an enforceable order if necessary.