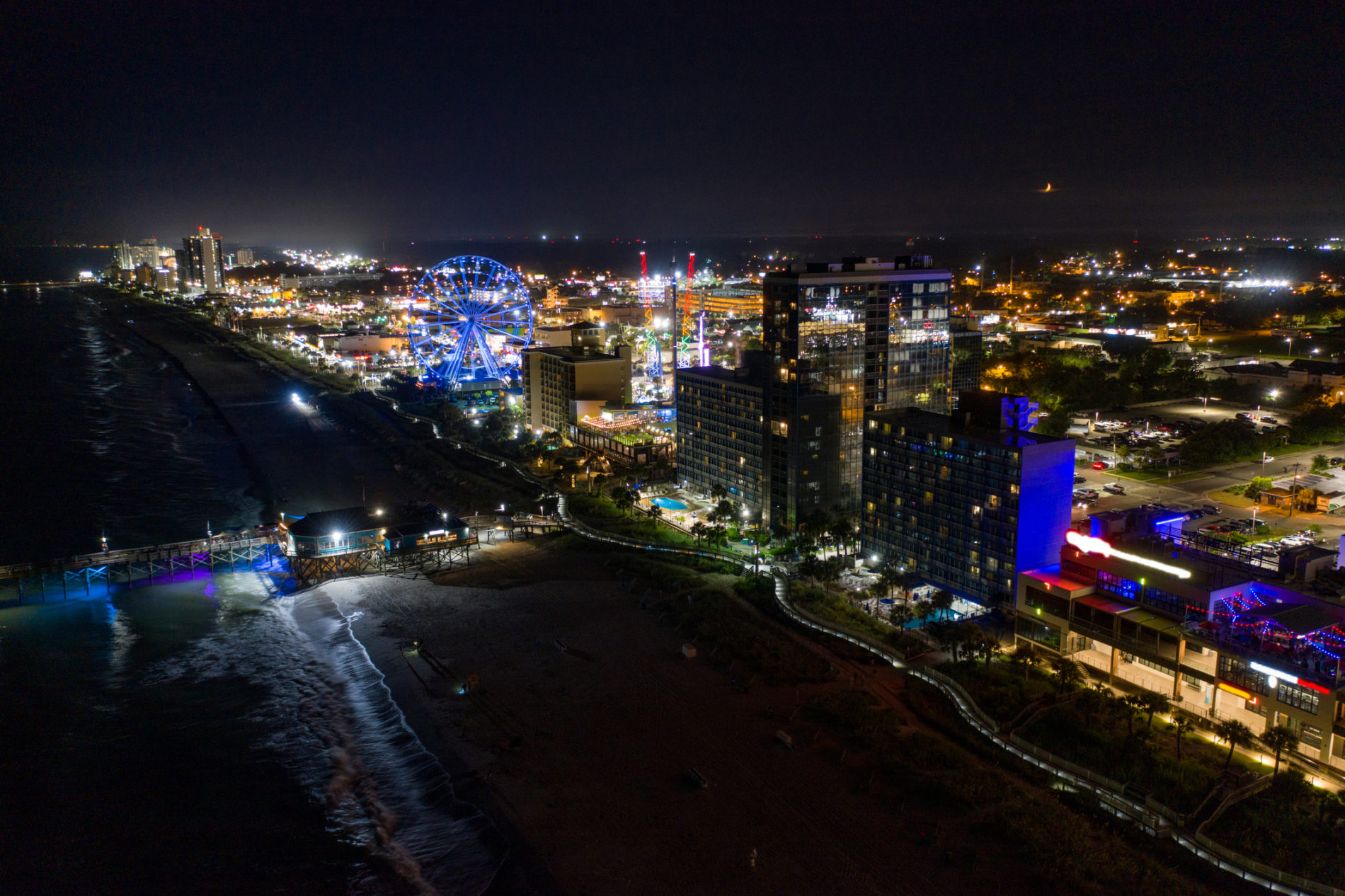 For the third time in eight days, shots rang out in downtown Myrtle Beach, South Carolina – the heart of the Palmetto State’s once-thriving tourism industry. The latest shooting resulted in one fatality – and highlighted an ongoing struggle to maintain law and order after the coastal city reopened for visitors three weeks ago following shutdowns tied to the coronavirus pandemic.

If Myrtle Beach cannot get a handle on this situation – and do so quickly – it risks missing out on any economic rebound in the aftermath of the pandemic.

Meaning the city will descend deeper into dystopia …

“Unfortunately, at this time I can confirm that one person has died of injuries sustained during the shooting,” corporal Tom Vest of the Myrtle Beach police department said. “I can also confirm that we do have one person in custody in connection with the shooting.”

Vest said anyone with information related to the shooting (including cell phone videos) should call 843-918-1382 or send an email to pdsocial@cityofmyrtlebeach.com. Police say they will protect the anonymity of anyone who steps forward to provide them with information.

No details were immediately available as to what precipitated the latest incident – which according to MyrtleBeachSC.com took place at the Landmark Resort (1501 S. Ocean Boulevard).

The May 17 shooting – which left three people injured – reportedly stemmed from an ongoing dispute between “rival gang members” from nearby Chesterfield county, South Carolina. Six people have been taken in custody in connection with that incident.

Police have yet to release any information related to the May 24 shooting, which resulted in four people sustaining gunshot wounds and produced six arrests.

According to Myrtle Beach mayor Brenda Bethune, the May 24 incident was “another situation very similar to what we had last weekend, where these were two rival gangs who brought their dispute into Myrtle Beach to finish fighting it out.”

Bethune has repeatedly vowed to get a handle on the violence in her city … so far, to no avail. Meanwhile, city police chief Amy Prock had the audacity following the first shooting to blame local businesses for failing to provide her agency with accurate information on the number of visitors they were expecting that weekend.

As if rival gangs rolling into town from Chesterfield county – which is located approximately 100 miles to the northeast of Myrtle Beach – could have somehow been predicted or factored into a spreadsheet.

“It was extremely disappointing to me and my staff that the communication between our business community was lacking with our department,” she said. “I can’t emphasize this enough – this is key to how our community operates effectively.”

As we noted in our response to the last shooting, Prock and her department had zero room to talk about effective operations.

As for Bethune, she and other city officials have hypocritically (and some say self-servingly) sought to target certain businesses in the name of public safety.

Take the “Boulevard Ban” – a local ordinance which we opposed. This heavy-handed edict restricted the sale of certain items within a 22-block stretch of the city’s downtown tourist hub in the name of cracking down on drug abuse and the sale of sexually explicit material.

Which was supposed to make the area safer …

As we have previously noted, however, the ordinance did not crack down on vices that made Bethune money.

The latest rash of violence in Myrtle Beach could not come at a worse time for the Palmetto State’s tourism industry – which has lost an estimated $2.4 billion over the last two-and-a-half months thanks to the coronavirus and its subsequent societal lockdowns.

Business owners are struggling to make up the ground they have lost … but the recent rash of shootings are threatening to drive away visitors at a time when the city desperately needs to get back on its feet economically. According to reporter Jennifer Roberts of WMBF TV 32 (NBC – Myrtle Beach, S.C.), business owners told her “they’re worried about the reoccurring gang violence … because they don’t know what to expect next.”

“It’s killing my business,” one local shop owner told the station, adding that each time a shooting takes place downtown “it shuts down the boulevard.”

This news outlet has taken a dim view of the city’s response to the worsening situation – particularly Prock’s attempt to blame businesses and Bethune’s oft-stated vows that such violence will “not be tolerated.”

We wonder … when will it actually stop being tolerated?

“The leadership of Myrtle Beach is once again proving itself incapable of addressing a growing public safety threat, one that is rearing its head at the worst possible time for this industry,” we noted just yesterday.

Your Next Senate President?