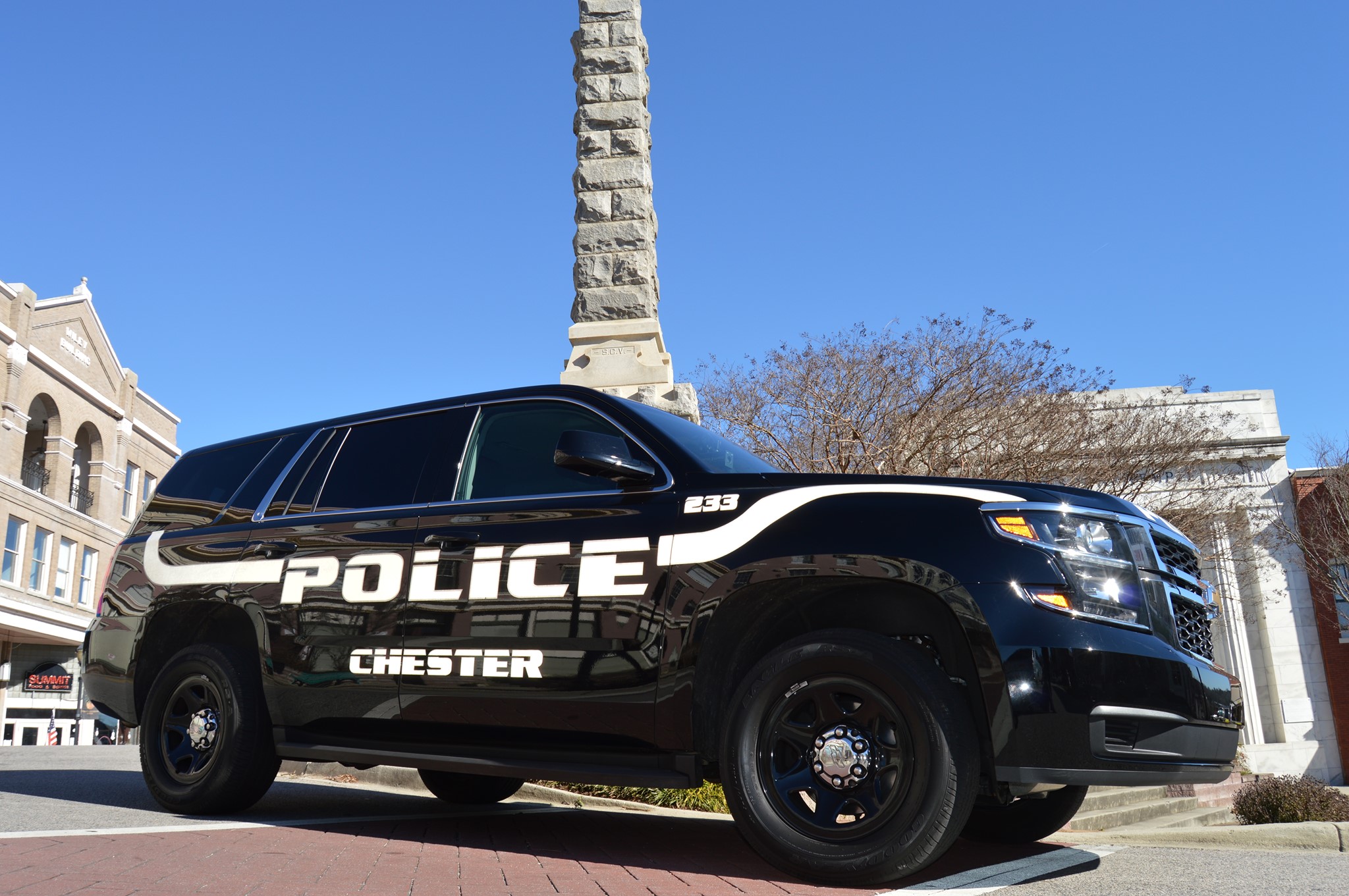 As we noted in our initial treatment of the killing of George Floyd in Minneapolis, Minnesota last month, there was little need to delve into any “aggravating or mitigating factors related to the incident.” The horrific law enforcement behavior captured on tape in that case unambiguously qualified as “the totally unnecessary taking of human life.”

“Whatever preceded it, there is never a justification for suffocating an unarmed, handcuffed suspect,” we wrote at the time.

We also hope all of this leads us to a rational discussion of how law enforcement can more transparently, more even-handedly perform its duties to the public … as opposed to the sort of deliberately divisive rhetoric we have seen so far.

One case that is drawing significant attention as this discussion ramps up is the death of Ariane McCree of Chester, S.C. – a 28-year-old former Jackson State football player who was shot and killed by police during a standoff outside a Walmart in his hometown on November 23, 2019.

Our news director Mandy Matney reported on this case back in early March – presenting the narrative of what allegedly transpired from the perspective of a lawsuit filed two months ago by McCree’s family.

Of course, the lawsuit’s narrative differs dramatically from the facts of the case as they were presented on March 20, 2020 by the office of S.C. attorney general Alan Wilson – which declined to prosecute the Chester, S.C. police officers who fatally shot McCree.

According to Wilson’s office, McCree was arrested on suspicion of shoplifting and placed in handcuffs in the store’s loss prevention office by an off-duty Chester, S.C. police officer. While detained inside the store, McCree assaulted the officer – knocking him to the ground as he fled the premises.

“Walmart security footage shows McCree barreled into the officer, opened the door of the office, and fled the building while handcuffed,” a news release from Wilson’s office noted.

According to the lawsuit, McCree was fearful because the officer allegedly threatened him and the suspect “recognized that as a young African-American man he stood little chance of emerging from the situation unharmed – physically or legally.”

The officer pursued McCree on foot into the Walmart parking lot, but at one point during this chase “McCree ran at the officer and head butted him before running away again,” according to the attorney general’s press release.

McCree was able to enter his vehicle in the parking lot and “exit with (a) firearm in his hand while still handcuffed,” the narrative continued.

This firearm – a silver Taurus semi-automatic pistol – was recovered by officers from McCree’s right side after he was shot and killed. In fact, a Chester police department body cam video released this week to The (Chester, S.C.) News and Reporter showed the gun in McCree’s hands during the confrontation.

An investigation into the incident conducted by the S.C. State Law Enforcement Division (SLED) further revealed the Taurus pistol had been purchased by McCree from a local pawn shop.

McCree did not fire the weapon at officers during the standoff, but multiple witnesses confirmed he pointed and presented the gun at officers while handcuffed – allegedly raising it up to his hip from behind his back. Also, it is not immediately clear whether the on-duty officer who fired the shot that killed McCree was aware that the suspect had not fired the weapon.

“He was responding to shots fired,” one law enforcement source told us. “Multiple witness thought they saw or heard McCree fire the weapon.”

Either way, according to reporter Travis Jenkins of The News and Reporter the body cam video revealed that the incident “appears to have unfolded as law enforcement has maintained it did.”

McCree’s family does not agree with that assessment, saying the video proved their deceased relative was not a threat to the public – or to responding officers.

We believe the video – which is grainy and lacks audio at several key points in the exchange – is inconclusive. However, we believe the fact that McCree previously assaulted an arresting officer (which was conclusively captured on video) – and according to witnesses was pointing and presenting a firearm at the time of the shooting – justified the defensive actions taken by responding officers.

At the very least, these mitigating factors would seem to support the decision by Wilson’s office not to charge the officers criminally in connection with the case.

“It is clear from both officer and witness statements that McCree pointed his gun at the officers while handcuffed and that the officers then responded by firing their weapons at him,” the statement from the attorney general’s office concluded.

Former state representative, prominent S.C. attorney and CNN commentator Bakari Sellers was among those questioning the local police’s handling of the incident – and Wilson’s decision not to prosecute the officers.

“How do you point a gun handcuffed behind your back?” Sellers asked in a tweet. “How do you get handcuffed with a gun still in your pocket?”

Well, as noted above, the gun was actually retrieved by McCree after he was handcuffed. Meaning he was properly searched.

There was something Sellers got 100 percent right in his critique of the situation, though: The fact that the off-duty officers who initiated McCree’s detention had no body cameras to document the arrest or subsequent confrontation.

RELATED || SC Body Cam Law: What Was The Point?

“Why do you wear body cams (and) not turn them on?” Sellers asked.

A better question (one we asked last year), why did South Carolina pass a body camera law that failed to actually require officers to wear body cameras?

And provided no funding for these cameras?

This news outlet reaffirmed in a recent post that “body cameras and microphones should be active on all law enforcement officers at all times while they are on duty.”

Actually, we took this idea one step further – arguing in favor of the creation of a “centralized network of law enforcement monitoring” that would preserve audio and video from these devices in perpetuity.

“Under our system all cops – local, state and federal – would be fitted with body cameras and microphones,” we wrote six years ago. “These cameras and microphones would go ‘live’ the second an officer goes on duty, streaming content directly to a central statewide repository – one manned 24/7/365 by a representative of the state’s chief executive, attorney general’s office and a designated victim’s advocate.”

Such a system would be a critical tool in holding law enforcement officers accountable for their actions – not to mention protecting them from unfounded allegations of misconduct.

Also, considering some of the off-duty officers involved in this incident were providing security services to Walmart at the time of the shooting (something we plan to address in a later post), it seems clear to us body camera laws need further revision. Specifically, these laws must include at a bare minimum a requirement for off-duty police officers to activate their cameras whenever they initiate a law enforcement action.

Sellers tweeted on Saturday afternoon that he “had a fruitful conversation with (Wilson).”

“He has committed to full transparency in this investigation, and he is sending this case to the US attorney for their review as well,” Sellers tweeted.

Wilson’s office told us on Saturday it “welcomed” a review by the office of U.S. attorney Peter McCoy. A spokesman for McCoy’s office was not immediately available for comment on Saturday as to the status of that inquiry.

Not all the “conversations” in the aftermath of the incident were constructive.

“Chester needs to be burnt the f*ck down,” resident Dasean Gregory wrote on Facebook following the release of the body camera footage. “Shouldn’t be nothing peaceful going on after that video.”

Gregory proceeded to reference the address of the police headquarters in Chester, S.C. and later wrote “we need police blood running down Dawson Dr(ive),” referencing the location of the county sheriff’s office.