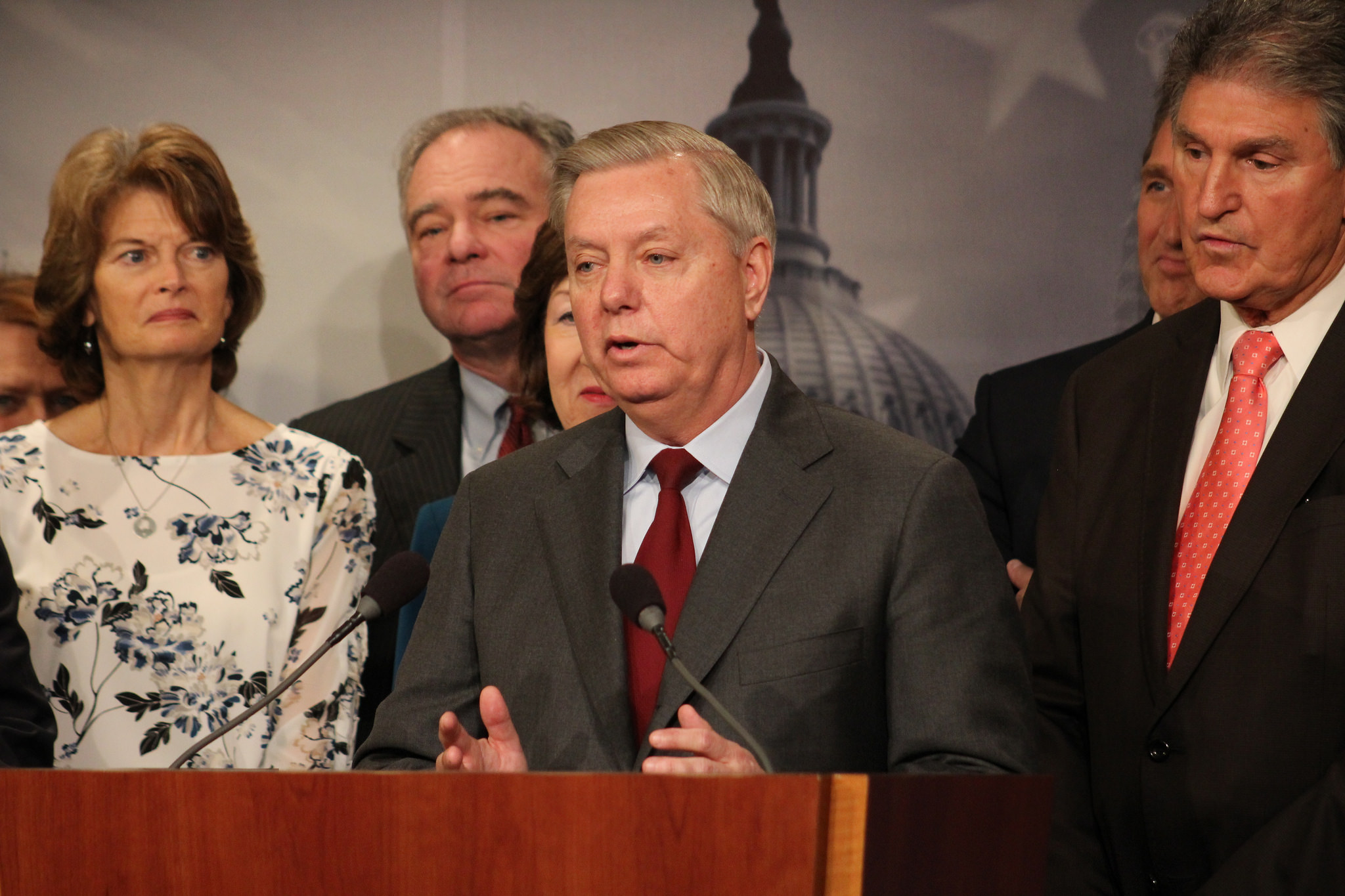 In the grand scheme of American military interventionism – which currently features taxpayer-funded “defense” assets in eighty countries on six different continents – the proposed withdrawal of an estimated 2,000 military personnel from the ongoing proxy war in Syria is “no biggie.”

Especially when you consider that U.S. president Donald Trump – the politician who is pushing the withdrawal – has presided over massive increases in military spending since he took office in January 2017.

Judging by the sustained, bipartisan reaction from America’s neoconservatives, though, Trump’s decision is going to singlehandedly restore the Islamic State in Iraq and Syria (ISIS) and compromise our nation’s so-called progress in the War on Terror.

Seriously, though … is it ever going to be enough for the warmongers?

Of course not.  Forever war requires forever funding, and God forbid anyone stand in the way of the war machine.  Case in point?  The response reportedly offered by U.S. senator Lindsey Graham – America’s preeminent warmonger – to acting U.S. secretary of defense Patrick Shanahan during a taxpayer-funded jaunt to Munich, Germany this week.

According to neocon columnist Josh Rogin of The Washington Post, Graham became irate when Shanahan told him that America’s “allies” – a.k.a. all the countries whose militaries are perpetually subsidized by our broke ass nation – had been informed that Trump’s Syrian troop withdrawal was a done deal.

“Are you telling our allies that we are going to go to zero by April 30?” Graham asked Shanahan, according to Rogin’s account.

“That’s the dumbest f*cking idea I’ve ever heard,” Graham is said to have retorted.

Even so, Graham bluntly told Shanahan “if the policy is going to be that we are leaving by April 30, I am now your adversary, not your friend.”

In other words, Graham is formally withdrawing his support for Shanahan – and actively opposing him moving forward.  All because the acting secretary had the audacity to follow the foreign policy articulated by his boss, the president (who just so happens to be the guy Graham has cozied up to ad nauseam over the past year in a transparent effort to shore up his reelection prospects).

Rogin thoroughly applauded Graham, though, lauding him for “having studied at the feet of the master,” a reference to the late U.S. senator John McCain.

Last time we checked, McCain was another rabid neoconservative who armed Muslim terrorists in connection with this failed proxy war.  And another warmongering politician whose doctrine of perpetual conflict has squandered trillions of dollars and thousands of American lives all over the globe.

As you may have gathered, this news outlet wholeheartedly supports the withdrawal of American military assets from Syria.  As we noted upon the occasion of Trump’s announcement in December, the Middle Eastern nation “is a cauldron of competing regional powers … the focal point of multiple proxy wars.”

America has no business being involved there, nor frankly does it have any business subsidizing military campaigns waged there by other nations (ahem).

“Syria is simply not within our nation’s sphere of interest, nor is there anything to be gained by continued U.S. military involvement in any of the proxy wars currently being waged on its soil,” we noted last year.  “American assets need to be extricated immediately from this power keg, and the spigot of aid to any nation engaged there must be immediately turned off.”

Whether that means angering the warmongers or not …

Got something you’d like to say in response to one of our stories? Please feel free to submit your own guest column or letter to the editor via-email HERE. Got a tip for us? CLICK HERE. Got a technical question or a glitch to report? CLICK HERE. Want to support what we’re doing? SUBSCRIBE HERE.
Banner: U.S. Senate

Ron Paul: US Should Send “Thank You” Note To Iran