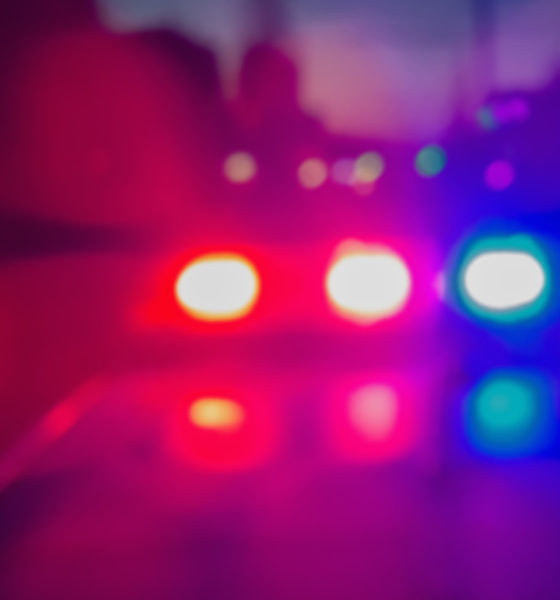 “It was not a matter of if, but when, this lengthy, high-speed vehicle pursuit would end in tragedy,” the lawsuit said.

A South Carolina widow whose husband was an innocent bystander killed in a five-car crash following a high-speed chase is suing the Spartanburg County Sheriff’s Office (SCSO) for wrongful death.

Jacqueline A. DeLise, of Spartanburg County, filed the lawsuit on May 19 on behalf of her husband Thomas “Tom” Michael DeLise, who was killed “as a direct and proximate result of the negligence” of SCSO employees involved in a police pursuit on the evening of Jan 8, 2019, according to the suit.

According to the lawsuit, SCSO deputy Benjamin McAbee attempted to pull over a vehicle driven by Alan Dixon, who was 21 years old at the time. The vehicle was going 72 mph in a 40 mph speed zone. The Spartanburg Herald-Journal reported that Dixon later told police he was racing at the time.

Dixon did not pull over, and instead ran through a red light, according to the lawsuit. At this point, McAbee decided to initiate the vehicle pursuit.

In total, seven SCSO employees were involved in the chase including four who pursued the vehicle and three supervising deputies.

“The vehicle pursuit occurred during night-time hours across approximately 14 miles of interstate, highway, and two-lane undivided roadways in both commercial and residential areas, with vehicle traffic ranging from light to moderate to heavy at various times,” the lawsuit said.

The pursuit exceeded speeds of 100 mph at times, according to the lawsuit.

“During the pursuit, well over 100 uninvolved vehicles were overtaken or passed in close proximity by the fleeing vehicle and the pursuing deputies’ vehicles,” the lawsuit said.

The deputies and Dixon both blew through at least 10 stop signs/ red lights during the police chase, according to the suit.

“It was not a matter of if, but when, this lengthy, high-speed vehicle pursuit would end in tragedy,” the lawsuit said. “That moment came when the fleeing driver, with deputies in active pursuit, ran the red light at the intersection of WO Ezell Boulevard and West Blackstock Road and collided with four vehicles, including the vehicle operated by Tom.”

Tom DeLise, 50, died of blunt force trauma from injuries sustained in the crash.

“He is survived by his wife of 25 years, Jackie, and their two children,
Paige and Tony,” the lawsuit said.

He was sentenced to 12 years in prison.

What they’re suing for

According to the lawsuit, the deputies involved allegedly failed to comply with South Carolina law which requires officers to constantly evaluate the level of danger caused by the pursuit with the need to catch the suspect and to terminate the pursuit immediately when the danger outweighs the need to arrest.

Spartanburg County Sheriff’s Office investigated the pursuit that resulted in DeLise’s death. A panel reviewed the investigation found that each of the seven deputies violated a Spartanburg County Sheriff’s Office safety rule that a deputy “must never continue a pursuit where the initial offense was a traffic violation and the risk factors are medium or high,” according to the lawsuit.

Specifically, the lawsuit said that the panel decided that the supervising officers “violated the safety rule that a SCSO supervisor must never allow a pursuit to be continued if the risk of further pursuit outweighs the benefit of continuing the pursuit.”

The panel made different recommendations for the punishment of all seven officers, which ranged from suspension to termination.

The lawsuit claims the Spartanburg County Sheriff’s Office is directly liable for negligent hiring, training, and supervision of its employees, which ultimately led to Tom DeLise’s death.

The lawsuit requests for SCSO to pay Delise’s family at least $2.1 million, pursuant to the South Carolina State Tort Claims Act, in addition to other damages.

According to the lawsuit, Tom’s benefeciaries suffered “have suffered and continue to suffer injuries and damages, including but not limited to, economic loss, loss of companionship, grief and sorrow, mental anguish, and emotional distress, the likes of which no person should endure,” due to Tom’s wrongful death.

A recent Greenville News investigation found that 113 people were killed during police pursuits in South Carolina from 2009 to 2018, making the Palmetto State No. 3 in the nation for people killed in police chases during that time, according to National Highway Traffic Safety Administration data.

Police chases in South Carolina also result in a high number of lawsuits.

In April, five lawsuits were filed against the town of Irmo, South Carolina after three teenagers were killed following a 2018 police chase that began as a minor traffic violation.

In a very similar January lawsuit, a Charleston County, South Carolina woman sued the Hanahan and North Charleston police departments after her husband was killed as a bystander in a 2018 police chase.

Florence Dog Jailed For 28 Days Is Home At Last. He Has 2 Attorneys And 120,000 Supporters

After 12-Foot SC Alligator ‘Treated Like An Amusement Ride,’ No Charges To Be Filed, DNR Officials Say