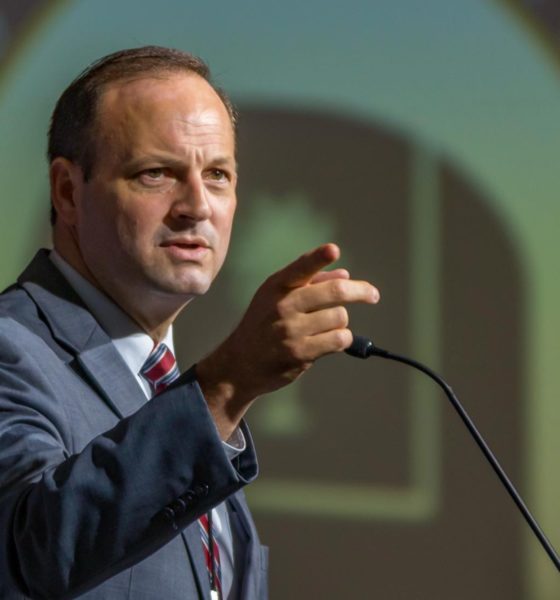 South Carolina’s top prosecutor Alan Wilson is leading a group of nineteen attorneys general from across the nation who want congressional leaders to launch hearings into China’s role in covering up the initial spread of the coronavirus pandemic.

“Congressional hearings are critical to our nation’s understanding of the origins of COVID-19 and efforts by the communist Chinese government to deceive the international community,” a letter sent from Wilson and eighteen other attorneys general to U.S. House and Senate leaders noted.

According to the letter, “the Chinese government, aided by the World Health Organization, appears to have intentionally misled the world over the last six months.”

“These layers of deceit began last year with the censoring of Chinese health officials and the muzzling of Taiwanese complaints,” the letter continued. “The cover-up continued with the expulsion of media outlets and the proliferation of Chinese propaganda targeting the Western world.”

News of the effort was first reported by Tyler Olson of Fox News.

Last month, attorney general Erick Schmitt of Missouri filed a lawsuit against China, its communist party and other government officials accusing them of “causing a global pandemic that was unnecessary and preventable.”

In the early days of the virus’ spread across the United States, Jim Geraghty of National Review published an exhaustive “day-by-day, month-by-month breakdown of China’s coronavirus coverup and the irreparable damage it has caused around the globe.”

“We can only wonder whether accurate and timely information from China would have altered the way the U.S. government, the American people, and the world prepared for the oncoming danger of infection,” Geraghty wrote.

More recently, reporter Shawn Yuan recently published an extensive recap of China’s information suppression campaign for the website Wired. It concluded, ominously, that the Chinese government embarked on “on a campaign of censorship and suppression” that included “extreme measures to curate the information that … emerged from ground zero of the pandemic.”

Yuan also rebuked the Chinese government’s narrative “that its unprecedented quarantine measures bought time for the world – and that much of the world then botched and squandered that head start.”

Certainly the virus caught the United States flat-footed .. and the response from the administration of U.S. president Donald Trump has been uneven at best.

But the initial Chinese deception did not help the situation …

“The regime’s coverup of the initial outbreak certainly did not help buy the world time, but instead apparently incubated what some have described as a humanitarian disaster in Wuhan and Hubei Province, which in turn may have set the stage for the global spread of the virus,” Yuan concluded.

That is the narrative advanced by these attorneys general …

“The Chinese government lied to the world about the danger and contagious nature of COVID-19, silenced whistleblowers, and did little to stop the spread of the disease” Schmitt said in announcing his lawsuit, which was filed in U.S. district court in eastern Missouri. “They must be held accountable for their actions.”