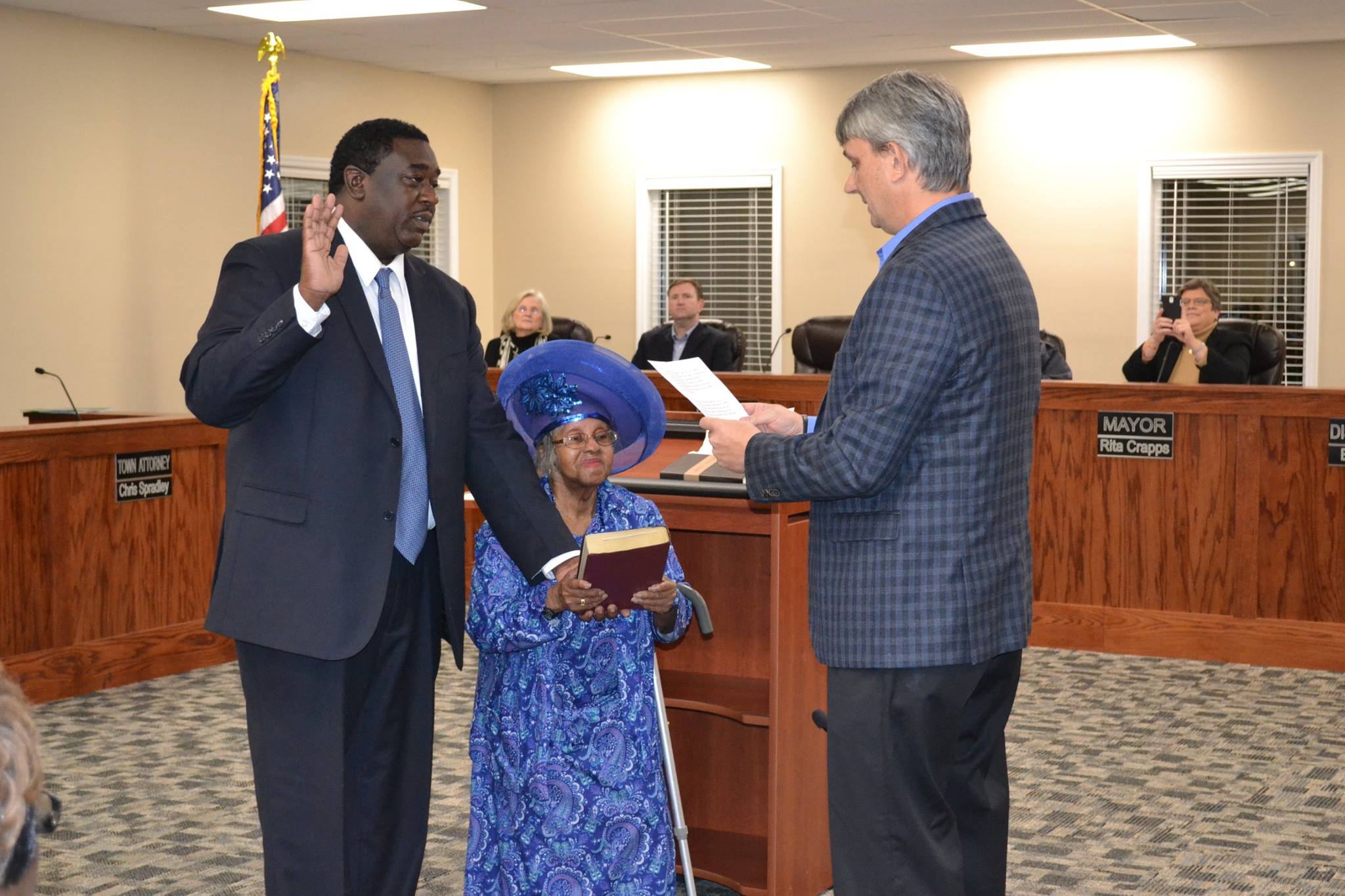 This news outlet has previously covered local governmental drama in Batesburg-Leesville, South Carolina –  a town of around 5,500 located on the border of Lexington and Saluda counties in the Midlands region of the state. Most of that drama has revolved around Steve Cain, a town councilman who was arrested in Washington, D.C. back in March on an outstanding warrant alleging that he failed to pay child support (something for which Cain has been arrested previously).

Cain is also mixed up in a public corruption scandal involving the alleged misappropriation of taxpayer funds earmarked for the Lexington County Municipal Association (LCMA) – a group of approximately fourteen local governments (including Batesburg-Leesville) located within the county.

Additionally, several Lexington County residents threatened to sue Cain civilly earlier this year after he referred to them as white supremacists on his Facebook page.

This week, Cain is making headlines for filing a police report against Tony Baughman, editor of The Twin-City News – Batesburg-Leesville’s paper of record. According to a report filed in the aforementioned weekly newspaper, Baughman was accused by Cain of making telephonic threats against him.

The issue? Letters sent by Cain to reporters at the paper, which Baughman apparently wanted Cain to send to him instead.

According to Cain, Baughman told him “if he didn’t comply with (this) request that (Baughman) would have to make it a point to stop working with certain people.”

(Via: The Twin-City News)

Baughman also allegedly told Cain that if he “continued to cause problems (Baughman) would render him irrelevant.”

“(Cain) at this time perceived this as a threat due to the words and the tone of voice (Baughman) was using,” the report stated.

Baughman claimed he went directly to the Batesburg-Leesville police department to “surrender himself to law enforcement officers,” however they declined to arrested him having deemed Cain’s report as “unfounded.”

Specifically, officers determined they “could not find anything that could be perceived as a threat in any of the voicemails.”

Adding to the drama? Sources close to the town told us its mayor Lancer Shull was involved in some sort of confrontation with Cain following a recent council meeting. According to our sources, Cain was frustrated with Shull for refusing to allow him to “discuss topics off the (council) agenda.”

“Steve smacked Lancer’s computer out of his hands after the meeting,” our source said.

“Cain is no stranger to clashes with the town’s government or its police,” according to reporter Paul Kirby of The Lexington Ledger wrote this spring. “In a council meeting approximately four years ago, he was forcibly removed by the police at one point during a meeting. Cain went into hiding for some time claiming he was scared the town police would kill him. He was also removed from council before for misleading the town and its voters about what district he lived in. This was done after a private investigator was used to prove he didn’t live in the district. Batesburg-Leesville’s town council is not elected at-large. It is broken into districts and a representative is elected from each district.”

Cain was later re-elected to town council in the district where he resides.

UPDATE: Well, well … here is a recording of one of the alleged threats made by the editor against the councilman.