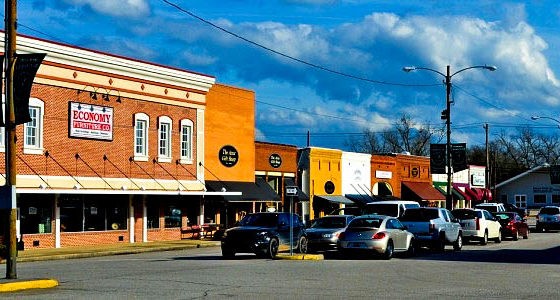 This news outlet has been mixing it up in so many different corners of the Palmetto State lately we have neglected to stir the pot in our own backyard … a.k.a. Lexington County, South Carolina.

We aim to remedy that today by casting our gaze upon the hyphenated hamlet of Batesburg-Leesville – a town of around 5,500 located on the border of Lexington and Saluda counties.

Formed in 1992 via the consolidation of (wait for it) Batesburg and Leesville, the town was recently in the funny papers for a controversial decision to omit a particular agenda item from its most recent town council meeting.

According to reporter Paul Kirby of The Lexington Ledger, town manager Ted Luckadoo, town attorney Chris Spradley and an attorney from the Municipal Association of South Carolina (MASC) concluded Batesburg-Leesville should not initiate a public review of its current police pursuit policies prior to investigation by the S.C. Highway Patrol (SCHP) into a recent fatal collision being completed.

This decision was greeted with incredulity by Batesburg-Leesville councilman Steve Cain, who had been pushing to have the discussion added to the council’s February 25 meeting.

But we do know the councilman has quite a lengthy history of controversial behavior.

Here is an excerpt from Kirby’s report …

Cain is no stranger to clashes with the town’s government or its police. In a council meeting approximately four years ago, he was forcibly removed by the police at one point during a meeting. Cain went into hiding for some time claiming he was scared the town police would kill him. He was also removed from council before for misleading the town and its voters about what district he lived in. This was done after a private investigator was used to prove he didn’t live in the district. Batesburg-Leesville’s town council is not elected at-large. It is broken into districts and a representative is elected from each district. Cain was also arrested later and spent time in jail for failing to pay his child support. He was then re-elected to the council in the proper district where he resided at some point later.

According to our sources, Cain’s history of hijinks and misadventures might not be at an end just yet. We are told multiple local officials in Lexington County are urging the councilman to resign from office as a result of alleged “financial irregularities” related to a local government advocacy organization he used to manage.

With a modest annual budget of less than $15,000, this association collects dues from various Lexington County municipalities each year based on the size of their populations. Cain recently led the association, during which time we are told a number of questionable appropriations were made from its account – without any independent oversight.

“He needs to repay the money,” one local official told us.

Irmo, S.C. mayor Hardy King is currently in charge of the association’s finances. Hopefully, King will conduct a thorough review of the various expenditures related to this account and forward his findings to the appropriate authorities.

Stay tuned … this news outlet is supposed to receive additional information related to this alleged fleecing over the weekend. Hopefully we will be able to provide our readers with an update on the situation early next week.