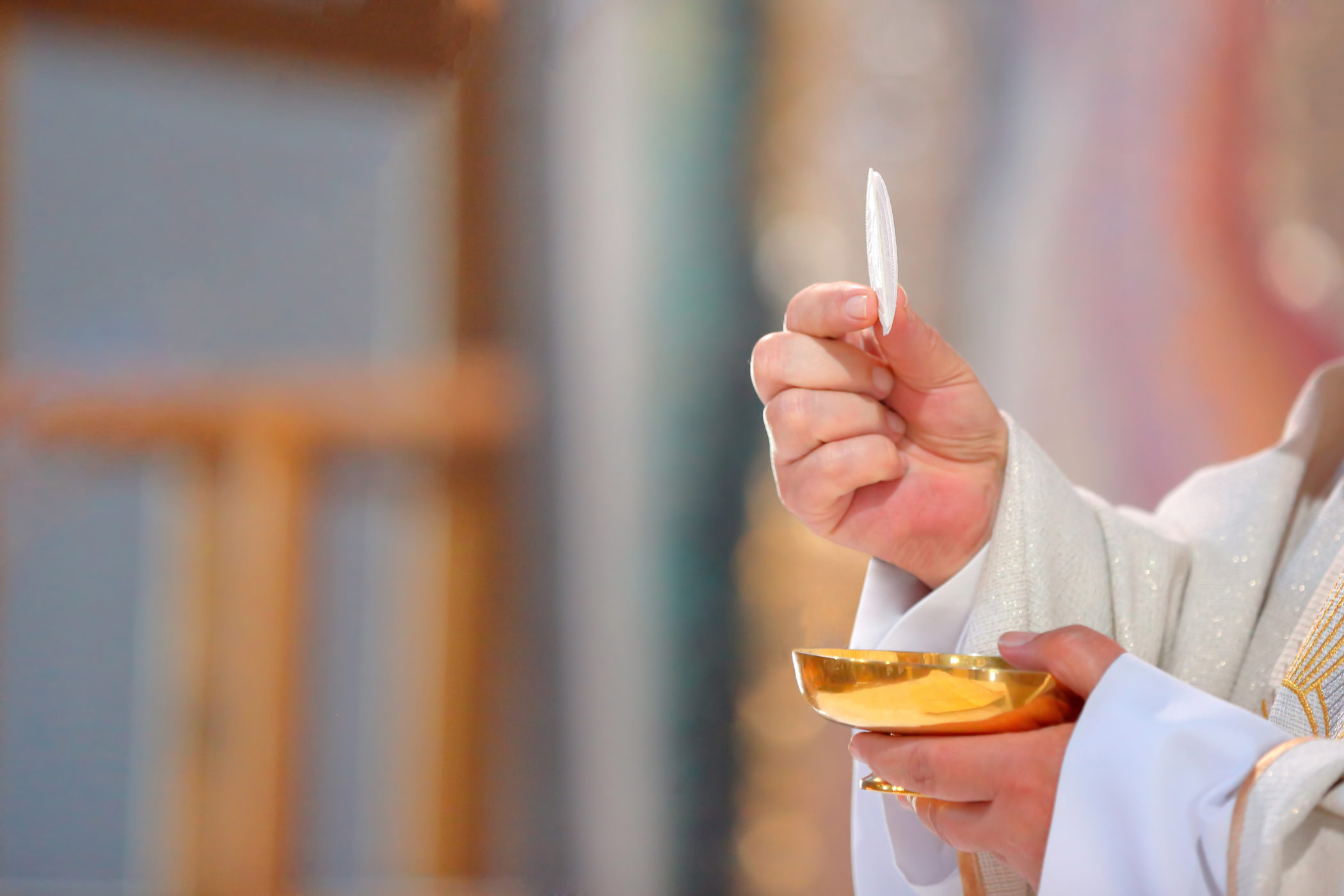 This news outlet routinely criticizes organized religion (and Catholicism in particular), however we write today in praise of father Robert E. Morey of Saint Anthony Catholic church in Florence, South Carolina.  On Sunday morning, Morey stuck to the teachings of his church and denied holy communion to former U.S. vice president Joe Biden.

According to reporter Matthew Christian of The Florence Morning News, the local paper of record, Morey refused to administer the sacrament to Biden due to the latter’s views on abortion.

“Sadly, this past Sunday, I had to refuse Holy Communion to former Vice President Joe Biden,” Morey wrote in an email to the News. “Holy Communion signifies we are one with God, each other and the Church. Our actions should reflect that. Any public figure who advocates for abortion places himself or herself outside of Church teaching.”

Morey has an interesting background. He entered the priesthood in 1996 after serving as a criminal defense attorney and a bureaucrat at a pair of federal agencies in Washington, D.C. He came to Florence in 2010 after a stint at a Catholic church on Hilton Head Island.

Ultimately, though, his decision regarding Biden should not be judged on who he is – or even who Biden is – but rather whether it is in accordance with the teachings of his church.

In 2004, then-cardinal Joseph Ratzinger (better known as Pope Benedict XVI) issued a memorandum to bishops in the United States advising them that a “Catholic politician” who was “consistently campaigning and voting for permissive abortion and euthanasia laws” was guilty of cooperating in grave sin – and thus could be “denied the Eucharist.”

Obviously the Catholic church has veered wildly to the left under Pope Francis, however Ratzinger’s edict remains in force.

After vacillating on the abortion issue for much of his early political career, Biden (above) has settled in as a supporter of abortion-on-demand since at least 2007 – when he went on the record in support of Roe v. Wade, the controversial 1973 decision by the U.S. supreme court that legalized the practice.

During the 2020 campaign, he has taken his support for abortion a step further – calling for the repeal of the Hyde amendment, a 1976 measure that banned the use of federal funds for abortions.

To be clear: This news outlet does not allow ourselves to get sucked up into the politics of abortion because let’s face it … the issue is habitually exploited by its political defenders and detractors.

“Pro-life supporters by the millions across this country are being coldly, callously and corruptly exploited by the Republican party at all levels of government – told to deliver votes (and small dollar donations) en masse to politicians claiming to be ‘pro-life’ or in some cases ‘proudly pro-life,’” we wrote last year.  “Meanwhile numerous well-funded organizations exist for what appears to be the sole purpose of providing cover to these politicians.”

Exhibit A? U.S. senator Lindsey Graham of South Carolina … along with all the pro-life groups and donors continuing to subsidize his campaigns despite his stated support for Roe v. Wade.

Of course the same goes for the pro-choice crowd, which regularly whips its donors into frenzies over pro-life laws which have no chance of being implemented … all to keep the cash registers humming.

Such opportunistic political debates are a far cry from the debate we need to be having … the debate upon which Morey’s diss of Biden aptly refocuses us. This is also the debate recently highlighted by the courageous position of Democrat Tulsi Gabbard against the horrific practice of late-term abortions – which has made her a pariah in her party.

What do we mean?

Simple: Abortion is not a political debate, it is a moral one. And for those of you claiming to support individual rights, a liberty one.

If this news outlet has said it once, we have said it a million times: Life is “the indispensable liberty.”

Without it, the other liberties don’t matter all that much … or, at all.

Which is why we will continue to fight for it, commending those (like Morey) who stand up for it and calling out those who pay it lip service.