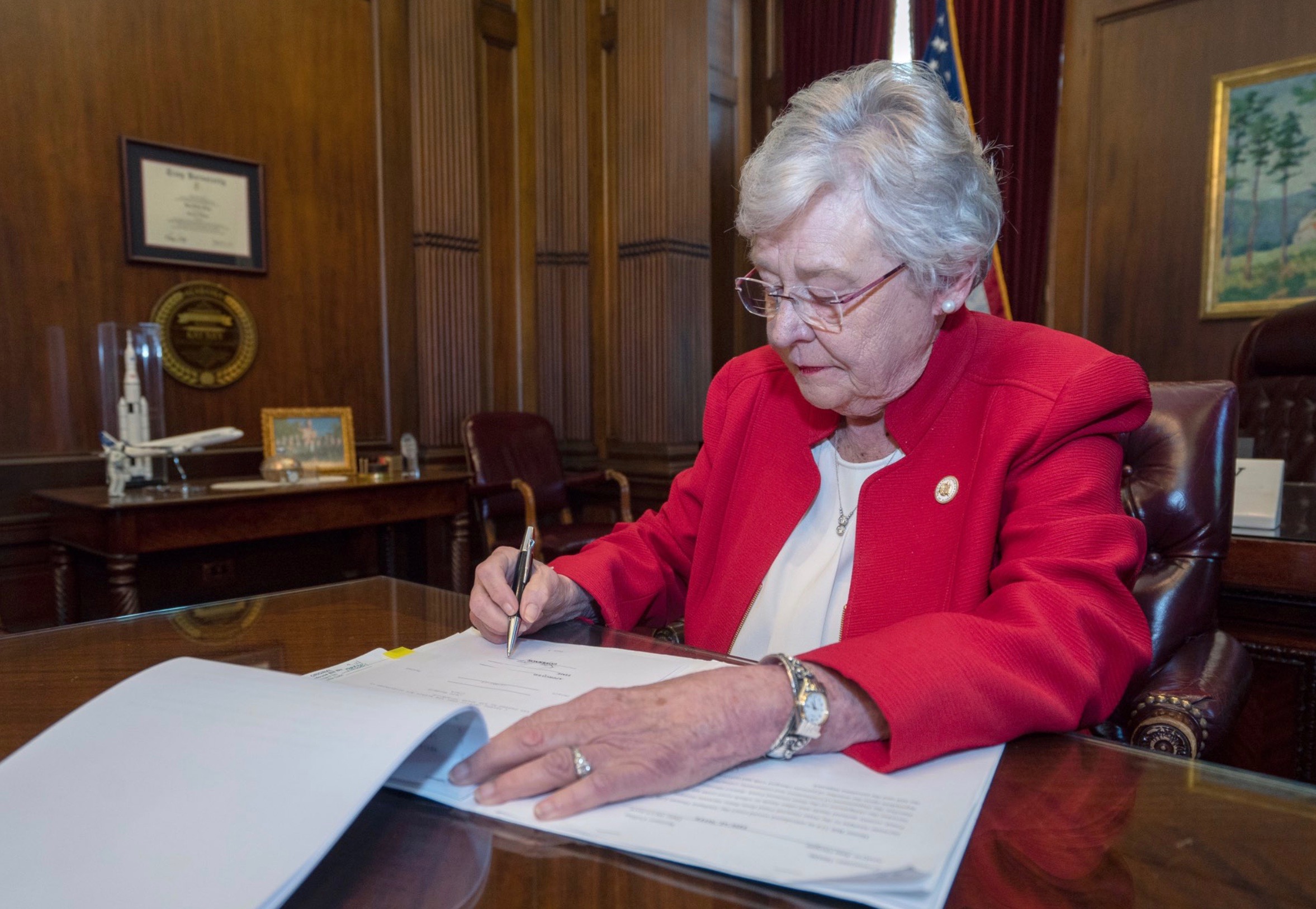 Kay Ivey, the Republican governor of Alabama, signed a sweeping abortion ban into law on Wednesday evening. Of course, she immediately argued against the viability of the measure – saying it mirrored an “unenforceable” abortion ban already on Alabama’s books.

“To the bill’s many supporters, this legislation stands as a powerful testament to Alabamians’ deeply held belief that every life is precious and that every life is a sacred gift from God,” Ivey said in a statement. “To all Alabamians, I assure you that we will continue to follow the rule of law.”

“In all meaningful respects, this bill closely resembles an abortion ban that has been a part of Alabama law for well over 100 years,” Ivey said.

That law was effectively struck down by the landmark 1973 U.S. supreme court decision Roe v. Wade. That ruling, incidentally, continues to be defended by liberal Republicans in Washington, D.C. including U.S. senator Lindsey Graham of South Carolina.

Alabama’s new law would subject abortionists to felony charges and prison sentences of up to 99 years. It provided exemptions only in the most rare cases – and (controversially) failed to include exemptions for rape and incest.

(Those exemptions have become the focus of heated debate in our home state of South Carolina).

“No matter one’s personal view on abortion, we can all recognize that, at least for the short term, this bill may similarly be unenforceable,” Ivey said. “As citizens of this great country, we must always respect the authority of the U.S. supreme court even when we disagree with their decisions. Many Americans, myself included, disagreed when Roe v. Wade was handed down in 1973. The sponsors of this bill believe that it is time, once again, for the U.S. Supreme Court to revisit this important matter, and they believe this act may bring about the best opportunity for this to occur.”

Translation? Alabama’s new law is not going to be enforced … or rather, it will only be enforced long enough to create a “test case” for the supreme court. One the first charges are filed in connection with the law, Planned Parenthood will sue and a federal court will in all likelihood issue an injunction against further enforcement.

This news outlet is adamantly pro-life. We believe life to be the “first liberty” – the “indispensable liberty,” actually – but we have come to realize this ongoing back-and-forth is more about political posturing than it is about protecting the unborn.

More than anything we have covered in a long time, Ivey’s rhetorical two-step in signing this bill capably reaffirms that …

Last December, when a House Republican lawmaker announced his intention to file a pro-life bill, we offered a characteristically blunt assessment of the situation.

“Pro-life supporters by the millions across this country are being coldly, callously and corruptly exploited by the Republican party at all levels of government – told to deliver votes (and small dollar donations) en masse to politicians claiming to be ‘pro-life’ or in some cases ‘proudly pro-life,’” we wrote.  “Meanwhile numerous well-funded organizations exist for what appears to be the sole purpose of providing cover to these politicians.”

This charade rolls on in the Heart of Dixie …