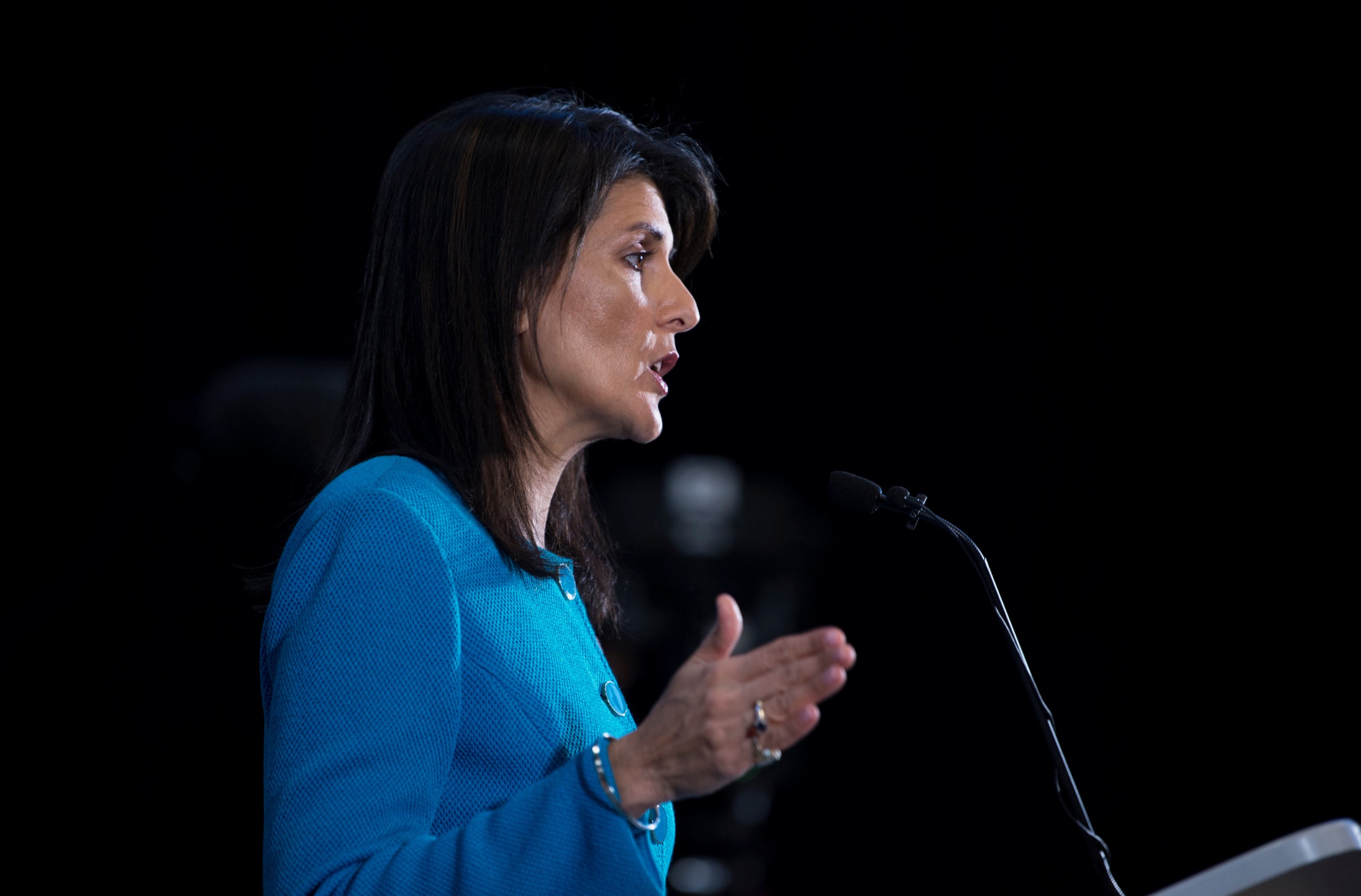 Former United Nations ambassador Nikki Haley is moving back to South Carolina, the state where she served as governor from 2011-2017 and as a Republican lawmaker from 2004-2010 – and an early-voting state where she may one day soon find herself campaigning for office again.

According to reporter Meg Kinnard of The Associated Press – who broke the news – Haley’s move back to the Palmetto State “could possibly signal a return to politics.”

Last time we checked (yesterday), Haley was very much still politicking – battling behind the scenes with U.S. vice president Mike Pence for a spot on the 2020 Republican ticket with Donald Trump (or, assuming that doesn’t take, the 2024 GOP presidential nomination).

In other words, Haley hasn’t gone anywhere … as evidenced by a new book, her recently launched national advocacy organization and her dual residency status (Haley told Kinnard she is keeping her Manhattan penthouse for the foreseeable future).

Back in the Palmetto State, though, Haley has purchased a home for her family on Kiawah Island, where the median residential property goes for around $1 million. That’s obviously a good neighborhood for a woman who was deep in debt when she left the governor’s office nearly three years ago.

Of course, Haley (above) has been cashing in on her “service” ever since leaving the Trump administration – drawing huge pay days based on her “support” for certain constituencies both as ambassador (here) and as governor (here).

Also curious? Haley’s move comes less than a year after she and her husband sold their Lexington, S.C. residence – and mere months after her parents lakefront mansion in Lexington was sold at auction (and its furnishings auctioned off).

What is Haley up to? Aside from the ongoing nation speculation, her move will likely fuel speculation at the state level that U.S. senator Tim Scott – one of her allies – is considering giving up his seat in Washington, D.C. sooner rather than later (Haley appointed Scott back in 2013).

Assuming he decided against running, Haley would likely be a frontrunner for that seat – along with Greenville, S.C. businessman John Warren.