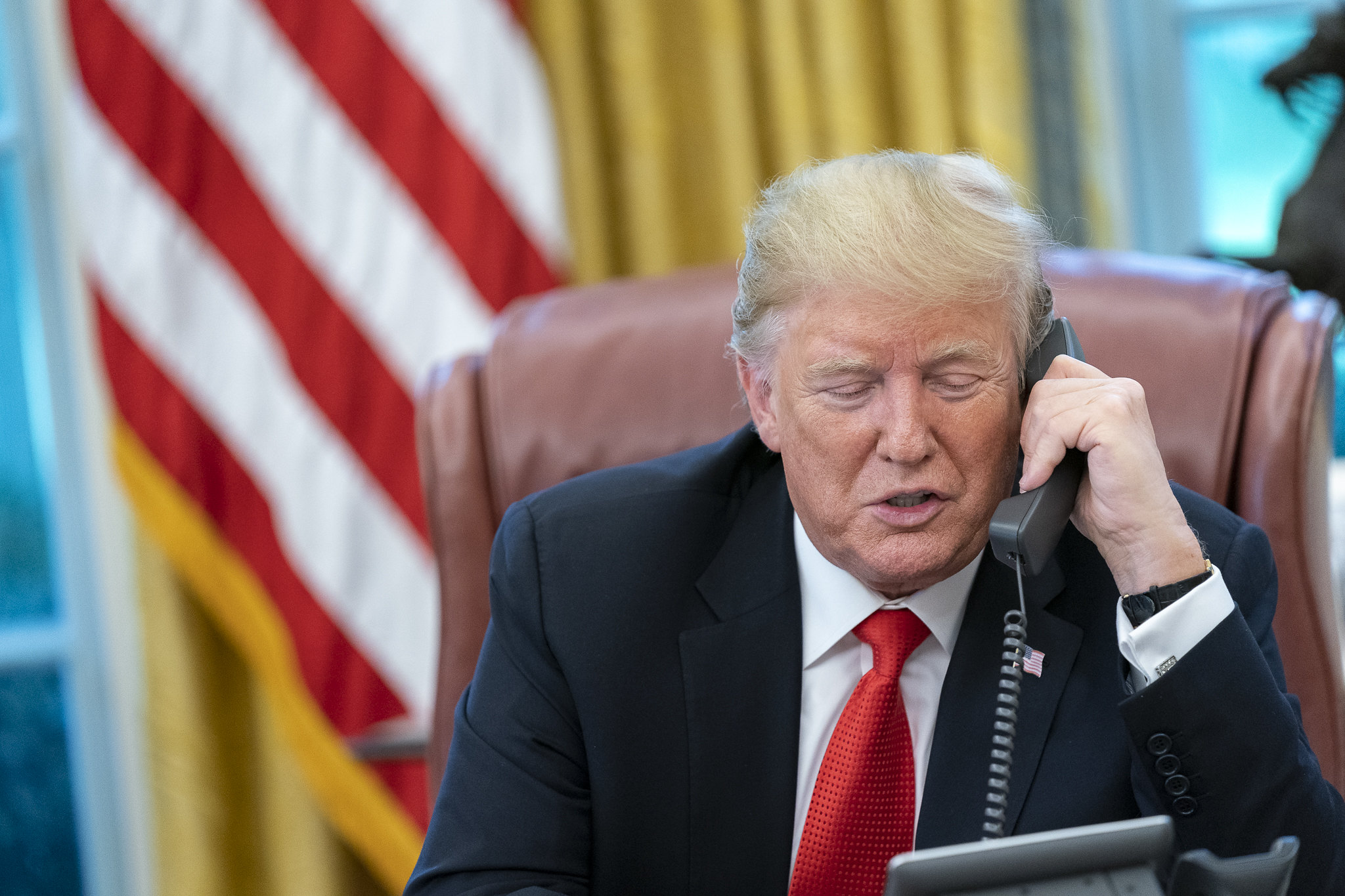 U.S. president Donald Trump continued to excoriate the media after his prediction that Hurricane Dorian would hit Alabama failed to materialize.

Meanwhile, Trump continued to cling to the Alabama fiction even as multiple news outlets seized upon the incident as a case study in his psychology/ psychosis.

“Alabama was going to be hit or grazed, and then Hurricane Dorian took a different path (up along the East Coast),” Trump tweeted on Thursday morning as Dorian straddled the coast of South Carolina. “The Fake News knows this very well. That’s why they’re the Fake News!”

A few hours earlier, Trump tweeted that media coverage of his error was intended to “demean” him.

“What I said was accurate!” Trump tweeted. “All Fake News in order to demean!”

Yet another tweet indicated Trump was ready to “accept the Fake News apologies!”

The latest presidential tweetstorm came on the heels of the notorious “black sharpie incident,” in which Trump used an early map of Dorian’s forecast window to justify his Alabama theory … a map that included a hand-drawn semi-circle enveloping the lower southeast corner of the “Heart of Dixie.”

Not surprisingly, Trump’s obsessive defense of the Alabama theory emboldened his political opponents (who were able to portray him without much difficulty at all as petulant in the face of a major meteorological event).

“He is absolutely fixated on being right,” Trump critic Chris Cillizza wrote for CNN. “Being right takes precedence over literally everything else, including keeping the focus (his, the media’s and the country’s) on the Americans currently being threatened by a natural disaster.”

“Trump is so obsessed with being right (or at least being perceived as being right by his supporters) that he blocks out any and all other responsibilities or duties as President to pursue that goal,” Cillizza added.

As much as we would like to argue with this assessment … we cannot.

This news outlet endorsed Trump (twice) back in 2016. Unfortunately, as we noted back in the spring, “he has been a profound disappointment for those of us fiscal conservatives who believed his promises on taxes and spending.”

Promises which turned out to be false …

We certainly understand the mindset that accompanies never admitting one’s errors. In fact it was former president Bill Clinton who famously encapsulated this mindset with the expression “strong and wrong.”

“When people are insecure, they’d rather have somebody who is strong and wrong than someone who’s weak and right,” Clinton said.

Unfortunately for Trump, the Alabama debacle doesn’t make him look “strong and wrong,” it makes him look wrong and stupid.