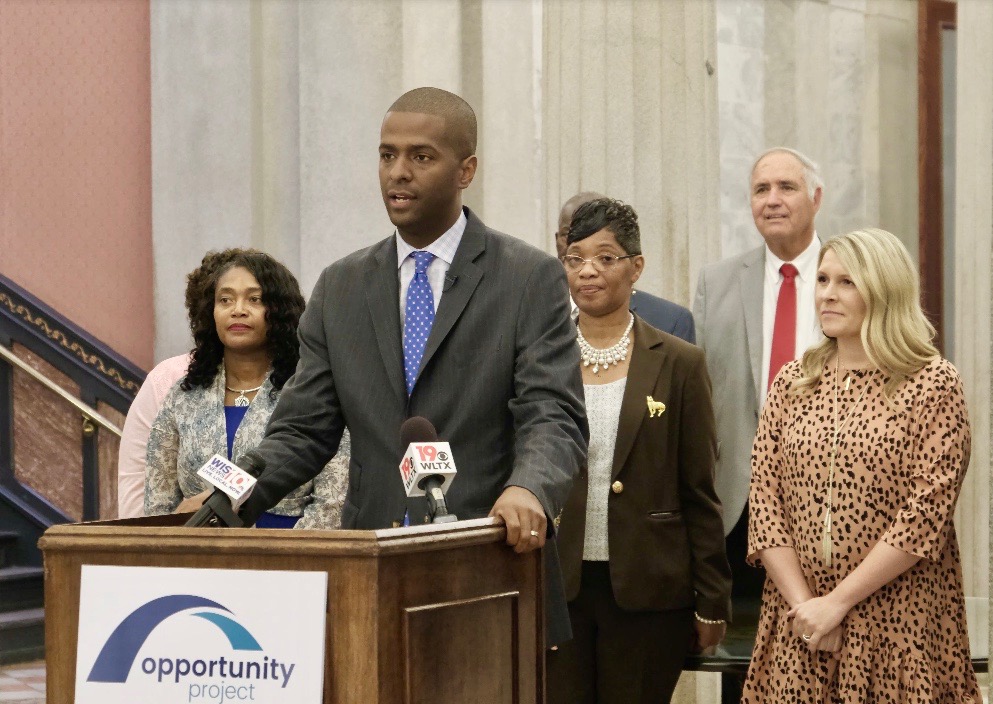 We could argue all day about how to fix South Carolina’s spectacularly failed government-run schools. And if we were arguing with former state representative Bakari Sellers – one of the new generation of liberal lions in the Palmetto State – it would probably take a lot longer than that.

But whatever we may think of Sellers’ political views, there is no denying his heart is in the right place.

This week, Sellers’ group announced it was donating 1,300 new school desks to five of the most impoverished, underperforming school districts in South Carolina. Sellers also announced that his organization would be distributing twenty classroom supply grants in the amount of $300 each for teachers in several other low-income, poor-performing districts.

“I am humbled to be able to give back to the schools that made me who I am today,” the 34-year-old Bamberg, S.C. native said. “It’s time we truly invest in education across South Carolina and provide more than a ‘minimally adequate’ education to our young people. More specifically, the students and educators in the rural parts of our state are suffering more than most. They are plagued with crumbling facilities and are bleeding qualified and willing teachers. Our children deserve better.”

We agree with Sellers’ conclusions, although we obviously disagree with him when it comes to the specific policies required to turn things around. But this is not the time to get into those differences. This article isn’t about education policy, it is about commending those who are going outside the failed government structure to make a direct impact on their communities.

We commend Sellers and his partners in this project – educators Hope King and Wade King (above), both of whom were also raised in South Carolina.

“We are thrilled to be able to facilitate this donation of 1,300 desks to schools and students in South Carolina,” Hope King said. “We hope this will be the first of many projects that allow us to give back to our home state.”

We encourage like-minded donors to join Sellers and the Kings in their efforts … just as we encourage everyone who is truly committed to improving academic outcomes in the Palmetto State to stay involved in this critical debate. Obviously we have strong convictions (see here and here), but as our founding editor noted earlier today our news outlet has an open microphone policy for anyone looking to share their thoughts on the subject.

In the meantime, props to Sellers, the Kings and everyone who gives back …