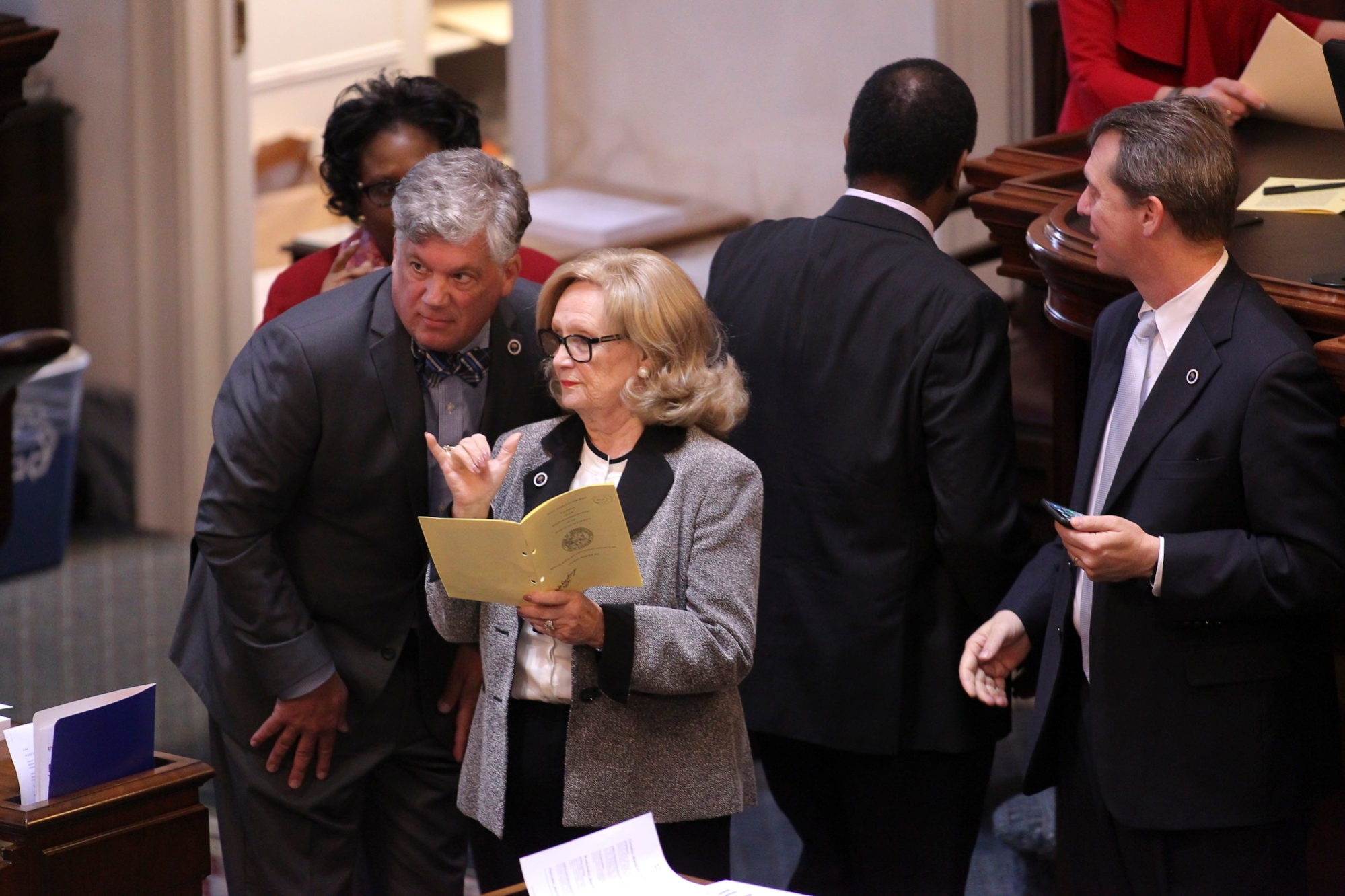 Two South Carolina state lawmakers had to be restrained from physically going after one another on the floor of the S.C. House of Representatives on Thursday – the final day of the 2018 legislative session.

“He wasn’t happy,” one legislative source told us.

Atwater – one of three “Republican” candidates for attorney general this spring – was reportedly imploring Govan to “cease and desist” his vocal objections when the scuffle broke out.

Other sources familiar with the situation tell us the argument between the two lawmakers was unrelated to the SCPSC debate.  According to them, Atwater was trying to prevent Govan from recalling a piece of local legislation.

Obviously this isn’t the first incident involving Govan and a fellow lawmaker.  A year ago (almost to the day), Govan allegedly assaulted state representative Gilda Cobb Hunter – one of his longtime rivals in the S.C. Legislative Black Caucus.

According to witnesses, the two black Democrats engaged in a heated verbal dispute regarding legislation aimed at consolidating Orangeburg County’s failed government-run school districts.  This verbal dispute escalated to a physical confrontation, although the nature of the escalation and ensuing confrontation remain hotly disputed.

Whatever transpired, last November Govan was arrested and charged with third degree assault in connection with the Cobb Hunter case following an investigation by the Richland County, South Carolina sheriff’s department.

According to our sources, Atwater may have been carrying Cobb Hunter’s water – blocking Govan from sneaking his school district bill onto the House calendar as the legislative session drew to a close.

“Govan was trying to pull his version of the bill out of the delegation and Atwater objected because Gilda is not here,” a source familiar with the dust-up told us.  “Gilda has been objecting the last few weeks.”

Govan has been in the House for a quarter of a century, representing District 95 (map) since January of 1993.  Atwater was elected in 2010 to fill the seat vacated by then-state representative Nikki Haley.