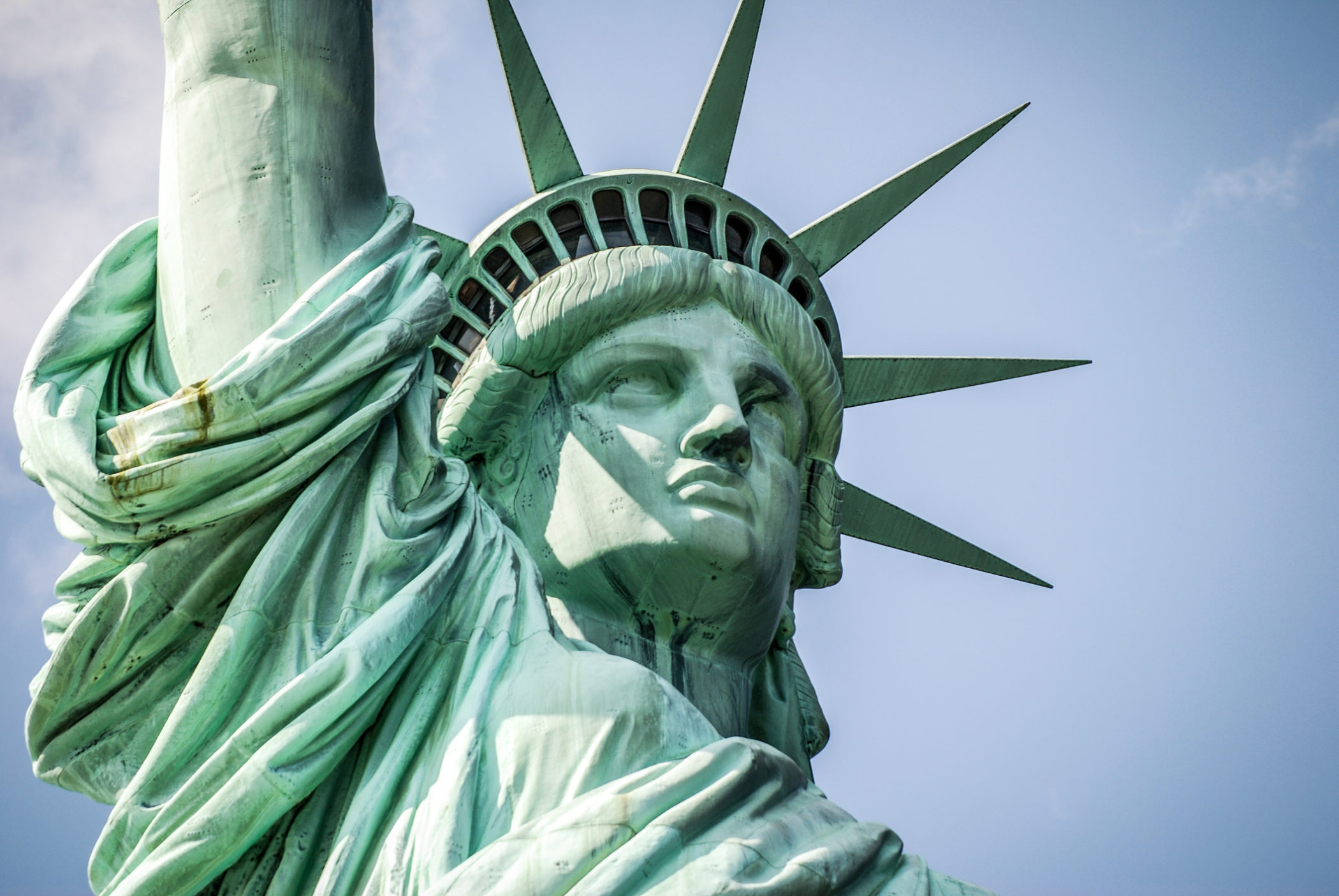 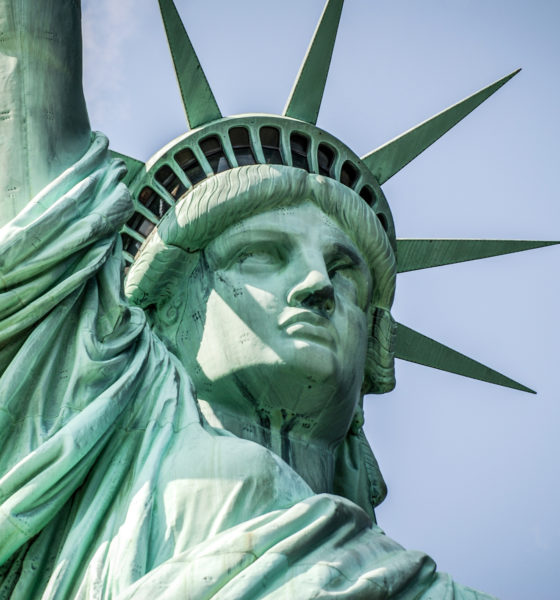 A faulty premise, rights without responsibility, liberty without morality …

“The arc of the moral universe is long, but it bends toward justice …”

We will return momentarily to address why “moral” is in bold letters in that quote, but first … the quote itself.

Widely mis-attributed to Martin Luther King, Jr. (who employed it often in his sermons and civil rights speeches during the 1960s), it is actually the provenance of a transcendentalist pastor named Theodore Parker – who preached more than a century before King.

“I do not pretend to understand the moral universe,” Parker said during a sermon in 1853. “The arc is a long one. My eye reaches but little ways. I cannot calculate the curve and complete the figure by experience of sight. I can divine it by conscience. And from what I see I am sure it bends toward justice.”

Parker’s original sentiment isn’t quite as punchy as King’s – which was stitched into the Oval Office rug of former U.S. president Barack Obama back in 2010.

Of course King had a way of saying things – through his language, cadence and sheer force of personality – that commanded attention. His eloquence in defense of liberty is one reason this news outlet has always praised his legacy.

Ultimately the origin/ specific wording of the quote doesn’t matter, though … because it is wrong.

Not unlike our conception of liberty …

That’s right. Parker (who died of tuberculosis in Florence, Italy in 1860) and King (who was gunned down at a Memphis motel in 1968) both got it wrong – at least on this point.

Here is the inconvenient truth: Whether you lived during the nineteenth, twentieth or twenty-first centuries (or any other century, for that matter), the existence of a just, moral universe is fake news.

BREAKING: The universe is NOT moral, its arc is nowhere near as long as you think it is … and it is absolutely NOT bending toward justice.

In 1651, English philosopher Thomas Hobbes famously described the life of a human being as “nasty, brutish and short” in his book Leviathan.

For far too many people – of all races, religions and socio-economic levels – this is the brutal reality of their existence. And things are getting nastier and more brutish by the day.

As for “short,” many are now wondering if this applies to the American Republic. While not yet on the proverbial “ash heap of history” – our nation is no longer on an upward trajectory. Crippled by debt, paralyzed by division and beset by an expanding list of enemies “foreign and domestic” – the United States is constantly assailed by pernicious forces eager to erode its foundational pillars from without and within, sending this former “shining city on a hill” toppling into the seas.

Look around: We have gone from independence to dystopia in less than two-and-a-half centuries … and the gravitational pull downward is only accelerating.

What is to be done? Every day we try to offer suggestions or course corrections for leaders at all levels of government to consider, but in doing so are we missing the bigger picture?

Not long ago, we were introduced to a series of podcasts by a Georgia-based nondenominational Christian pastor named Andy Stanley. Entitled “Your Move,” the series is geared around making “better decisions” so as to live a life with “fewer regrets.”

Stanley’s messages impart Biblical wisdom to Christians and non-Christians alike in an individualized, self-help format. Eschewing fire and brimstone in favor of affirmation and constructive life application, Stanley’s inclusive messages do not proselytize but rather point out simple changes we can make to our mindsets in the hopes of bettering our lives and the lives of those around us.

But in a particular message our friend recently shared with us, Stanley dug a lot deeper than that.

He dug so deep, in fact … his words challenged our very conception of the American experiment as well as the underpinnings of the libertarian ideology that has long served as the lens through which we view that experiment (and the world around us).

You probably don’t have time to stop in the middle of your workday (or your leisure time with family or friends) to view this entire thirty-minute clip, but sometime soon – maybe this coming weekend or one evening when you have some time to sit and focus – you really need to check it out.

So bookmark it. Save it. Copy and paste it into a reminder or a note on your phone. Add it to a list.

But whatever you do watch (and listen) …

Stanley’s basic premise is simple: That individual rights must be coupled with individual responsibility.

“If everybody demands their individual rights with no consideration for other people and without taking responsibility for the outcome of their liberty – ultimately, everybody loses their liberty,” Stanley says.

According to Stanley, America’s founding fathers created our system of government with precisely such a “check” in mind – a prevailing morality ordained by the same creator who endowed its citizens with their “inalienable rights.”

Unfortunately these moral “guardrails,” as Stanley refers to them, have long ago rotted and collapsed – allowing the sort of violent, inflammatory head-on collisions we see everyday in America’s ever-escalating culture wars.

Not to mention the gradual erosion of freedom …

“Our Constitution was made only for a moral and religious people,” America’s second president John Adams wrote in a 1798 letter cited by Stanley. “It is wholly inadequate to the government of any other.”

“We have no government armed with power capable of contending with human passions unbridled by … morality and religion,” Adams added.

“In other words, if there is no moral consensus and sense of divine accountability, this grand experiment of personal freedom will fail,” Stanley explains. “Liberty will devour liberty.”

This news outlet has often struggled with the notion of competing liberties, in large part because the resolution of these competitions invariably produces more lines drawn in the sand. More laws. More government. More confusion.

Again, though … are we missing something more fundamental in trying to make sense of all this?

We are ignoring the fact that no law can ever compel anyone to act in a manner consistent with true morality. And beyond that, our contemporary culture has probably reached a point where it will never again be able to reach a generally agreed-upon definition of true morality.

Against this backdrop, Stanley discusses our nation’s laws as nothing more than American citizens seeking out a “minimum requirement,” answering the question: “How low can I go?”

This is not freedom, he says. Freedom is figuring out how to leverage our rights for others.

Rather than seeking a “minimum requirement,” Stanley urges us to “do what’s just, not what you can justify,” and to “do what’s responsible, not what’s permissible.”

“If you are not willing to take responsibility for the potential outcome of a decision, don’t do it,” Stanley said, adding that “somebody has to become responsible for your irresponsibility.”

Indeed … and the accumulating, generational cost of American irresponsibility is becoming incalculable.

But the real object lesson here goes back to basic morality, which Stanley believes (rightfully) hinges upon the Biblical command to “love thy neighbor as thyself.”

“At some point a generation has to stand up and say hey, it doesn’t matter how low we can go, it doesn’t matter if it’s illegal … there is going to be a consensus of morality and we’re gonna do this for other people’s sake and the next generation’s sake,” he says. “We are done taking our moral cue from the people around us. (We are going to) do what’s moral, not what is modeled.”

And what is moral? Again, we believe (like Stanley) that it all goes back to that central categorical imperative handed down by the author of our inalienable rights …”love thy neighbor as thyself.”

This is not a law from humans, it is a commandment from God. Accordingly, it is not something that subjects us to the transitory edicts of earthly judges, but rather true judgment.

And whether we like it or not, believe it or not, acknowledge it or not, accept it or not … we are all subject to this judgment. One day all of us will be held accountable for how we treated our neighbors, our planet … even our own bodies. We will be compelled, all of us, to give an account of how we spent our time, our money and our other earthly possessions.

“You’re packing a suitcase for a place that none of us has been,” Bono sings in the Irish rock band U2’s popular 2001 single Walk On. “A place that has to be believed to be seen.”

Later in the song, he offers up a litany of all of the things that must be left behind as we prepare for our inevitable visit to this “place.”

“You’ve got to leave it behind,” he sings.

Why not do the right thing, then?

Once again, the arc of our present universe is not moral. Nor – like our lives within that universe – is it all that long. And a quick look at Google News is enough to see that the arc is not bending toward justice.

If anything, it is bending in the opposite direction.

But we, as individual Americans, can begin the process of bending it back. That power lies within each of us … all we have to do is decide to assign the same value to the liberties of others that we assign to the liberties we appropriate unto ourselves. And agree to hold everyone (including ourselves) accountable to this same standard.

This is the basis of personal responsibility.

We can (and should) disagree as to our conceptions of what is “above,” but we cannot ignore our obligations to that imperative – or to the benevolent creator who authored it as the ultimate “guardrail” for our civilization.

This is the basis of “one nation, under God.” However you define God.

Every day that we fail to do these things we are actively contributing to the ongoing collapse of the American experiment – undermining our nation’s viability and sustainability and hastening the demise of a Republic that may very well represent humanity’s last chance to get it right on this side of the mortal coil.

So do better. Live better. Be better. Love your neighbor. Fight for their liberty. Love your country. Love yourself (as opposed to just gratifying yourself at someone else’s expense).

And cherish your rights … but remember they are worth nothing absent our acceptance of the responsibilities that accompany them, responsibilities to ourselves, those around us and the originator of our freedoms.

No human law will ever be able to perfectly encapsulate these responsibilities, but make no mistake: Moral law exists.

Each one of us is subject to it … and the future of our Republic depends on our ability to follow it.