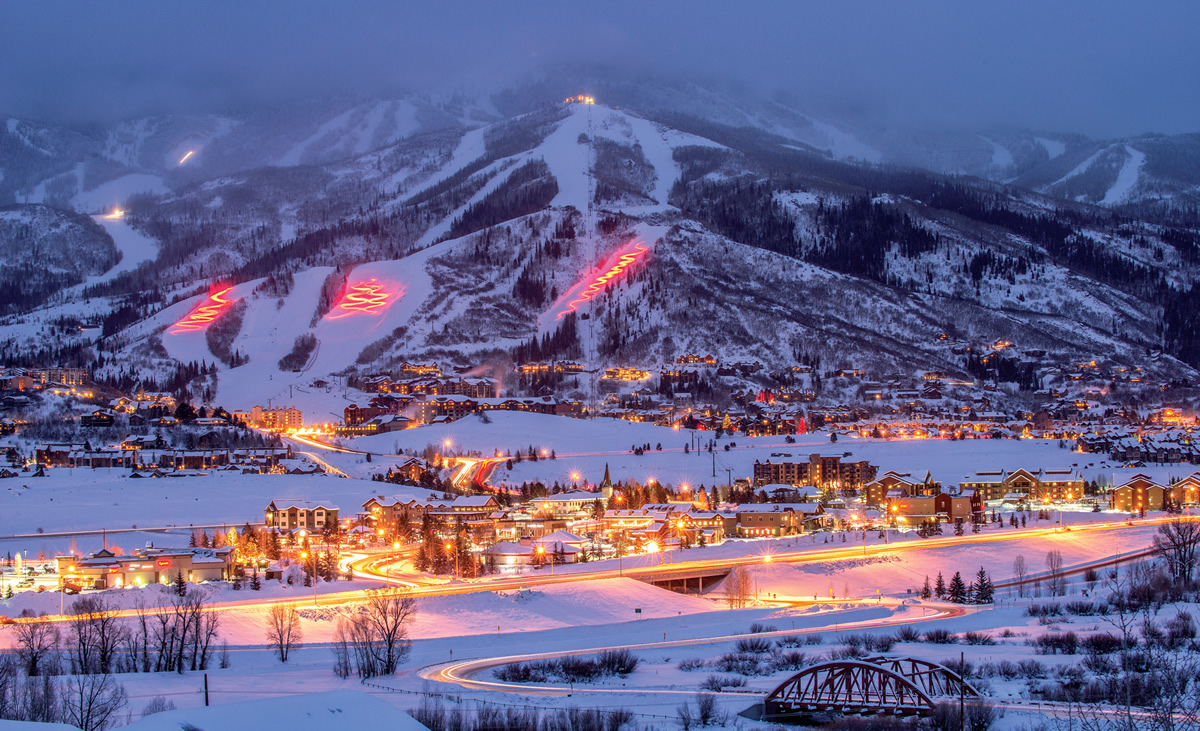 by AMY FEINSTEIN ||  Taking the crazy on the road is never a bad thing, right? To some degree. On Bravo TV’s Southern Charm, no getaway will ever be as bizarro as last season’s Hilton Head hangover, but before everyone touches the ground in Colorado – the site of the latest Charmers-out-of-Charleston experiment – Craig Conover already has a bug up his butt.

Now trying to shed the post-traumatic stress associated with an appearance by Ashley Jacobs – former star Thomas Ravenel‘s “plan B” – we find the gang moving on and planning to head northwest to Colorado for some skiing. While some of the Charmers had skied before, others hadn’t, and have had minimal exposure to snow, hence the “fish out of water” premise.

Shep Rose is still thinking of building, and he shows Cameran Eubanks the lot he is in the process of purchasing. While she’s polite, she’s not impressed. Shep complains about his knee, which makes skiing seem like a bad idea, so why are they going to Colorado? Oh, yeah, for the pot.

Next is Naomie Olindo and her beau, Metul Shah. Yes, he’s cute, but he’s a bit of a buzzkill. Come on, man: One baked good does not give you diabetes. Look, if Naomie is happy, go with God, but is there a little control thing going on?

Craig and friends chat and drink, and his friend knows nothing about the sewing thing. Make note of the accessories on Craig’s coffee table, and while they might belong to his roommate, they seem a bit curious based on his comments headed to a certain dispensary, in the “takes one to know one” category. Anyway, college friend from way back in the land of bad Justin Bieber haircuts wants to help Craig. I know, I know, there are Craig loyalists, but I still think the coddling is a bit much. Sink or swim, dude.

Next we are catching up with Kathryn Calhoun Dennis and Whitney Sudler Smith, and I have to say, I still find it odd that Whit won’t just spill the beans. Whether you think better of a hook-up after the fact, denying it is sort of high schoolish, school-like? Anyway, let’s put this in the category of what happens in Los Angeles stays in Los Angeles. You got a good review, so what’s up? No woman wants to feel like they got naked with a man who would deny it. Note to Whit: You won’t be seeing her naked again, with or without your glasses.

Austen Kroll meets mom and dad for a meal ahead of the ski trip. He mentions the cannabis meal while they are in Colorado where it’s legal. You know, isn’t this the same group that lectured KD relentlessly? It’s not a legal or illegal thing, but to make this such a part of the trip seems tacky, especially when even being around it could risk her custody case. This isn’t a judgment about using pot or tetrahydrocannabinol, especially for medicinal purposes (especially if it means certain people cut back on their drinking), but maybe be more discreet than planning a full cannabis meal?

So everyone gets packing, but Craig needs to call Anna Heyward to locate his suitcase. For real? Watching Craig, I feel bad for my own kids, who got a lecture if they asked where something was without thoroughly looking for it. It seems that I was mean in not making you dependent little monsters, and I’m sorry that you have to function without a surrogate mama.

I don’t know what Austen spilled on that carpet, but after seeing his video, it’s probably not the worst thing.

Shep and the dog sitter was the sweetest thing ever. I tend to type my list up (not saying you didn’t), but you are on your way to possibly parenting a person.

One by one, the crew, including Madison LeCroy and Eliza Limehouse’s boyfriend, Don, arrive at the airport, where it’s dark outside. For this flight, I would suggest one of those special gummies, but you can only do that on the way back. As a side note, I’ve always been curious if you really need to follow special cake baking instructions in Colorado because of the altitude. Someone please advise, because it says so on the box of cake mix for “high altitude baking” and no, this doesn’t mean if you are high while you are baking.

Everyone lands in Denver, and all is good until Craig’s switch flips. Cam and Whitney are anxious about mountain driving. Being a world traveler, Whitney knows very well the the roads in Colorado are far better than those in most ski areas in Europe. I think he just doesn’t want to sit on the bus. Cameran just needs three gummies, a water bottle, and one of those face masks with the eyes, nose and mouth cut out for intense moisturizing. Danni Baird’s with the program, reapplying the lip balm. Whatever happened to those little Evian spray bottles for travel?

I digress, Craig is beyond grumpy, and is on the verge of a toddler tantrum, or the angry dad at the amusement park with four kids meltdown. Well, since he’s too big to pick up and throw over your shoulder onto the bus, just let him tire himself out. Again, Colorado solution: Four gummies.

And then Chelsea Meissner asks the question: Are you drunk? And the response is similar to asking a grouchy woman if she’s on her period. Everyone duck and cover.

Cameran wonders aloud about Craig’s rages. It’s as if he needs some kind of release, and I’ll leave it at that without a cheeky euphemism.

I’m assuming Craig is watching this season and having an epiphany about public meltdowns and using your inside voice. Something about him makes me remember my children’s preschool sayings: “You get what you get and you don’t get upset,” and “You git what you git and you don’t pitch a fit.” Sew that on a pillow and stop acting like a little b****.

Your Whitney comments were out of line in a pot kettle situation. You called Anna Heyward for your suitcase. Sounds more like envy than an actual complaint.

Coming from a guy who seems to really like stuff, you need to zip it.

Or actually, I’ll let Chelsea handle this one:

“You know what you need to do, you need to check your goddamn pants for a vagina because you are being a pussy right now! STFU and don’t talk to people like that!”

Chelsea flexing her Survivor muscles! She finishes by telling Craig that her dick is bigger than his. No doubt girl!

Don’t look at him, don’t talk to him, don’t touch him, and don’t set him off. Lord, and people say women are high maintenance!

Now the dispensary talk. Craig, first, I don’t believe you, and I’ll reference your coffee table as exhibit A, and next, according to the ABA, in a state where it is legal, you can partake, as it is a federal law you would then be breaking. You cannot advise a client to partake. Unless you spend your time in federal court, enjoy, but likely not on camera.

I feel for Kathryn, especially since this crowd went at her so hard on that one reunion. Well, this will be something to talk about at the next one.

The houses of course are lovely, and Madison and Kathryn hit the hot tub. They toast to moms gone wild.

Anyone want to put money on who takes a header down the stairs?

Next week looks messy, as Shep and Madison talk, and Kathryn has the receipts on her phone from Los Angeles.