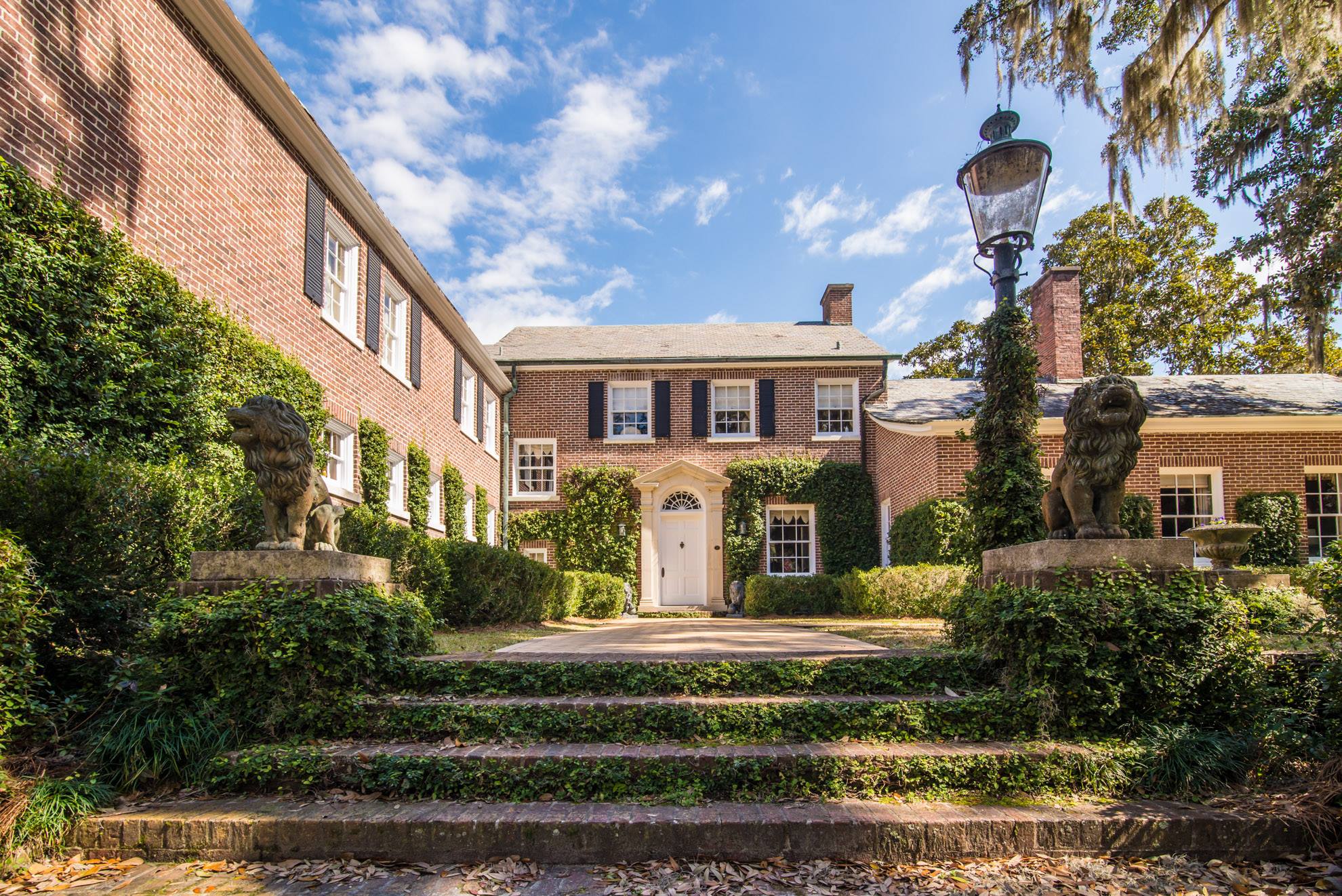 by AMY FEINSTEIN || You know that feeling when there is something inevitable that you have been dreading, and when it happens, it’s so much worse than you expected?

Yes, this episode is like that. Some of the people on Bravo TV’s Southern Charm that we love to hate are quick-witted and sharp-tongued. This is not one of those cases. In this case, the hook-up who won’t go away keeps turning up like a bad penny – but at least she finally admits she’s been digging for gold this whole time (like we ever had a doubt).

The episode opens with a pet check-in, mostly to see what doggy Craig Conover is doing. Yep, still cute.

Next, as FITSNews previewed earlier in the week, we see Eliza Limehouse at her “day job” or what she has to do to get her cut of a $50 million property empire. Eliza is working at a family hotel (I think her mama is right, the lobby looks like a funeral home if your grandma did the decorating). Once again, she bangs on about how hard it is to be a Limehouse, how big her last name is in Charleston, S.C., and how that is the reason people hate her and her family.

I’m guessing that’s not it, but if it makes you feel better…

We meet Susan Limehouse, Eliza’s mother. I’m a touch confused about why here mother would think she needs to do something for a hunt at the ancestral plantation, Airy Hall, if her parents are divorced.

Does she still live on the property with Eliza’s father, former state representative Chip Limehouse? If there is so much money to go around, take your check and head for the hills. Nothing like having your nose rubbed in your ex’s tacky behavior daily (then again, I’d have avoided the Bravo cameras).

Kudos to mama Limehouse for keeping it high and tight amidst the family drama. It’s easy to want to drown in Ben & Jerry’s when your chubby hubby (see what I did there) is waving it all over town.

Eliza’s mama is disappointed that she’s dating an older guy (father figure) from New Jersey (gasp). Listen to your mama. Your rebellion is a cliché. If you really want to piss the ‘rents off, go bigger (I hear Thomas Ravenel is available).

Next up in the countdown to crazy is Cameran Eubanks and Naomie Olindo getting their toes done or as my daughter used to call it a “toe job.” Cam is back on the sauce, training for a trip to Colorado, and Naomie has brought some healthy looking juice.

The two talk about her ex-boyfriend Craig and closure. These two words make Naomie’s eyes roll, and after reading comments on social media, I realize that this is not a popular view, but I’m with her on this one. I know there are plenty of people who want to take in Craig the wounded kitten, but c’mon. It’s been a year. If he wanted closure, that’s 365 days to do it, knowing you would see her at least during the Southern Charm season.

I twitch when I say this, but Shep Rose is right about this one. It was fun while it lasted, you lived, you learned, move on. You are carrying around the weight of the relationship, and it’s exhausting.

Chelsea Meissner, Kathryn Calhoun Dennis, and Austen Kroll meet up with Jackie Stewart to do some barre work, and keep in mind that Jackie, who is teaching the class, is pregnant at the time of this shoot.

She has since had the baby, a cute little thing named Kennedy Ravenell (designer Chelsie Ravenell is her dad). It’s nice to see some new people on the show, and not just as background decor.

It’s very clear that Austen has no clue what to expect, and this isn’t namaste, it’s get ready to get sweaty today and hurt tomorrow. Ladies, this is the best class to bring a male friend to, as it makes the hour go faster just watching their faces.

You’ve got to love that Kathryn can totally accessorize for every activity. She explains that she will be missing the fun and games with guns and her ex’s ex, Ashley Jacobs, at Eliza’s family plantation as her brother, Luke Dennis, is getting married in Columbia, S.C., and the kids are in the wedding.

Too bad, so sad, catch ya on the flip side, bitch.

Anytime someone says the name “Ashley” Kathryn looks like she just realized something smells bad, like someone tooted.

Jacobs and skeet shooting? Austen, KD and Chelsea all think this is a bad idea, especially after her “jokes” on Instagram about going to Patricia Altschul’s house with an AK-47.

And speaking of Jacobs (a.k.a. “Plan B”), Eliza is either thick in the head or Mother Theresa reincarnated, because anyone who watched even a minute of last season realizes she’s a whack nut. But Eliza dials her up to give her a chance to repent at the shooting day. This sounds like the wind up in some tabloid to a mass shooting incident.

Remember the song “Homecoming Queen’s Got A Gun?”

“Stop Debbie, you’re making a mess
Powder burns all over your dress.”

Eliza gets Plan B on the phone, and B sounds sedated. She’s at work, but she’s tired from partying now that she’s Ravenel-free. It seems things didn’t work out, not because he’s been indicted on assault charges, but because he can no longer travel out of state while he’s on bail.

Girl, did you really just say that out loud?

Seriously: What’s polo bunny travel when there isn’t an old fellow there to pick up the check? You are as deep as you look.

Did anyone else notice that Eliza couldn’t keep her SUV on her side of those pesky double yellow lines? Meanwhile, she’s busy telling Plan B that she misses her (what part do you miss? The erratic behavior? Plan B soliciting your date? I must be missing something).

Okay, no more dragging this out. Naomie doesn’t want to go skiing. Let it lie people!

Whitney Sudler Smith and Austen are pre-brunching with Michael, my hero. Dude can get good smoked salmon in Charleston, mix a drink and rub your feet, and he seems to have an eye for the redheads.

I am glad Whitney will be at Eliza’s skeet shoot, because I know he has something to say, and will do it without his head exploding.

As an aside, look at Jacobs in flashbacks, then at the party, and then in the voiceovers. It looks like three different people. Girl, only get Botox and filler from a plastic surgeon, not the chick who waxes your mustache!

When I first see Craig, it looks like he’s wearing a vest with nothing underneath, but then I see sleeves, and realize he has a dusty rose t-shirt (single ply cashmere?). Umm, Irish bitch? Unless you are talking about a female setter, check yourself.

Nobody touches the pitcher of fresh squeezed OJ. My WholeFoods juice machine has been broke for a week, and I am in withdrawal (first world problems, squeeze your own juice, you nightmare!).

Over the river and through the woods to Airy Hall plantation we go. The aerial view looks so nice, but we know there’s a crazy girl lurking on the path, or a witch with an apple hiding behind a tree. In real life, without the Bravo camera, someone would have shown her the door, or called her an Uber (how many drinks did you have … a whisky drink, a cider drink, a vodka drink, a lager drink. At least four).

Arriving with the ladies is Madison Simon, who is so sweet and composed, that it’s great to see her again, and even better to watch her blow the whistle on Plan B.

I am proud that Shep asks Danni Baird to look after Craig while he shoots. Some dogs are cool around guns, others bolt, and it’s good to find out which one you’ve got before it’s too late.

Craig and Naomie finally hash things out. All I can think is: He’s got great hair.

In the build up to the Plan B arrival, Eliza tells us she’s “super religious” and Jesus would want Ashley at her brunch. Yeah, that’s it, you good samaritan! I’m pretty sure super religious people wouldn’t lie to their friends, claiming you didn’t know that Plan B led a campaign to smear Whitney’s mama. “I didn’t know that!”

To which Whitney says, “yeah you did.” BOOM!

Wearing a knock off of Kathryn’s outfit from last year’s polo event, she steps out of the car and walks up the driveway. She parts the Spanish moss, and greets Shep.

Now, if Shep can be pleasant to her, why can’t he suck it up when Madison LeCroy is around?

We hear from Danni, the voice of reason, who says that she gave Plan B more than one chance to behave normally, and the girl wasn’t up to the job. In fact, when Danni looks like she wants to smack the smirk off your face, you know you’ve f-ed up.

Almost everyone has the same look on their face, which is a combo of PTSD and rapid onset diarrhea.

Naomie warns: “If you’re not scared of Ashley, you should be.” Words to live by, because Sybil is in the house, starting off with the love and light act.

What will be the hypnotist’s code word that makes her snap? Let’s watch!

When Whitney approaches Jacobs, poor cousin Marcie is stuck in the frame. What kind of people are you that nobody yelled: “Run Marcie, run!

Whitney keeps it cool, but he’s getting red under the ears, and his jaw is tight. He’s likely to tell you exactly what he thinks of you honey, but at least one of you have manners.

Plan B kisses Danni, and she has that look on her face like when a homely stripper at a bachelorette party tries to give you a lap dance. Strange frozen smile, internally praying that the stripper moves on to someone else.

Madison, KD’s other ride or die, speaks up. Plan B says she doesn’t want to talk about the past (last week) and the nasty things she said on social media. She tells Mads to shut up. Wow, once again, the turd in the punchbowl.

The code word is obviously BITCH.

Well, that was fun. Next week, head west young Charmers!

Fifty Shades Gets Its Man