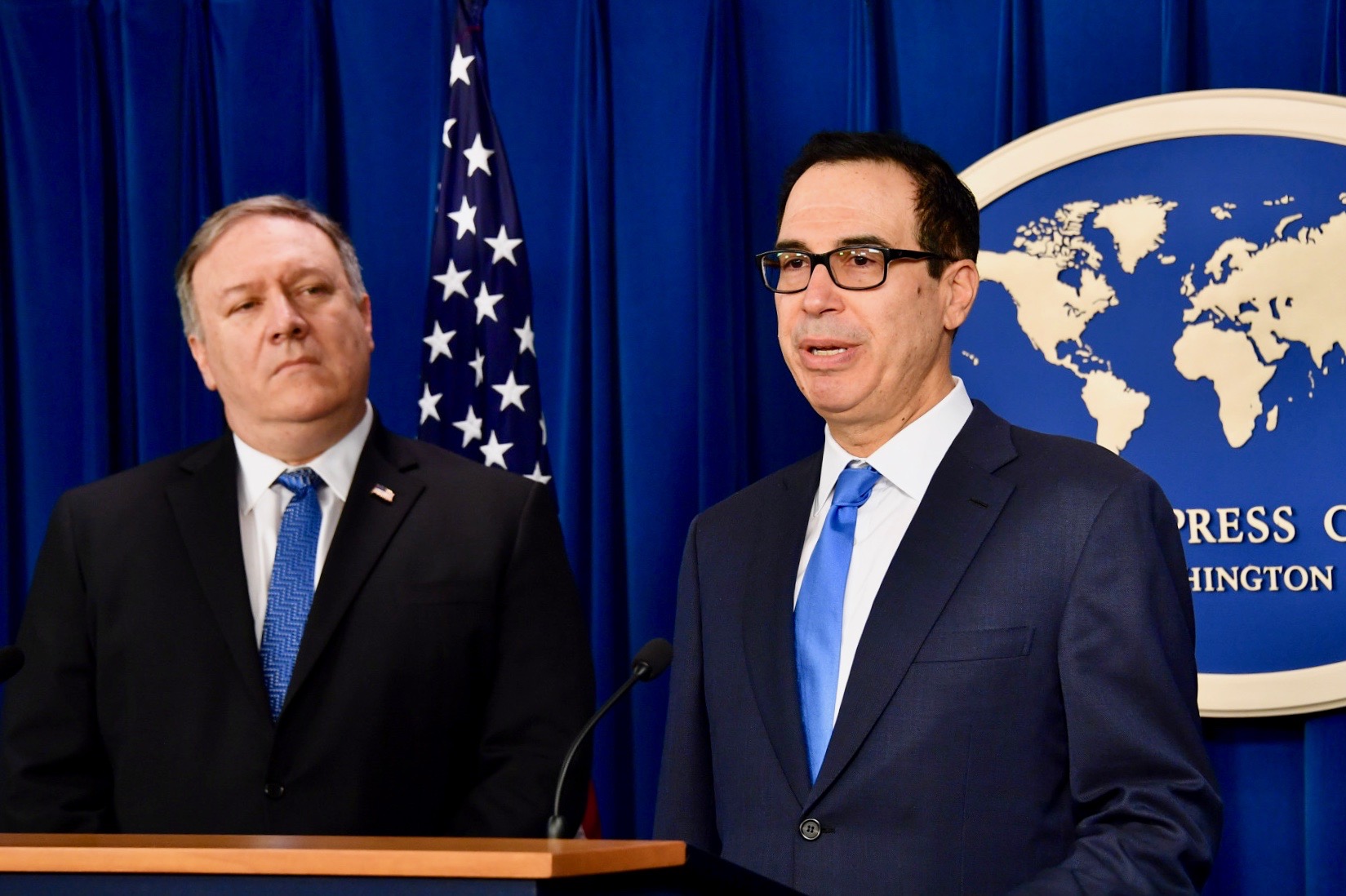 Despite mounting concerns that the American economy is headed for a downturn, the 56-year-old former hedge fund manager told CNBC this weekend that he doesn’t “see any signs of a recession” ahead.

“As it relates to the employment numbers, I wouldn’t focus on any one number: There’s plenty of volatility in these numbers,” Mnuchin told Hungerford. “We still see the growth in the U.S. as really quite strong.”

“We see no signs of a recession,” Mnuchin affirmed. “We see another strong quarter in the United States.”

As of this writing, the Atlanta branch of the secretive Federal Reserve bank is currently projecting economic expansion of only 1.5 percent during the second quarter of 2019. If that print holds, it would be less than half the revised first quarter growth rate of 3.1 percent.

In addition to May’s dismal employment data, there is also growing concern about plummeting production and slipping factor orders. Wage growth has also been flat.

The biggest concern, though? America’s ongoing trade war with China – which shows no sign of letting up anytime soon.

According to Mnuchin, U.S president Donald Trump will decide whether to move forward with additional tariffs against China later this month after a meeting with Chinese president Xi Jinping in Osaka, Japan.

Mnuchin said the two sparring geopolitical rivals “had a deal that was almost 90 percent done” but that “China wanted to go backwards on certain things.”

Trump’s tariff threats appear to have gotten him what he wanted in a recent standoff with Mexico, although the particulars of the immigration agreement his administration reached with the Mexican government remain undisclosed. This news outlet remains profoundly disappointed in Trump when it comes to fiscal policy, however we support his efforts to reset the global trade balance – and leverage tariffs to other ends.

As for Mnuchin’s claim that there are “no signs of recession” ahead, we disagree. In fact, we have been arguing for weeks that the economic growth seen during the first quarter of 2019 is “not sustainable.”

Hopefully we are wrong and Mnuchin is right …

For those of you keeping score at home, a recession is defined as a decline in gross domestic product lasting two successive quarters. America has technically been out of recession for the past decade, expanding economically ever since June of 2009.

Unfortunately that growth has remained substantially south of robust …