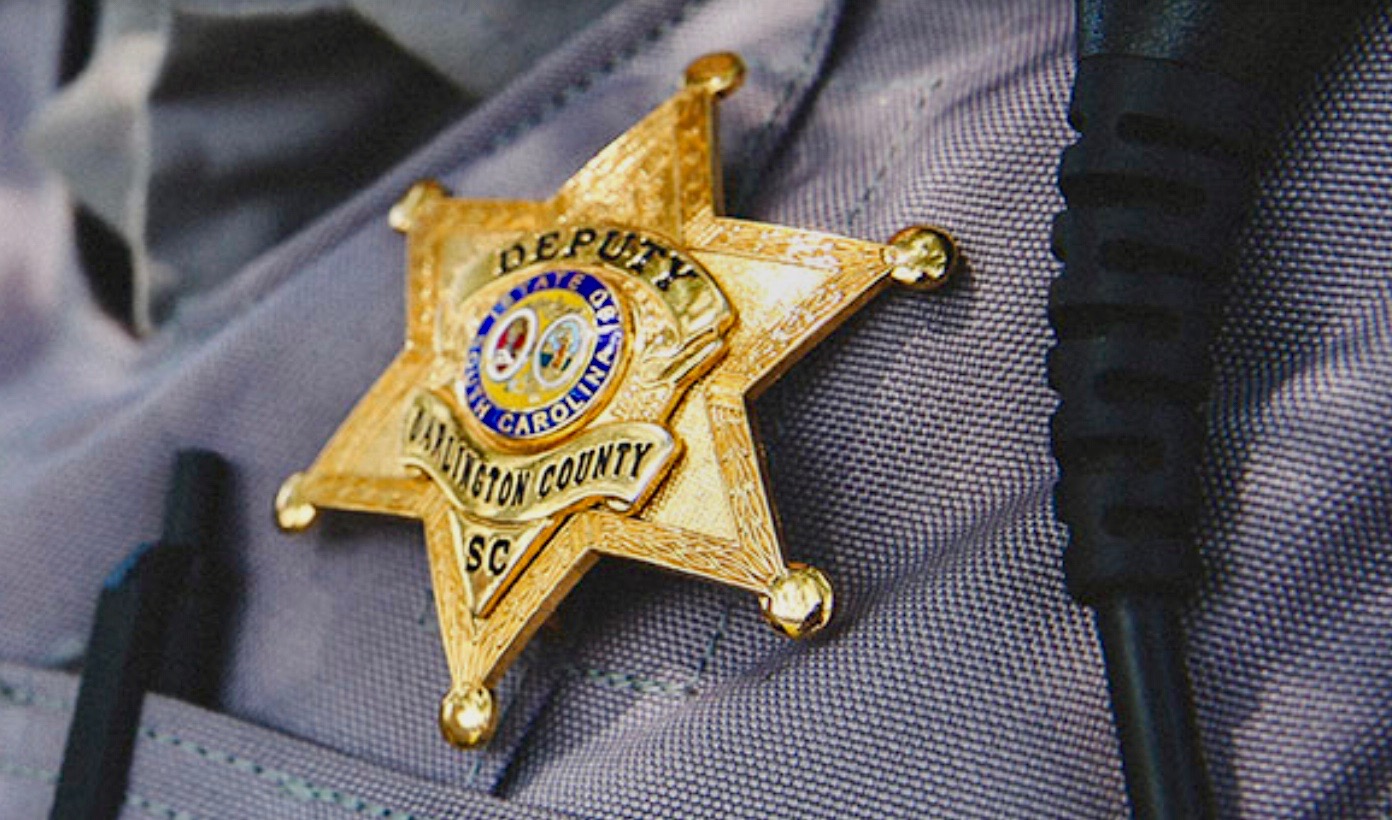 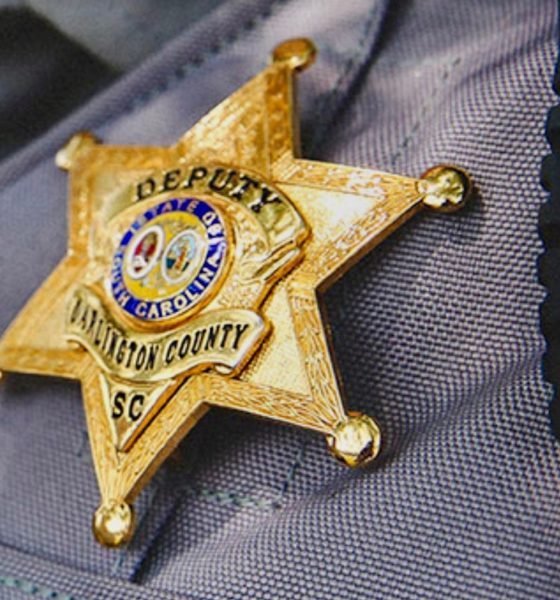 Another day, another drama involving sheriffs in scandal-scarred South Carolina …

Hours after announcing his candidacy for sheriff of Florence County, S.C., veteran law enforcement officer Darrin Yarborough was fired from his job as a major with the neighboring Darlington County sheriff’s office.

Yarborough – a lifelong resident of Florence County – had been working in Darlington County for the last few months after previously working under embattled Florence County sheriff Kenney Boone.

According to reporter Tonya Brown of WPDE TV 15 (ABC – Florence-Myrtle Beach, S.C.), Yarborough allegedly “got a call from an official with the Darlington County Sheriff’s Office saying deputies were coming to his home to get the Sheriff’s Office’s belongings.”

The call came just hours after Yarborough (above) announced that he would be seeking the Democratic nomination for sheriff of Florence County in 2020.

Darlington sheriff Tony Chavis declined to specify why his office terminated Yarborough’s employment. No violation was cited, a spokesperson for the agency simply told Brown that Yarborough’s services were “no longer needed.” Meanwhile, Yarborough insisted that he made his intentions about seeking the Florence County sheriff’s job perfectly clear to Chavis when he began working in Darlington County.

Yarborough is the third Democratic candidate to announce for this office, which Boone has held for the last fifteen years. Last month, Frizell Moore (originally of Lake City, S.C.) announced his intention to run, while veteran law enforcement officer Jody Lynch – the 2016 Democratic nominee – is planning to give it another go in 2020.

On the Republican side, former state trooper and high school football coach T.J. Joye has said he will challenge Boone in the GOP primary.

Why are so many challengers lining up to run against a four-term incumbent?

Boone has been a rapidly unspooling disaster for the last year-and-a-half. Most recently, he was featured in a recent exposé in The (Charleston, S.C.) Post and Courier chronicling the various misdeeds of South Carolina sheriffs. Although the paper could have popped Boone on any number of issues, its reporters chose to focus specifically on his menacing behavior toward a fellow government employee who had the audacity to question expenditures related to an apparent taxpayer-funded vacation for the sheriff’s family.

“If I don’t get a call back I’m gonna send a deputy around your house or wherever you are to find your ass,” Bonne barked at Yokim in one of the voicemail messages we obtained. “Call me now!”

“I tell you what, you come to me (unintelligible) cause I’m gonna beat the -” Boone thundered.  “Hell’s coming with me.”

“Payback’s gone be hell I promise ya,” Boone added.

News of the threats – and the related recordings – were exclusively published on our news site. Boone evaded any criminal charges in connection with this incident, but the public relations backlash was intense.

His response to the fallout?  Threatening those who criticized him …

“I assure you, and God is my witness, I will return the favor ten fold!!!” he wrote last summer on his since-deleted Facebook page.

Boone has also since deleted his department’s Facebook page.

Prior to that, he drew extensive criticism for refusing assistance from the S.C. State Law Enforcement Division (SLED) during a tragic shooting in a suburban Florence, S.C. neighborhood that left two law enforcement officers dead and five others wounded.

Boone also refused to allowed SLED to do its job and investigate the crime scene in the aftermath of the shooting – a job the agency does in virtually every other officer-involved shooting in the Palmetto State.

Boone didn’t like how SLED was managing the investigation, which involved one of its agents – Curlington’s wife, Genia Curlington.

Prior to all of that drama, there was his stint in rehab for an alcohol addiction in late 2017.

Still, barring some sort of seismic event Boone appears to be the odds-on favorite to win reelection in Florence County.

“I’m telling you, the people who really run this county want Boone,” a source familiar with the situation told us. “That’s their boy and they will do some dirty sh*t to make sure he is reelected.”