“We have received a request and will conduct a preliminary inquiry,” SLED spokesman Thom Berry told us.

Berry did not elaborate on the nature of this inquiry, however we have been able to gather some information related to the situation.

As we noted in our original report, Boone was allegedly threatened shortly after 7:00 p.m. EDT on Sunday at 418 Chatham Place in Florence – the home of his fiancée Anna Hovey.  Readers of this news site will remember Hovey and Boone’s relationship sparked much discussion in the Pee Dee region of the state two years ago.  Boone proposed to Hovey earlier this summer.  The two are to be married next month in Florence.

Not surprisingly, there are conflicting accounts as to what transpired at Hovey’s home on Sunday evening. 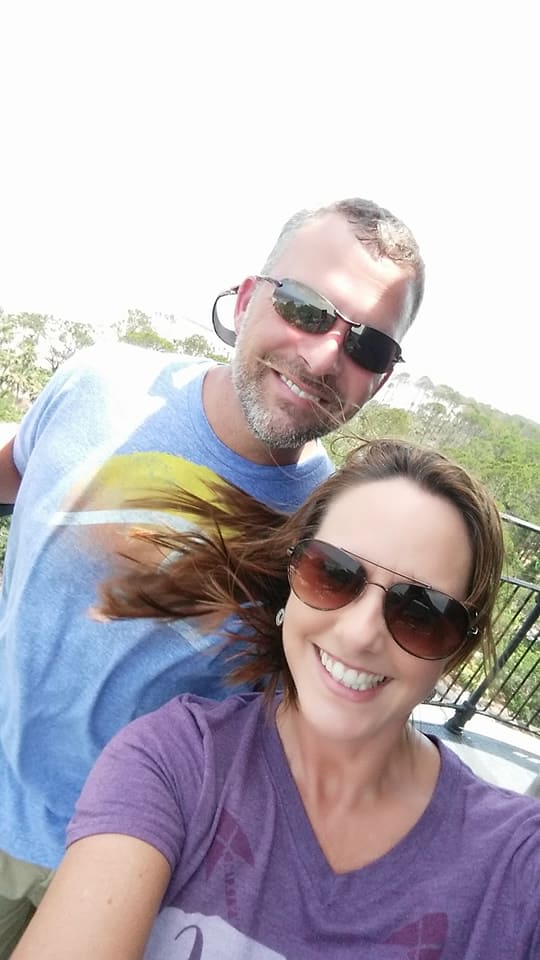 According to one version of events, Hovey’s ex-husband Alex Curlington (above) – an employee at the H.B. Robinson nuclear generating station near Hartsville, S.C. – threatened to kill Boone.  This threat was allegedly made in the presence of the sheriff, Hovey, Curlington’s current wife (Genia Curlington) and several of Curlington and Hovey’s children.

If so, Curlington could be in real trouble.

“Threatening the life, person or family of a public official is a felony in South Carolina,” we noted in our original report.  “Those convicted face up to five years behind bars.”

According to these sources, Curlington was merely upset because Boone posted a picture to his Facebook page showing him giving a kiss to one of Curlington’s children.

Cute, right?  Absolutely … and completely innocent as far as we can tell.

Of course we can certainly see how Boone’s decision to post this image on social media would send Curlington through the roof.  Frankly, posting the image showed poor judgment on the part of the sheriff – who is working to regain the trust of the community following a recent stint in a North Carolina rehabilitation facility where he was treated for an alcohol addiction (news of which also broke exclusively on this site).

Still, if Curlington indeed threatened to kill Boone – whatever the reason – that would be indicative of far worse judgment.  It would also be against the law.

“It’s okay to criticize elected officials … including calling them vulgar names and wishing them dead,” we wrote.  ” But you can’t threaten to kill them.  That’s when the right to free speech intrudes upon a greater liberty of another.”

Is that really what happened, though?

According to our sources, SLED begins interviewing subjects in connection with this investigation tomorrow (Wednesday, June 18).

Adding another layer of intrigue to this drama?  Genia Curlington is currently employed by SLED and is based in the Pee Dee region – which has reportedly been the source of “ongoing friction” as it relates to various criminal investigations in the area.

We are told Boone has flatly refused to cooperate on any case involving Curlington, forcing SLED to reassign her to other duties.

Whatever the outcome of this case, Boone has his work cut out for him if he wants to run – and win – a fifth term as sheriff in 2020.  We’re told several opponents are already lining up to run against him in the partisan primary and general elections, citing his overall “unfitness” for office.

Stay tuned … it sounds as though this drama is just beginning …

Southern Charm Legal Drama: Everybody Is Lawyered Up