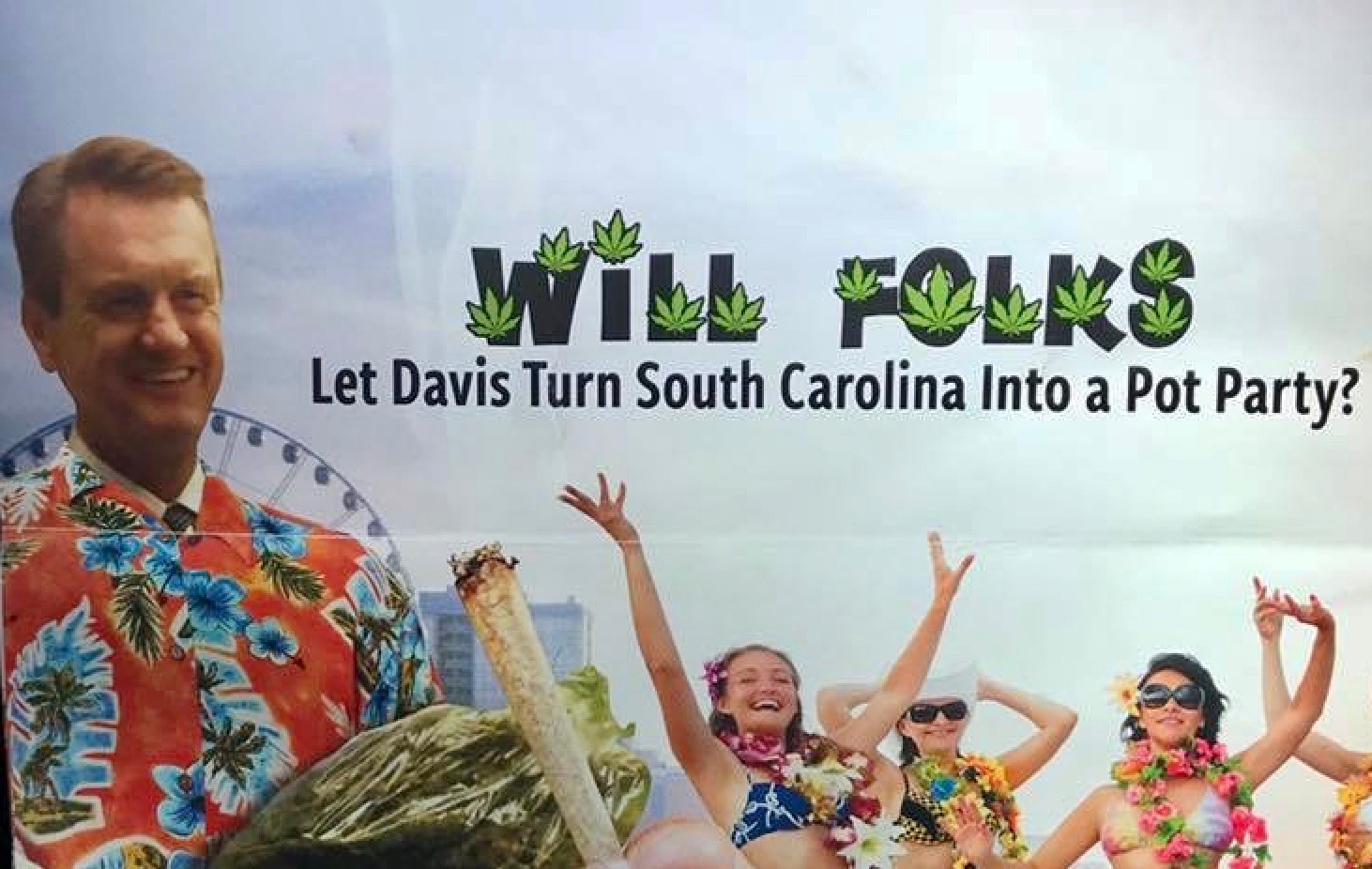 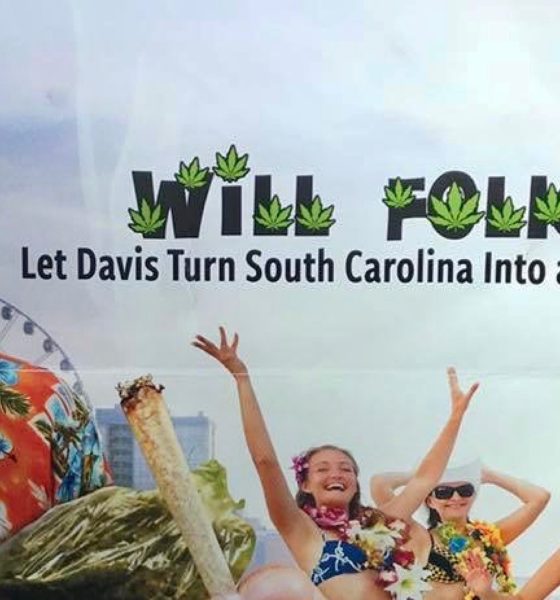 The mailings – sent by an anonymous third party group – seek to paint Davis’ advocacy on the issue of medical marijuana legalization in the worst possible light.

“Party Boy Tom Davis is pushing a risky plan to legalize medical marijuana here in South Carolina,” one of the mailings noted.

Is that true? No … in fact this news outlet has repeatedly criticized Davis’ bill – S. 366 –  as being “too narrowly drawn” and containing “draconian” restrictions.

Nonetheless, the mailing appears to focus on our founding editor – an unpopular figure at the State House who has made enemies on all sides of this controversial issue.

Of interest? The mailings started showing up just days after another prominent medical marijuana supporter – state representative Mandy Powers Norrell – announced her intention to pass legislation cracking down on “dark money” expenditures in the Palmetto State.

Personally, we think the mailings are amusing … but not everyone who received them saw the humor.

S.C. House judiciary chairman Peter McCoy, who along with Davis and Norrell has been a primary supporter of medical marijuana legalization, blasted the anonymous mailings.

“Just got this in the mail,” McCoy tweeted. “No disclosure as to who paid for it. It’s highly offensive this trash mockery is sent in the mail, let alone with no disclosure, when people across our State are suffering. Have you no shame. Proud to stand with Tom Davis to continue this fight.”

Legalizing marijuana for medical purposes has strong public support, and support for recreational legalization is growing. Still, opposition from law enforcement remains monolithic – and S.C. governor Henry McMaster has made it clear he will oppose any bill that does not have the support of the S.C. State Law Enforcement Division (SLED) and its chief, Mark Keel.

Earlier this week, we ran a report in which SLED outlined its ongoing objections to Davis’ bill.

“This legislation, however well intentioned, is a Pandora’s Box, full of unintended consequences and hazards we are only beginning to understand,” SLED spokeswoman Kathryn Richardson told us. “We support medicine that is prescribed by a doctor, dispensed by a pharmacist, and approved by the FDA. This legislation lacks all three of these important requirements.”